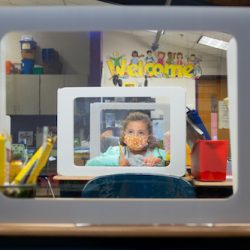 In response to the global COVID-19 pandemic that has now killed over 1 million Americans, the federal government has allocated billions of dollars in funding for schools. Known as the Elementary and Secondary School Emergency Relief Fund (ESSER), the funds were distributed in three separate tranches: ESSER I – On March 27, 2020, Congress set aside approximately $13.2 billion of […]

END_OF_DOCUMENT_TOKEN_TO_BE_REPLACED 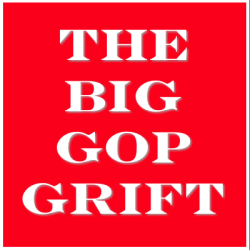 With three unelectable candidates at the top of the ticket this year, Michigan Republicans are struggling to raise money from their hapless donors. This is likely what is pushing them to tell their donors outright lies about the state of the race which is precisely what they did with a fundraising email sent out today. The email screams, “GOP nominee […]

END_OF_DOCUMENT_TOKEN_TO_BE_REPLACED 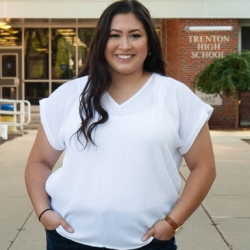 In a year when local school board races have turned into referendums on Donald Trump’s ultra-MAGA agenda, there’s one candidate for a local school board who is putting students and teachers above her own campaign. Hana Mitsusada-Boylan is running for the Trenton Public Schools Board of Education in the Downriver area of Michigan, just south of Detroit. In the middle […]

END_OF_DOCUMENT_TOKEN_TO_BE_REPLACED 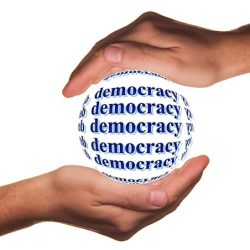 The following guest post was written by Michigan State Representative Mari Manoogian. Every day, it seems, we learn something new about investigations of the January 6th Committee and other investigations by various law enforcement agencies into the Big Lie. Former President Trump’s election lies and his supporters’ subsequent attacks on our democracy shocked all of us — and understanding the […]

END_OF_DOCUMENT_TOKEN_TO_BE_REPLACED 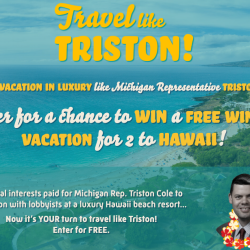 In 2018, multiple prominent Michigan Republican legislators flew to Hawaii on at least two separate occasions, paid for by the California-based Institute for Research on Presidential Elections. As reported by Bridge Magazine, the trips, which also included trips to Puerto Rico and elsewhere, were part of an effort to change the way our presidents are elected: More than 20 Michigan […]

END_OF_DOCUMENT_TOKEN_TO_BE_REPLACED 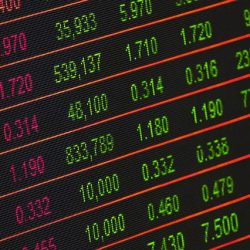 The following post was written by Rochester Hill resident Neil Oza, a longtime Democratic Party activist and now candidate for the Michigan State House in the 55th District. As prices continue to rise across the board, the need for a level economic playing field is heightened too. Right now, members of Congress have the rare opportunity to pass widely popular, […]

END_OF_DOCUMENT_TOKEN_TO_BE_REPLACED

The most important races on the ballot that nobody cares about – wsg Stephen Pontoni of Michigan Assoc. for Justice

Stephen Pontoni on Twitter: @StevePontoni Michigan Association for Justice on Twitter: @MI_Justice Michigan Association for Justice’s website: MichiganJustice.org Senator Lana Theis accused me by name of grooming and sexualizing children in an attempt to marginalize me for standing up against her marginalizing the LGBTQ community…in a fundraising email, for herself. Hate wins when people like me stand by and let […]