The following post was written by Jonathan Sharp. Jonathan is the CFO of the Birmingham, Alabama-based, Environmental Litigation Group, PC, a law firm specializing in toxic exposure cases that helps individuals injured by hazardous chemicals on US army installations. 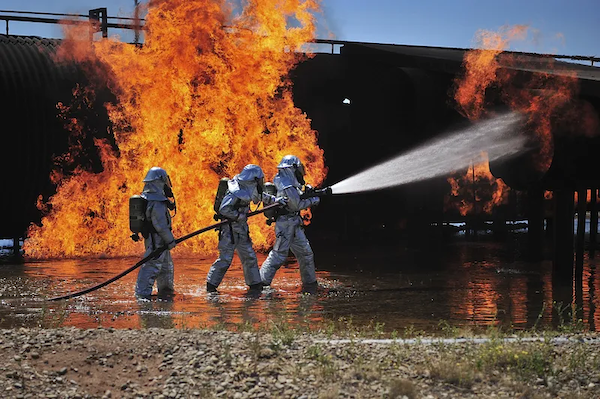 Over the past hundred years, the US army has dealt with the lasting consequences of its negligent handling and disposal of hazardous substances in and around its bases. Without even knowing, countless troops and dependents serving and living on contaminated military installations were exposed to various toxins known to trigger life-threatening illnesses.

In high-profile cases like North Carolina’s Camp Lejeune, contamination went undetected for over three decades. However, before environmental concerns even registered as issues, the base’s reputation was already mired by the racist treatment African American recruits were subjected to during the 40s.

The twin issues of systemic discrimination and environmental injustice are all too familiar for vulnerable minority groups, such as Michigan’s marginalized Black communities, who suffer a disproportionately higher burden of toxic exposure.

The Military’s Environmental and Discrimination Issues

Built in 1942, Camp Lejeune was the first Marine Corps base to train Black recruits to serve in WWII, but their treatment was anything but fair during an era when Jim Crow laws were the norm. The 20,000 Black recruits who trained on the base during its initial years were segregated to the vastly inferior Point Montford facility located on Camp Lejeune’s swampy outskirts and were regularly mistreated by their white superiors and colleagues.

After desegregation, African American marines were no longer restricted to Point Montford, but none could anticipate that it meant they would be stationed in previously white-only areas at Camp Lejeune, where contamination was prevalent from 1953 to 1987. During this period, close to 1 million marines and their accompanying families were exposed to a slew of chemical hazards, including notorious carcinogens like benzene, vinyl chloride, halogenated hydrocarbons, trichloroethylene (TCE), perchloroethylene (PCE), and perfluoroalkyl substances (PFAS).

Even today, African American service members face a higher risk of toxic-related injuries due to their lower representation in military positions of authority (only 9% of army officers) and a deep-rooted culture of racism. Relegated to mostly lower-ranking roles, enlisted Black personnel (19% of the total) spend more time around chemical hazards in contaminated locations as part of their duties.

Disappointingly, the army’s plethora of toxic issues inadvertently contribute to a more insidious phenomenon affecting disenfranchised ethnic communities across the US known as “environmental racism.” The racist zoning policies of the 20th century drastically devalued land in vulnerable minority neighborhoods, providing a cost-effective solution to situate industrial facilities, army bases, traffic routes, landfills, and other pollution sources, often at the expense of local’s health. In states like Michigan, events like the Flint Water Crisis and Detroit’s extensive environmental injustice issues illustrate the dangers that minority communities are frequently faced with, which are only compounded by toxins originating from military installations.

For decades, the army has relied on PFAS-ridden aqueous film-forming foam (AFFF) to extinguish difficult jet fuel blazes and has used the substance in firefighting training scenarios. As a result, more than 700 bases across the country are contaminated with PFAS compounds to varying degrees (expressed in parts per trillion or ppt), with Michigan hosting ten such locations, including:

In 2016, the EPA’s health advisory deemed PFAS concentrations exceeding 70 ppt unsafe. Even so, while these installations are counted among the 247 PFAS-contaminated locations in Michigan, none figure among the state’s 68 Superfund sites, which would incur extensive cleanup efforts that would protect the health of surrounding communities.

Between 2016- 2020, the Department of Defense (DoD) demonstrated a profound disregard for public health by clandestinely incinerating over 20 million pounds of AFFF which released airborne PFAS contaminants, often in the vicinity of low-income ethnic communities. Furthermore, the DoD’s reluctance to acknowledge its role in contamination at sites like Wurtsmith AFB prevents affected veterans and residents from accessing rightful benefits and compensation for their struggles.

In 2019, a study analyzing pollution’s effects found that African Americans inhale 56% more airborne toxins than they contribute to, a highly concerning fact in light of air pollution’s correlation to higher COVID-19 mortality. Concurrently, the EPA notes that man-made climate change is likely to increase African Americans’ risks of childhood asthma and heat-related deaths.

Combating environmental racism’s lasting consequences and ensuring the safety of vulnerable communities requires comprehensive legal action that addresses environmental crime at its core. Though criminal convictions and updated laws have previously deterred polluters, financially-potent individuals and organizations with a vested interest in maintaining the status quo may leverage their influence to protect their bottom line, even at the expense of public health. Discouragingly, marginalized communities often don’t possess the resources to confront such groups in expensive litigation that can unfurl over years.

Despite the setbacks and challenges, America’s centennial toxic contaminant issues remain a focal policy point for state and federal authorities. In August 2020, Michigan led the way in reducing permissible PFAS concentrations to levels even lower than the EPA’s 2016 recommendations. In June 2022, the EPA updated its health advisory for PFAS by drastically reducing acceptable concentrations from 70 ppt to a meager 0.004 – 0.02 ppt standard.

Programs such as Biden and Harris’ Justice40 seek to further support vulnerable communities by directing 40% of future climate investments toward areas affected by pollution and toxic exposure. In August 2022, the Honoring Our PACT Act passed with overwhelming bipartisan support, providing veterans and their families easier access to comprehensive benefits and compensation through the VA for their struggles with chemical hazards.