The following post was written by Jessica Beasley (she/they), a Senior Manager of User Experience Design at a tech company and longtime resident of Michigan. She lives in Ypsilanti Township with her spouse and an inadvisable number of cats, and mostly uses Twitter to tweet about trans stuff at @JessicleCats. 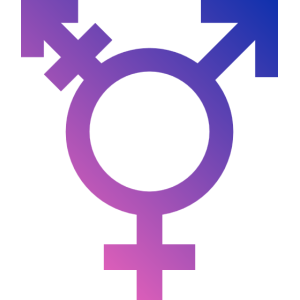 The topic of Jessica’s essay is personal for me. My wife and I have a trans nephew and we have seen up close and personal how much the experience of seeking gender-affirming care is a challenging process for the entire family, even a family that is fully supportive and engaged. The fact that there are callous, heartless Republicans that would put his parents in prison forever for seeking to make help him through this challenging but exciting transition enrages me.

But let’s be honest: These Republicans know that this legislation will never become law in our state. This is performance legislating to rile up the most horrible dregs of our society for whom the cruelty against non-white, non-straight, and, all too often, non-male members of our communities is exactly the point. They see the world as a place where those who don’t conform to their puritanical vision of America should have their lives made miserable, forcing them to live in constant terror of what will happen next.

What these disgusting bigots fail to comprehend is that Michigan is so much better than this. While there is a small fraction of our population who get pleasure from deliberately harming others who are already vulnerable and struggling in society, most of us are good, caring, decent people who, when helped to understand the situation of others, open their hearts and welcome diversity. We won’t let those with stunted, un-evolved worldviews inflict their cruelty on others in our communities.

The nationwide attack on transgender people has returned to Michigan in the form of House Bill 6454, which was introduced by house Republicans on October 11th. This bill would make it a crime for parents to get gender-affirming medical care for their trans children. In fact, it makes it a first-degree child abuse crime, punishable by life in prison. This includes not only rightwing fever dream of children receiving surgery, but also hormone replacement therapy, and even puberty blockers that simply give kids more time to explore their gender.

This type of care follows medical and psychological best practices. For some kids, this is what they need to feel happy and comfortable in their bodies. Without it, there will be trans children that will experience their bodies transforming in ways they don’t want, and knowing that it didn’t have to be that way. To be blunt, if this law goes into effect, children will suffer and some will die due to suicide. This is the kind of law you pass if you want to reduce the number of trans people in the world. It’s premised on the idea that we are bad and wrong.

Bills like this are part of an escalating attack. A couple of years ago bathroom bills were meant to drive trans people out of public life. More recently states have passed bills to ban trans students from playing sports – a solution to an imaginary problem. And even as these laws against medical care for children pop up around the country, the talking points have shifted to banning it for adults.

Who are the authors of this bill – the people that want to hurt children just to energize their base?

This is an attack not just on children, but part of Republicans’ attack on everybody’s bodily autonomy. Now is the time to contact your representative. We must stop this bill from ever leaving the House.