Election deniers, extremists are ramping up attacks on democracy. Here’s how.

The following essay was written by Dianne Byrum. Dianne is a former state Representative and state Senator and is currently a Michigan State University trustee and the Michigan Director for Defend Democracy Project.

Over the summer, the January 6th Committee presented overwhelming evidence proving that Donald Trump and his extremist supporters in the Republican Party planned, promoted, and paid for a conspiracy to overturn the people’s will and install Trump as president. This led to a violent attack on the Capitol in a blatant attempt to stop the peaceful transfer of power. Although that day was terrifying, this threat didn’t end on January 6th. With mid-term elections just around the corner, the threats are more evident than ever that this movement of election deniers and radicals, led by Donald Trump, continues to undermine elections, avoid accountability, and threaten our right to vote.

In Michigan, conspiracy theorists, election deniers, and Trumpist Republicans are continuing what they failed to do on Jan. 6, 2021. The war that they waged after the 2020 election continues. Their ongoing plot to pick and choose who can vote and overthrow elections that they know they’ve lost is a direct threat to people who disagree with them. 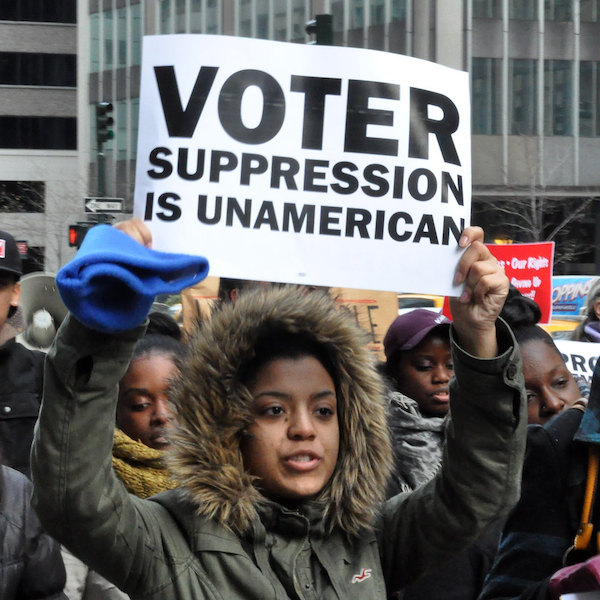 Across Michigan, election deniers are training rogue poll workers and encouraging Trump-allied constituents to threaten and harass state and local election officials. A new survey found that almost half of Michigan local officials report harassment and abuse, far higher than the national average of 17 percent, and nearly four out of five election workers noted that the threats have increased in recent years, which is dangerous with midterm elections right around the corner. Local political leaders and election deniers are now even hosting training sessions for poll workers where they encourage breaking the law.

Finally, election deniers are pushing more and more initiatives, lawsuits, and legislation that would impose voting restrictions. One of these, the so-called “Secure MI Vote” petition, proposes new restrictions to Michigan elections mirroring suppressive legislation passed by the state legislature and vetoed by Gov. Gretchen Whitmer. The petition would impose duplicative and restrictive voter ID regulations for in-person voting and discriminate against disabled voters by barring qualified caretakers to return absentee ballots. The same people behind these voter suppression measures are working to defeat Michigan’s Proposal 2 ballot initiative, which enshrines the right to vote in Michigan’s Constitution, helps ensure that eligible voters can cast their ballot without intimidation or interference, and ensures Michiganders in the military who are protecting our freedom abroad will always have their votes counted and their voices heard.

If election deniers’ attempts come to fruition throughout Michigan, the way we exercise our right to choose our own leaders will be fundamentally changed – and not for the better.

In Michigan and across the nation, extremist politicians and election deniers threaten our freedom to pick our representatives and this will affect our other freedoms such as the freedom for women to make their own medical decisions and their right to access abortion.

Michiganders are rightfully concerned that election deniers and their tactics are dangerous to our democracy and to every eligible voter’s right to be heard. The congressional committee investigating attacks on our democracy are uncovering the full extent of the criminal conspiracy to hijack American democracy. The committee’s findings of fact deserve to be shared with all Americans. And those who tried to take away our vote must be held accountable before they do any further damage.