With three unelectable candidates at the top of the ticket this year, Michigan Republicans are struggling to raise money from their hapless donors. This is likely what is pushing them to tell their donors outright lies about the state of the race which is precisely what they did with a fundraising email sent out today. The email screams, “GOP nominee for Governor Tudor Dixon is cutting into Gretchen Whitmer’s lead… and polling aggregate FiveThirtyEight is now rating this race as a TOSS-UP!” 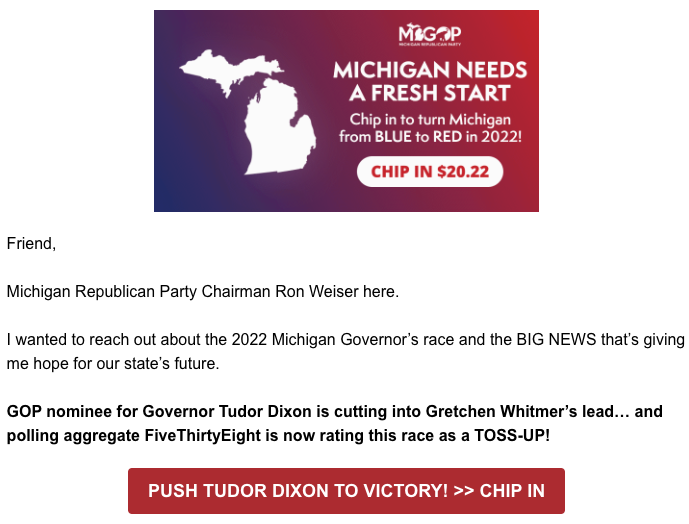 The truth, as you may have already suspected, is that none of this is true. Since mid-August, immediately following the GOP convention where Dixon was chosen as their nominee, FiveThirtyEight has shown little movement in the gap between the two: 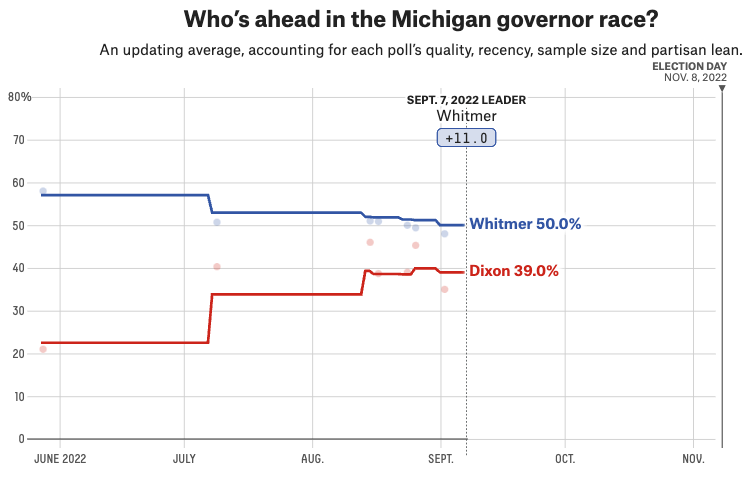 FiveThirtyEight has had Governor Gretchen Whitmer’s chances of beating Dixon at a nearly constant level since early summer: 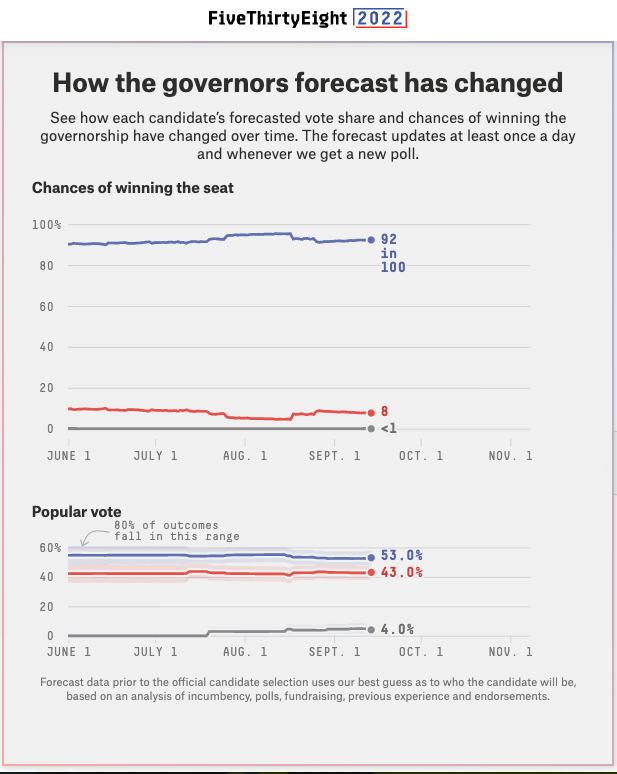 I mean, when it comes to FiveThirtyEight, things are looking epically bad for the failed businesswoman: 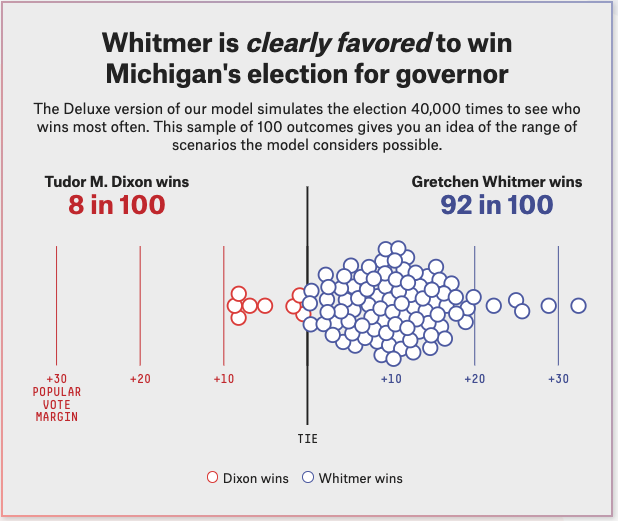 But, when it comes to The Big Grift, nobody is as shameless as Republicans and with Ron Weiser and Meshawn Maddock at the helm, Michigan Republicans are among the worst.

Their donors are so lacking in curiosity and desire for truth, they’ll lap up whatever pablum GOP leaders feed them, unquestioning and gullible.

They are a flock primed for the fleecing and the Michigan Republican Party is happy to do it.