Want to #RestoreRoe in Michigan? Here’s what to do and what NOT to do to support Prop 3! 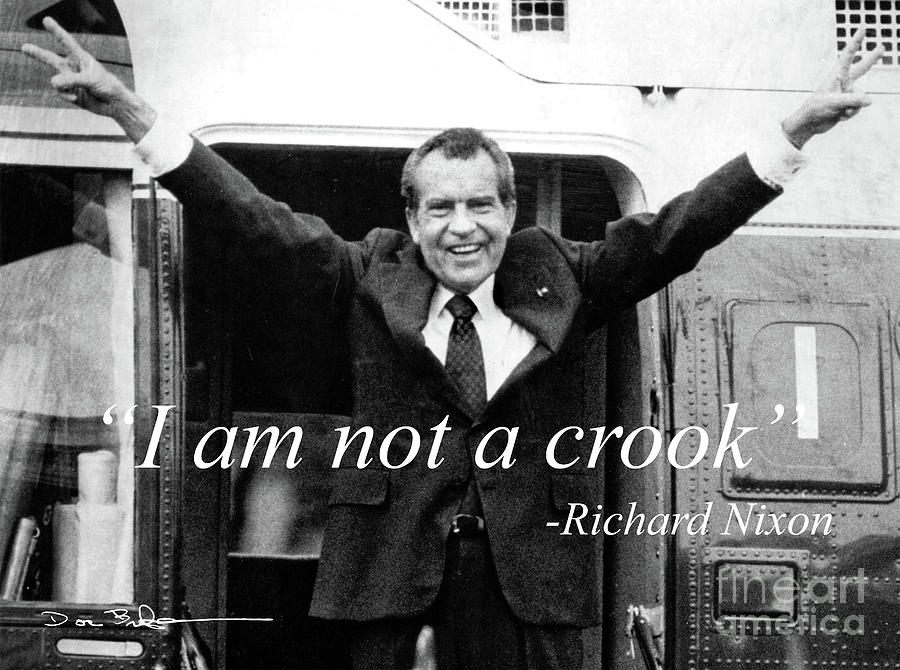 Forty-nine years ago, after being exposed as a criminal, then President Richard Nixon uttered the phrase “I am not a crook!” during a press conference in Orlando, Florida.

This statement had literally the opposite effect from what Nixon intended. Nobody who heard it believed it because the evidence was so strong that he was, indeed a crook. In fact, all it did in the minds of most people was reinforce the fact that Richard Nixon was a crook.

As we head into the final two weeks of the 2022 election season, reproductive health care rights are on the ballot. That’s true in a real way in Michigan where the outcome of Proposal 3 – the Reproductive Freedom for All ballot proposal – will determine whether or not Roe is restored in our state.

Right to Life of Michigan is plastering the state with signs saying, “Too confusing, too extreme”. It’s a trap they have set for pro-repro rights advocates who immediately began shouting that it is “NOT too confusing!” and “NOT too extreme!” in some form or another. Some graphics folks have even made their own versions of the signs, right down to using the same exact graphical design.

This approach is a modern-day version of “I am not a crook!” It engages anti-abortion zealots on their own turf, repeating their message and helping it spread. As communications specialist Anat Shenker-Osorio tells us again and again (including in this important Twitter thread), that’s a losing proposition:

Addressing right-wing claims by rebutting them is handing the GOP a club and hoping they don’t hit you with it. Whether it’s Nixon telling us he’s not a crook or Biden repeating he doesn't want to defund police, negating constructions simply reinforce the original claim. /1

The right approach is to inform voters what Proposal 3 does and to do it in a way that negates our opponents’ message without explicitly repeating it.

Here’s an example that borrows from the Race Class Narrative approach developed and championed by Shenker-Osorio:

After 50 years, anti-abortion extremists on the U.S. Supreme Court took away a fundamental right for over half the people in America: the right to obtain an abortion. In Michigan, we have the opportunity to #RestoreRoe and return the rights through Proposal 3 that involve all things related to pregnancy.

However, some extremists want return our state to a draconian 1931 law that criminalizes abortions. They are telling lies about what Proposal 3 will and won’t do because they know that the majority of Michiganders support it.

Here are the facts about Proposal 3:

It’s not hard to imagine a future after Proposal 3 passes because it will look the same with regard to reproductive rights as it has for the past 50 years. And no matter what we look like or where we’re from, we ALL want to have control over our own bodies, our own medical decisions and health care, and our own choices about starting and raising a family.

If we all come together and vote YES on Proposal 3, we can stop anti-abortion extremists from taking us back a half century.

Note that there is nothing negating here. It states the problem, calls out the villains, presents a positive argument for the issue at hand, offers a collective call to action, and finishes with an aspirational vision for the future (which, ironically in this case, means not returning to the past.)

So, please please please stop repeating the frame of Right to Life on Proposal 3. Stop posting your own version of their logo and signs and quit negating their talking points directly. Using the more affirmational approach will pay dividends on Election Day and we can truly rejoice that we have kept anti-abortion extremists from taking away a right we’ve had since January 22, 1973, the same year that Richard Nixon uttered the now-infamous phrase “I am not a crook.”

Want more information? You can learn more about Proposal 3, get involved with the campaign, and make a donation at RestoreRoe.com.