The Michigan State Legislature, under the leadership of Mike Shirkey and Lee Chatfield has furthered the ‘boys club’ misogyny that has been present for years, its leaders have actively supported the insurrectionist militias that have attacked the Michigan and U.S. Capitol buildings, and has been incredibly backward in its view of LGBTQ+ rights. It being February, and Black History Month, it is worth pointing out that the policies, words, and actions that the Michigan legislature has taken over the last several years have also disproportionately negatively affected people of color, as well. 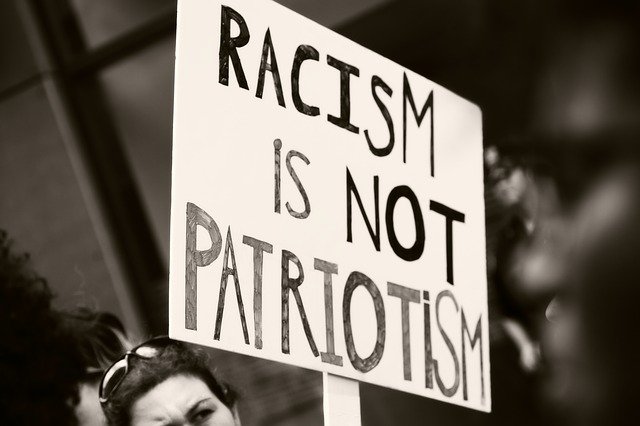 Perhaps, if a diversity of voices were in the room, republican legislators would have realized that in 2021, it is not a good idea to wear a mask with the flag of the confederacy on it and, when you are called out, don’t blame your spouse. Senator, you knew what that mask looked like and what that flag represents.  Do better.  It is frankly quite lucky for you that there have been zero consequences whatsoever.

Perhaps if they had a diversity of voices in the room, they would know that comparing abortion to slavery was not a good idea.

Perhaps if they had any diversity, or surrounded themselves with anyone who does not look just like them, they would not be hearing from the media, for the first time that calling COVID-19 what they did was xenophobic and offensive.

Perhaps if there were any diverse voices in the room, they would have known that to respond the way they did to a resolution recognizing Black Maternal Health Week was and still is racist.

From such situations as the #mileg Senate Majority Leader asking me “why not all mothers” when I asked him to co-sponsor my resolution to recognize #BlackMaternalHealthWeek, to a colleague wearing a Confederate flag mask to session last April w/ no recourse… 1/4 #SIXBHM https://t.co/lWTmhz1534

(Those last three were embattled Senate Republican Leader Mike Shirkey, by the way).

Meanwhile, cultural appropriation is in full swing for the Michigan Senate Republicans, as they continue to host an in-person fundraiser, in the middle of a pandemic, on Cinco de Mayo with culturally insensitive graphics. This is abhorrent in good times, but especially bad today where, in Michigan, people of color have a higher likelihood of contracting and dying due to COVID-19 than anyone else, and they are also shown to have less access to the available vaccines.

These are supposed to be our state’s leaders. But they have failed to live up to the mantle of leadership time and time again on these issues. None of the Senators above were punished or reprimanded for their behavior. But let’s consider one Representative who was punished.

Take Detroit Democratic Representative Cynthia Johnson, who was one of several Democrats that were appointed to the House Committee on Oversight in 2020. This committee was responsible for holding hearings after the November General Election. You might remember it for being the venue where Rudy Giuliani was welcomed to spout the former President Trump’s election conspiracies for hours.

Representative Johnson stood up for Michigan’s, and especially Detroit’s, election integrity that night, and in the hearings to follow. As a result, she received racist messages and death threats from many sources. She posted a video in response to these threats. As a result, Speaker Chatfield stripped her of her committee assignments. It seems like Republicans are all for First Amendment rights, unless you are a democratic lawmaker. Republican lawmakers have not exactly been known for their temperate rhetoric over the last few months, especially around the results of the November Election.

Further, Representative Johnson was not kept abreast of the crucial information relating to the threats against her life by the Republican leadership. Personally, during the plot to kidnap and dismember me in my third term in 2011, I was notified immediately, briefed and kept up to date throughout the course of the investigation. It is shameful that republicans could not even extend or offer that courtesy to her.

Oh, and by the way, it was later found out that one of these threats came from someone who later was arrested for calling in a bomb threat to the State Capitol.

Republicans have had opportunities to pass meaningful legislation to provide protection against discrimination for people of color each and every term in the legislature in memory, with very little progress. One such example is a bill to prevent hair discrimination, a practice which disproportionately affects women of color, which was introduced last term by Representative Sarah Anthony, with no progress. The bill was recently reintroduced by Representative Anthony, again and it is my hope that it is finally given due consideration.

In August of 2020, Governor Whitmer issued an executive directive to declare racism a public health crisis, create the Black Leadership Advisory Council, and require implicit bias training for state employees, months after Democratic members of the Michigan Senate had introduced bills to do something similar without any success.

It is well beyond time for Michigan’s state legislative leaders to work on behalf of all of the people of Michigan, and the House and Senate Republican caucuses can and must do more for people of color in our State. Ultimately, it starts with the voters in every district to lift up the voices of people of color by electing them to office. Until such a time as that happens, Republicans in Lansing must listen to their colleagues and better empathize with those BIPOC in their districts. Oh, and retire the confederate flag already.