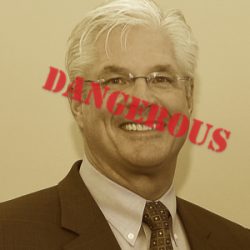 Yesterday, I wrote about the one year anniversary of the first diagnosed COVID case in Michigan.  Today, I want to spend some time talking about the coordinated attacks Governor Whitmer has faced as she has tried to save the lives of Michiganders.  I have shared my previous thoughts on Senator Mike Shirkey. But those were merely his words and actions […]

END_OF_DOCUMENT_TOKEN_TO_BE_REPLACED 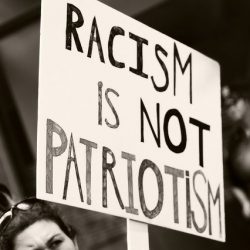 The Michigan State Legislature, under the leadership of Mike Shirkey and Lee Chatfield has furthered the ‘boys club’ misogyny that has been present for years, its leaders have actively supported the insurrectionist militias that have attacked the Michigan and U.S. Capitol buildings, and has been incredibly backward in its view of LGBTQ+ rights. It being February, and Black History Month, […]

END_OF_DOCUMENT_TOKEN_TO_BE_REPLACED 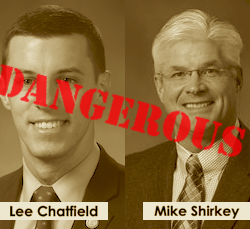 Yesterday I highlighted the bad behavior of the Michigan Senate Majority Leader, a handful of his colleagues, and the sexist environment that they have engendered through decades of underrepresentation for women in the halls of power in Lansing. But misogyny is not their only sin, so I thought it appropriate to share another.  The recent impeachment trial of Former President […]

END_OF_DOCUMENT_TOKEN_TO_BE_REPLACED 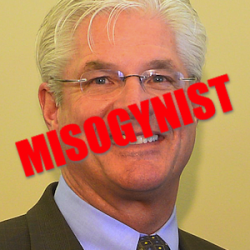 The Mike Shirkey I knew when I served in the Michigan House of Representatives was just as bad as the one we see today. I called him vile in 2012 and that description continues to hold true.  Being term-limited has only emboldened him to say terrible and misogynistic things out loud because he knows that he will never be held […]

END_OF_DOCUMENT_TOKEN_TO_BE_REPLACED 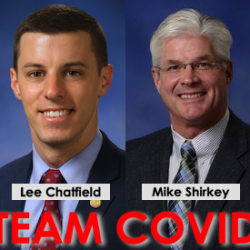 Michigan Republicans make it crystal clear: They are on TEAM COVID

On May 6th, Michigan Republicans sued Governor Gretchen Whitmer to prevent her from taking action to protect Michigan residents from a rampaging coronavirus which causes the all-too frequently fatal COVID-19. By October, the Republican-led state supreme court agreed with them and ended her emergency powers just as another wave of COVID-19 infections was beginning to appear. Since then, Gov. Whitmer […]

END_OF_DOCUMENT_TOKEN_TO_BE_REPLACED 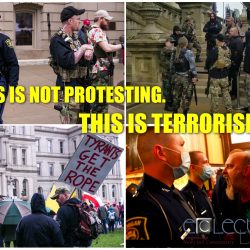 END_OF_DOCUMENT_TOKEN_TO_BE_REPLACED

After agreeing to study determining the cost to educate a child in Michigan, GOP now poised to kill “this crazy study”

Education cost study? We doan need no stinkin’ education cost study! As part of the package of legislation passed to put Proposal 1 on the ballot, Republicans agreed to fund a study of the costs to educate a child in Michigan. Democrats pushed for the study so that smart choices regarding the funding of schools can be made in the […]

END_OF_DOCUMENT_TOKEN_TO_BE_REPLACED

Non-problem: solved! Michigan Republican Represenative Mike Shirkey introduced House Bill 4044 last January. The bill’s intent is to ensure that companies selling health insurance on the Michigan health care exchange that was made possible by the Affordable Care Act can sell insurance off the exchange as well. Here’s the bill in full: Notwithstanding any law to the contrary, an insurer […]

END_OF_DOCUMENT_TOKEN_TO_BE_REPLACED

Somehow after Right to Work, they found yet another way to weaken unions: pitting them against each other

Back in the 1930s, our country was wrestling with the idea of labor unions and what rights they should be given. One way corporations, primarily the large automakers, used to keep unions week was implement “proportional representation”. In other words, workers would vote on which union would represent them and then they would be represented by that specific union. In other words, several unions could be bargaining on behalf of different employees at the same shop.

Through proportional representation, the automobile manufacturers were able to keep union members squabbling amongst themselves and forced the unions to fight for a smaller number of workers rather than cooperating for the good of all workers. It’s easy to see why “collective bargaining pluralism” was so attractive to the car makers. Fortunately, with the passage of the Wagner Act in 1935, it was sent to the rubbish bin in favor of exclusivity.

END_OF_DOCUMENT_TOKEN_TO_BE_REPLACED

On January 15th, Americans for Prosperity held a “Citizens Watchdog Training” in Warren, Michigan. As usual, the entrance fee was a nominal $10 because he entire event was heavily subsidized and underwritten by the Koch Brothers-funded corporate front group.

At the event, tea party Senator Patrick Colbeck was very forthright in explaining how multimillionaire Dick DeVos and Michigan Republican Chair Ron Weiser bankrolled the effort to make Michigan the country’s 24th Right to Work state. Audio and transcript after the jump.

END_OF_DOCUMENT_TOKEN_TO_BE_REPLACED

Tut, tut, Mike When I last wrote about Right to Work (for less) cheerleader State Rep. Mike Shirkey, it was it was discovered he took federal Stimulus dollars for his company and then laid people off. Michigan state Representative and advocate for making Michigan a Right to Work for Less state, Mike Shirkey, has been busted for showing higher than […]