Yesterday, I wrote about the one year anniversary of the first diagnosed COVID case in Michigan.  Today, I want to spend some time talking about the coordinated attacks Governor Whitmer has faced as she has tried to save the lives of Michiganders. 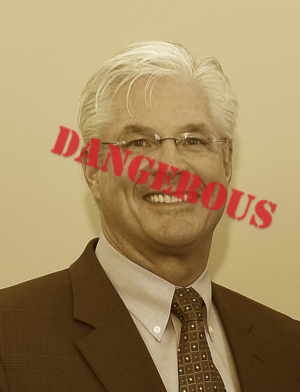 I have shared my previous thoughts on Senator Mike Shirkey. But those were merely his words and actions in his official capacity, “serving” the people of Michigan. Perhaps even more insidious are his ties to Unlock Michigan – the political power grab aimed at removing emergency powers from Governor Whitmer (and any Michigan Governor who comes after her).

Unlock Michigan purports to be a citizen-organized group of people who seek to ‘reopen’ the state after the lockdowns that were put in place by Governor Whitmer and her administration to curb the spread of COVID-19. But where it gets its funding from and how it spent its money is a far murkier subject. One thing is for sure: Mike Shirkey has been a donor to this group, and not just a small one.

This group may have started as a people-driven solution for those that do not have other avenues to alter how decisions are made in our State (between elections, of course), but it should not be a vehicle that the leader of the majority in the State Senate needs to use. Instead of proposing a plan or solution to the pandemic crisis as a lawmaker should, especially a “leader,” Shirkey took to the airwaves and to his donor base and started supporting extra-legislative, and often unscrupulous, efforts to oppose the Governor’s decisions.

Unlock Michigan started to hold maskless events to kickstart the signature collection process. These often featured Shirkey and his allies, but he was also working behind the scene, funneling what we now know to be $500,000 from his ‘charity’ to Unlock Michigan’s coffers. It has now also been reported that the Michigan Republican Party contributed more than $600,000 to the group as well. It is worth pointing out that it is legally questionable for these non-profit groups to receive enormous sums of money and fail to disclose their donors and then, turn around and contribute it to Unlock Michigan with almost no limitations, however that does not stop them from trying.

Last summer, the Detroit Free Press uncovered that Unlock Michigan used that Shirkey money to hire a convicted criminal to lead the group. It was then reported that a trainer Unlock Michigan had hired – again with Shirkey’s money – was schooling petition gatherers on how to illegally collect voter signatures, trespass and lie under oath if they were called into a deposition.  Last fall, Michigan Attorney General Dana Nessel announced a criminal investigation into Unlock Michigan’s illegal and improper tactics to obtain petition signatures.

At the beginning of this year, Unlock Michigan submitted its petition signatures, which remain under review by the Secretary of State’s Office. It is worth pointing out that by the time these petition signatures were submitted, schools were returning to in-person learning, restaurants were being ramped up to fully reopening, kids were playing sports, and the remaining restrictions were in the process of being safely rolled back.

Perhaps the Secretary of State’s Office should also investigate the questionable finances of Unlock Michigan and their non-profit contributors, which even Republican Bob LaBrant has called out as a campaign finance violation. Also, back in 2014, when another Republican, Ruth Johnson, served as the Secretary of State, her Office held in the Turnaround Detroit v. Detroit Forward campaign finance complaint:

I have faith that the Secretary of State’s Office will get to the bottom of this and punish the offenders appropriately.

Today, Shirkey continues to fight every attempt by the Governor to keep people safe and save lives, during this pandemic. His most recent act in this tragic play is withholding billions of federal stimulus dollars aimed at ramping up COVID-19 vaccine distribution and providing relief to Michiganders. Meanwhile, his company continues to receive federal loans.

As we mark the anniversary of COVID-19, we continue needing true leadership and resources to guide our state forward through recovery. Mike Shirkey hasn’t been that leader and never will be if he continues buddying up to paramilitary groups and funneling money to an organization that hires criminals and engages in criminal activity.