Remembering life before COVID-19 — And looking ahead

We knew that March 10, 2020 would be a historic day as it was the Presidential Primary Election in Michigan and voters exercised their vote to select their party’s nominee for the Presidency. I spent Election Day, as I always do, fielding calls and questions from local clerks, ensuring that polls were open, tabulators working, and issues dealt with.

One such issue: During the first Presidential Primary since same-day voter registration was enshrined in the Michigan Constitution due to the passage of Proposal 3 in 2018, students in East Lansing had organized to have thousands of students register to vote and vote for their candidate, flooding the East Lansing City Clerk’s Office with voters in a line that stretched through the building and around the block. I deployed a dozen employees and volunteers to assist them to ensure that everyone was granted their right to register and vote.

After the polls closed, and the results started to come in, the bombshell news dropped.

Usually, bombshell news on Election Night has to do with a candidate winning against the odds, but that night it came in the form of Governor Gretchen Whitmer calling a rare late-night press conference to announce that the first cases of COVID-19 had been discovered in Michigan.

That night, there wasn’t the time to process what that news meant for us. Election administrators still had work to do, and we continued on to finish reporting the unofficial election results.

At the time, we knew that this virus was serious, but we had no idea how much it would change our landscape for the long-term. Within two weeks, Governor Whitmer signed her ‘Stay Home, Stay Safe’ Executive Order, requiring Michigan citizens to shelter-in-place for a period of several weeks. Across the nation, other such orders were being put into place, major events were cancelled, and the nation came to grips with the fact that this disease was much worse than we had been told.

One year later, over 500,000 Americans have perished at the hands (or spike proteins 🦠) of the virus. Three vaccines have been approved by the FDA and are being administered in the United States. Mask wearing, while still not as prevalent as it should be, has become the norm when going out in public.

Who knows how long it will take American’s to get back to ‘normal’ after the worst of the crisis is behind us? It could be months or years. But there are things that we can do now to both honor those that have succumbed to COVID-19 and protect those who have yet to be vaccinated. To do so, we will have to confront some difficult truths about those in power and change the way we think about how we are reacting to this virus. 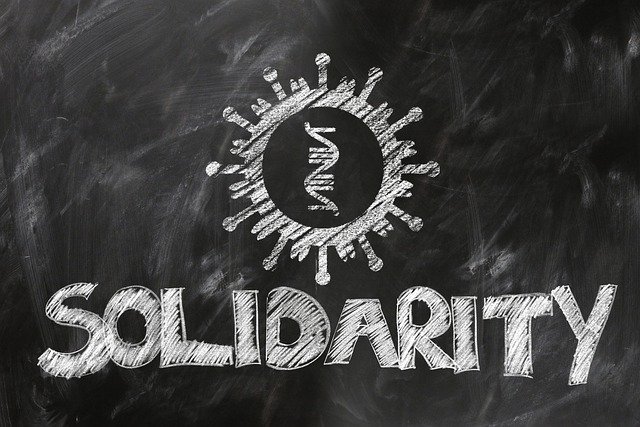 Let’s stop pretending that masks and social distancing practices have not curbed the spread and prevented the death toll from being much, much higher.  They are one of our most effective tools against community spread.

Let’s stop attacking teachers for not wanting to put their own or their family’s health at risk.

Only then can we truly honor the sacrifices that we have all had to make. Only then can we make the last year of hardship worth it. Governor Whitmer said it today. We must rise above our differences to combat COVID-19.

I believe that we are up to the task.