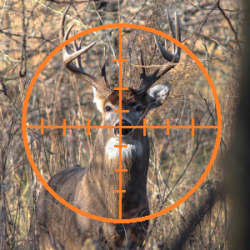 In September of last year, Ted Nugent, Michigan’s most embarrassing former resident, testified before the Michigan House Government Operations Committee in support of House Bill 4687 that would reverse a statewide ban on baiting deer and elk. Nugent told lawmakers that his personal hunting experiences make his opinions on this topic more valid than the peer-reviewed science. I’m not kidding: […]

END_OF_DOCUMENT_TOKEN_TO_BE_REPLACED There should be an IQ test for getting a gun permit Ted Nugent’s wife Shemane Nugent was arrested yesterday when security agents found a gun in her luggage at Dallas/Fort Worth International Airport. Why did she have a gun in her carry-on luggage? Because she forgot she was carrying it. Just putting this question out there: If you’re too goddam […]

END_OF_DOCUMENT_TOKEN_TO_BE_REPLACED A year later and Ted Nugent is still alive, not in jail and thinks he’s Rosa Parks

Meanwhile Rosa Parks is turning in her grave

You might remember last year about this time Ted Nugent was on the stump, campaigning for billionaire Mitt Romney. At the time, he said “[I]f you want more of those kinds of evil, anti-American people in the Supreme Court then don’t get involved and let Obama take office again. Because I’ll tell you this right now, if Barack Obama becomes the president in November again, I will either be dead or in jail by this time next year.”

Well, it’s a year later and this misogynistic clown is still free to roam the streets and pollute our airways. This year, he’s back on the road with his band in his “Ted Nugent Black Power 2013” tour.

Click through for the audio of Nugent comparing himself to civil rights icon Rosa Parks.

END_OF_DOCUMENT_TOKEN_TO_BE_REPLACED

Here’s a good one: Ted Nugent is “insulted” by the U.S. Army

Because the Army cancelled the performance of this anti-American idiot at the Fort Knox Army base where he was scheduled to headline. They did this after he called President Obama and his administration “vile”, “evil”, and “America-hating”. [More after the jump.]

END_OF_DOCUMENT_TOKEN_TO_BE_REPLACED

What took you so long?

Anybody with two brain cells to bang together knows that Ted Nugent is an idiot. This traitor to America and Mitt Romney surrogate honors his country by calling the president and his administration “vile”, “evil”, and “America-hating”.

The Army, whose boss is the Commander-in-Chief Barack Obama, just told Ted Nugent to go eff himself.

END_OF_DOCUMENT_TOKEN_TO_BE_REPLACED

Romney surrogate Ted Nugent hates America I’ve written about Ted Nugent before (“Ted Nugent: This is what happens when an idiot-clown gets the megaphone“) partly because he’s from Michigan and used to live near my hometown of Jackson. Ted Nugent is an American traitor. This week at the National Rifle Association (NRA) convention, Nugent said “our government is wiping its […]

END_OF_DOCUMENT_TOKEN_TO_BE_REPLACED

Sledge! Peter Gabriel has learned that it was his song “Sledgehammer” that was being played during the segment of Rush Limbaugh’s Hate Show where he said that women like Sandra Fluke who get their contraceptives paid for by their insurance company should film themselves having sex and put it on the internet. Peter Gabriel is not amused. He issued this […]

END_OF_DOCUMENT_TOKEN_TO_BE_REPLACED

This is how bad it’s gotten: Snyder taking advice from Ted Nugent

How on earth does an idiot like Ted Nugent get face time with the Governor of Michigan? “Michigan has so many opportunities that are not being utilized because of so many silly, illogical, antiscience regulations that represent a blockade to sportsmen,” Nugent said at the Capitol before meeting Snyder. He said Michigan should allow more bear-hunting licenses and stop trying […]

END_OF_DOCUMENT_TOKEN_TO_BE_REPLACED

Ted Nugent: This is what happens when an idiot-clown gets the megaphone

If you’re looking for a little comic relief on your glide path to Friday, bop over and read Ted Nugent’s latest drivel at the Washington Times, “Mourning in America”. Honestly, who gave this guy a megaphone? What he knows about politics and history wouldn’t fill a thimble. President Obama has been trying to saddle up next to former President Ronald […]

END_OF_DOCUMENT_TOKEN_TO_BE_REPLACED

Hey. Did you get the memo? No? You didn’t? Ah, well. You can read it here then. Ted Nugent wants you to know that there are evil people among us and that you should be prepared. There is evil among us, and it will again attempt to execute evil, but the good must always be ready to conquer evil if […]