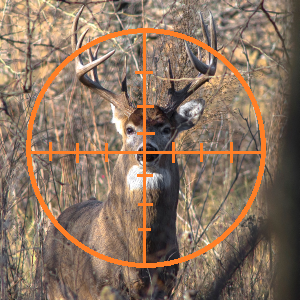 In September of last year, Ted Nugent, Michigan’s most embarrassing former resident, testified before the Michigan House Government Operations Committee in support of House Bill 4687 that would reverse a statewide ban on baiting deer and elk. Nugent told lawmakers that his personal hunting experiences make his opinions on this topic more valid than the peer-reviewed science.

“Deer are always swapping spit,” Nugent said. “… If a disease can be transmitted by nose-to-nose contact, there is not a damn thing you can do about it.”

Cogent analysis like this flies in the face of actual science:

Nugent and Republican lawmakers felt that the ban would only hinder the sport, but the Michigan Department of Natural Resources (DNR) cited scientific research as their reason for backing the ban and opposing the legislation.

[Chronic Wasting Disease (CWD)] is a fatal, highly contagious neurological disease that was first identified in Michigan nearly a decade ago. According to the DNR, peer reviewed studies have shown that baiting and feeding practices greatly increase the likelihood of the disease spreading.

In a statement Thursday, the Michigan Environmental Council praised Whitmer’s veto of the “anti-science” bill.

“CWD is the largest threat facing our deer population, putting at risk Michigan’s outdoor conservation economy,” said Policy Director Sean Hammond. “The spread of CWD also creates potential risks to public health, as more exposures increase the risk of spreading to humans as Mad Cow has in the past.”

DNR also pointed to “40-plus peer reviewed studies that address this question of baiting and how it adds to disease spread,” noting that “peer reviewed research has shown that baiting and feeding beyond normal feeding patterns … greatly increases the likelihood of disease transmission.”

Another big proponent of this legislation is none other than State Rep. Beau LaFave. LaFave once tweeted a photo of himself carrying a rifle into the state Capitol. Days later, he had two guns stolen from his highly secure underwear drawer. LaFave claims that any efforts to limit hunting of any kind would lead to fewer people hunting and that, he says, will increase the spread of CWD. Again, cogent analysis.

Thankfully, Governor Whitmer vetoed this bill in December of last year, citing the science behind her decision.

Undeterred and not willing to take “no” for an answer, petulant Republicans turned around and reintroduced the exact same bill, apparently just to spite the Governor. Not only that, they introduced a handful of other bills to make sure DNR cannot enforce the baiting ban:

Republicans know they aren’t getting anywhere with these bills. They’re simply a way for them to prove how pro-gun they are in an election year. But when even conservation groups don’t support your efforts, it’s time to reevaluate your priorities. Nobody is trying to ban hunting or take away anyone’s guns. They simply want it done in a way that doesn’t spread disease.

And the real sportsmen and women of Michigan know they don’t have bait animals in order to kill them.