Initiative highlights the need for policy solutions, citizen engagement and more women in leadership. You’d think we’d be done fighting for women’s rights, but there’s still work to do. And Organizing for Action (OFA) is standing with women and helping them be heard. On Thursday, Mootown Ice Cream & Dessert Shoppe in Detroit hosted the first local launch of a […]

END_OF_DOCUMENT_TOKEN_TO_BE_REPLACED 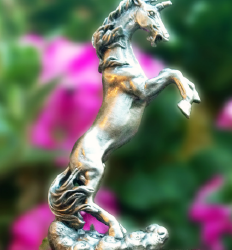 Please, Congressman, join the rest of us in the reality-based world I’m going to break my rule about promoting OFA events today because this one is aimed directly at Congressman Tim Walberg, my “representative” and someone I want to see go down in flames in November 2014 when Pam Byrnes cleans his clock in the 7th District. Organizing for America […]

END_OF_DOCUMENT_TOKEN_TO_BE_REPLACED With another successful Obama election behind us, those who were involved with Obama for America (OFA) at the grassroots level are likely wondering, “What’s next?” After his first election, it wasn’t until the summer of 2009 that OFA 2.0, aka “Organizing for America” came into being. I was privileged to be chosen to attend a 300-person debriefing conference about a month after election, dubbed “The Legacy Confernce” where those of us who were deeply involved in the campaign got together to discuss OFA’s future.

The same type of thing is happening now and YOU can be part of it. Details after the jump.

END_OF_DOCUMENT_TOKEN_TO_BE_REPLACED 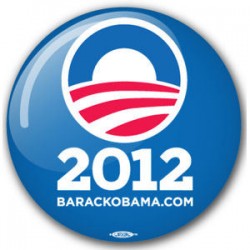 UPDATED: Get Out the Vote (GOTV) – Ann Arbor-style In downtown Ann Arbor, tucked into Braun Court in Kerrytown, sits one of two offices for the Obama campaign. We’re right across from the Farmer’s Market and surrounded by some of the coolest stores and eateries in the city so we get a lot of foot traffic going by while we do our work to get out the vote (GOTV) for President Obama, Democrats in general and the variety of ballot proposals that Michiganders have to vote on this year.

The Kerrytown office is one of several GOTV staging locations in Washtenaw County and we are surpassing our goals on all fronts. See what that looks like after the jump.

END_OF_DOCUMENT_TOKEN_TO_BE_REPLACED UPDATED: The time for talk is over. It’s time to get involved. Get Out The Vote (GOTV) starts this weekend!

Fired up! Ready to go!

We’ve spent a LOT of time talking about this election but now it’s time to take our conversation to the streets and Get Out The Vote (GOTV)!

A recent Gallup poll showed that President Obama is UP over Mitt Romney among registered voters. But, here’s the thing: he’s DOWN by several points among likely voters. That’s where YOU come in. The fact is, if we get our Democratic-supporting voters to the polls, we win. Period. And we don’t just re-elect President Obama. We ensure our Democratic candidates up and down the ticket a victory, too.

The best bang for your buck in terms of GOTV is the Obama for America (OFA) campaign. Details on WHY you should get involved and HOW to get involved after the jump.

END_OF_DOCUMENT_TOKEN_TO_BE_REPLACED The Obama campaign released numbers today about how effective their ground game in swing states has been in two specific areas: voter registration and early voting. How effective have they been?

END_OF_DOCUMENT_TOKEN_TO_BE_REPLACED

Get ready, this is about to get VERY ugly

The opening salvos in the involvement of Super PACs in the 2012 presidential race happened in the past week. There are two very obvious examples and they should give us all a taste of the bitterness we’re going to see over the next seven months.

END_OF_DOCUMENT_TOKEN_TO_BE_REPLACED

Fired up and ready to go! As a reminder to all my President Obama-supporting friends, I’m reposting this from a few days ago. You can view the premier of this amazing film TOMORROW (March 15, 2012) at an OFA office near you. Click HERE for details on where you can view it in YOUR area. Obama for America, President Obama’s […]

END_OF_DOCUMENT_TOKEN_TO_BE_REPLACED

You have to know where you’ve been to know where you’re going Obama for America, President Obama’s reelection campaign, released a trailer this morning for a new 17-minute documentary on the president’s first term. The film, “The Road We’ve Traveled”, is directed by Davis Guggenheim, the creator of the multi-award-winning film “An Inconvenient Truth”, and narrated by Tom Hanks. Here’s […]

END_OF_DOCUMENT_TOKEN_TO_BE_REPLACED

After several years of hearing how Democrats are demoralized and unwilling to get involved in politics and elections, an event in Ann Arbor showed that the so-called “enthusiasm gap” is slimming and not just by a little bit. On Sunday, Obama for America (OFA), the official campaign of the Obama reelection drive, opened their campaign office in Ann Arbor. Despite […]

END_OF_DOCUMENT_TOKEN_TO_BE_REPLACED

Barack Obama — Made in the USA

One thing I’ve always loved about Organizing for America (OFA) is their ability to have some fun with their fundraising. Here’s the latest: A coffee mug with the saying “Made in the USA” underneath a picture of President Obama. On the other side is a reproduction of his birth certificate. You can get it as a t-shirt, too. Good times, […]