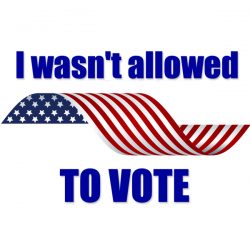 In 2018, worker advocacy groups gathered enough signatures to put several citizen-initiated ballot proposals on the November ballot. However, according to law, before that happens, the legislature has the ability to make them law immediately by passing them as legislation. If this is done, it bypasses the governor and they become law without the governor’s signature. There were several ballot […]

END_OF_DOCUMENT_TOKEN_TO_BE_REPLACED 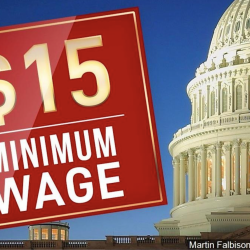 The following essay was written by David Williams. David is a McDonald’s worker from Detroit who makes only $10/hour. He is a leader in the Fight for $15 and a Union. Suffice it say, David speaks for me and for many of us. In July 2019, working people across the country cheered when the U.S. House of Representatives passed the […]

END_OF_DOCUMENT_TOKEN_TO_BE_REPLACED 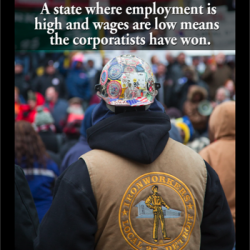 On this week’s podcast, we talked to David Pepper, the Chair of the Ohio Democratic Party, about the fact that Donald Trump is the most anti-worker president we’ve ever had. The truth is, America in 2019 is corporate utopia. We have almost everyone working and wages remain low. How is this possible, you might ask? How is it that wages […]

END_OF_DOCUMENT_TOKEN_TO_BE_REPLACED

Back in June I reported on legislation – Senate Bill 250 which would cut the minimum wage for 18 and 19 year olds to 85% of the level for everyone else. In defending it, the sponsor, Margaret O’Brien, claimed that it was necessary because “Most of the employers I’ve talked to in my community do not have a youth training […]

END_OF_DOCUMENT_TOKEN_TO_BE_REPLACED

Another attack on Michigan workers: Republicans move to slash minimum wage for under-20 workers

In their neverending quest to screw over workers to benefit employers, Republicans in Michigan are now turning their attention to those making minimum wage. A bill that would lower the minimum wage by 15% for those under 20 years old was passed out of the Senate Commerce Committee today. The bill’s sponsor, Senator Margaret O’Brien (R-Portage), claims it will solve […]

END_OF_DOCUMENT_TOKEN_TO_BE_REPLACED

Today, Senator Gary Peters from Michigan joined 32 other Democrats in introducing the Raise the Wage Act. The legislation would increase the federal minimum wage to $12/hour by 2020. The so-called Raise the Wage Act, which will be introduced in the House of Representatives and Senate, will slowly boost the current $7.25 rate over the next five years, with the […]

END_OF_DOCUMENT_TOKEN_TO_BE_REPLACED

After the Republican-led House Government Operations Committee passed a terrible substitute to S.B. 934 that only raise the minimum wage to an insulting $8.50/hour and strips out indexing the minimum wage to inflation, the full House passed a version (pdf) that is much closer to the original bill passed by the Senate this afternoon on a 76-34 vote. Shortly thereafter, […]

END_OF_DOCUMENT_TOKEN_TO_BE_REPLACED

NOTE: this story has been updated HERE. The Republican-led House Government Operations Committee passed a substitute to S.B. 934 that reduces the final minimum wage to $8.50/hour and strips out indexing the minimum wage to inflation, ensuring that, if it is passed, workers will not keep up with the shrinking value of the dollars they earn. $8.50/hour means that full-time […]

END_OF_DOCUMENT_TOKEN_TO_BE_REPLACED

As I was reading a Detroit News op-ed about raising the minimum wage this morning (Eclectablog motto: “we do it so you don’t have to”), I was, of course, unsurprised to see them advising House legislators to reject the bill passed by the Senate to raise the minimum wage to $9.20 by 2017. According to them, “the Senate bill isn’t […]

END_OF_DOCUMENT_TOKEN_TO_BE_REPLACED

I was speaking with a Democratic state legislator today and they raised an interesting point. If the House passes the bill to hike the state minimum wage that was passed by the Senate last week, unless both chambers give the bill “immediate effect”, it won’t become law until 90 days after the end of the current legislative session which ends […]

END_OF_DOCUMENT_TOKEN_TO_BE_REPLACED

Michigan Democrats did NOT sell out workers on minimum wage. Blame the right people and GOTMFV!

Hold the right people responsible and GET OUT THE VOTE! After my post yesterday, there has been a LOT of push back here at Eclectablog and on Facebook from people accusing Michigan Democrats, including gubernatorial candidate Mark Schauer and Senate Democratic Leader Gretchen Whitmer, of “selling out” minimum wage workers. This is absolutely unfair and entirely untrue. Was this legislation […]