The following essay was written by David Williams. David is a McDonald’s worker from Detroit who makes only $10/hour. He is a leader in the Fight for $15 and a Union. Suffice it say, David speaks for me and for many of us. 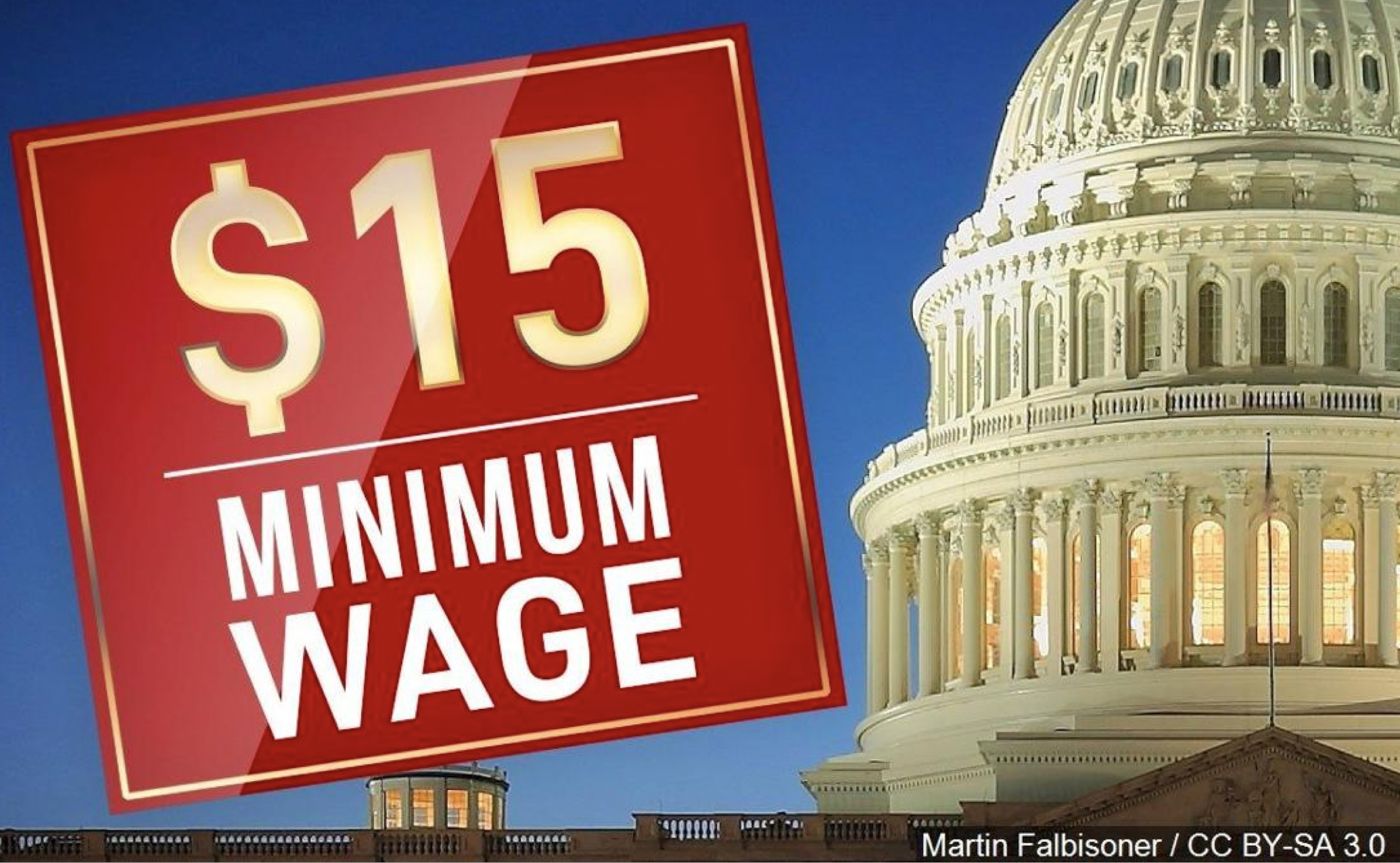 In July 2019, working people across the country cheered when the U.S. House of Representatives passed the Raise the Wage Act, a historic bill to raise the minimum wage to $15/hour.

The Senate failed to take up the bill, but that wasn’t the end of our fight for a living wage. Over the last two years, I’ve joined together with my fellow essential workers — even in the middle of a pandemic — to organize, march in the streets and elect leaders who support a $15 minimum wage, from President Biden and Vice President Harris to State Representative Helena Scott.

We can’t afford to wait any longer for a raise. Fortunately, Rep. Bobby Scott (D-VA) and Sen. Bernie Sanders (I-VT) are reintroducing the Raise the Wage Act in the House and introducing it in the Senate to finally guarantee that working people in our country earn a living wage of at least $15 an hour.

President Biden and these congressional leaders understand that COVID-19 has devastated essential workers in Detroit, and that we were struggling to make ends meet long before the pandemic hit.

They’re fighting with us to win $15 because the only way to lift our nation out of this crisis of racial and economic injustice is to lift up the tens of millions of working families who are currently being crushed by our rigged economy. Congress must pass the Raise the Wage Act within the first 100 days of President Biden’s administration.

I know what $15 an hour would mean for me and for workers from coast to coast. I’ve been working ever since I was 14 years old. I have had to work multiple jobs to make ends meet because McDonald’s only pays me $10 an hour. Right now, it feels out of the question for me to afford rent for a one bedroom apartment or a car to get back and forth to work. As a hardworking and taxpaying 20-year-old young Black man, I deserve to be paid enough to afford the cost of living in Detroit.

I got involved with Fight for $15 and a Union because I knew I needed to take action to win better wages and a voice on the job. We’ve fought like hell, gone on strike and changed the conversation in this country around the minimum wage.

When the Raise the Wage Act passed the House in 2019, it was unprecedented. It demonstrated the power working people have when we fight together. But tens of millions of workers like me are still stuck below $15 an hour, with no path for higher pay. And our demands for $15 have only grown stronger as we’ve faced down a pandemic and nationwide reckoning over systemic anti-Black racism.

By raising the minimum wage, President Biden and Congress can lift up millions of essential workers, from fast-food, to hospital, janitorial, airport and other industries, who have put their lives on the line during this pandemic. We’ve been forced to protest for sufficient PPE and sick days, all while being paid poverty wages. We’ve been called essential, but treated as anything but.

We also can’t forget that Black and brown workers are bearing the brunt of the pandemic. Experts estimate that a $15 wage would boost the incomes of nearly one third of Black workers, which would finally give us a chance to tackle generations of racial income gaps. Raising the minimum wage will have far-reaching benefits, tackling food insecurity, lowering rates of depression and suicide, and reducing child abuse too — without leading to job loss.

I’ve seen the impact of coming together and demanding justice right before my own eyes. A $15 minimum wage isn’t just morally right — it’s also good economics and good politics.

It’s time for $15 to become the law of the land. Congress has the opportunity, and essential workers like me won’t rest until we win.