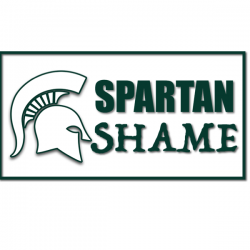 I have always had special disdain for former Michigan governor John Engler. He was the grandfather of the corporatist right’s attacks on organized labor while he was in office and his repugnant legacy is something that we still deal with today. So I was shocked, dismayed, and outraged that the Michigan State University Board of Trustees chose Engler to be […]

END_OF_DOCUMENT_TOKEN_TO_BE_REPLACED 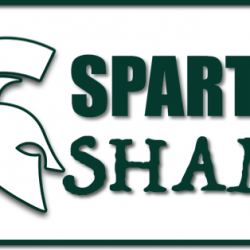 ENGLER MUST GO! MSU president says Larry Nassar’s victims are profiting off their experience of being raped by a child predator

Back in January, LOLGOP and I had Rachael Denhollander on our podcast to talk about her experience as the woman who opened the floodgates that led to notorious serial rapist Larry Nassar being put behind bars for the rest of his life. Without her bravery and willingness to come forward when literally hundreds of his victims had been afraid or […]

END_OF_DOCUMENT_TOKEN_TO_BE_REPLACED 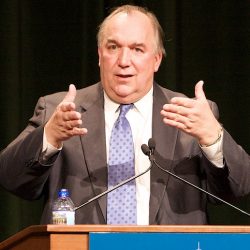 END_OF_DOCUMENT_TOKEN_TO_BE_REPLACED

Back in the early 90s, Michigan Gov. John Engler – the first of Michigan’s corporatist governors – oversaw the creation of the for-profit charter school industry in our state. Pitching it as “forcing schools to compete”, he signed legislation that opened the floodgates for charter schools to siphon away tax dollars intended to educate children into the coffers of private […]

END_OF_DOCUMENT_TOKEN_TO_BE_REPLACED END_OF_DOCUMENT_TOKEN_TO_BE_REPLACED

How the HELL did this happen?

How the HELL did Democrats get their clocks cleaned so thoroughly in Michigan on Tuesday? THIS is how: About 3.3 million, 45% of the state’s 7.28 million registered voters, participated in the midterm elections, according to unofficial returns. In contrast, turnout for the last two gubernatorial elections was 47.3% in 2002 and 53.6% in 2006. When Dems stay home on […]