This oughta be inneresting… Newt Gingrich said this week that a brokered GOP convention this year is a real possibility and that “a series of brand new players” could emerge. Rick Santorum thinks so, too. Who might be a lead contender for the nomination if that happens? According to a PPP poll out this week, it’s Sarah Palin. The talk […]

END_OF_DOCUMENT_TOKEN_TO_BE_REPLACED

Rick, you’ve been Romney’d All the headlines this morning are blaring “RICK SANTORUM WON THE DAY AND YES I’M SHOUTING!!! [Image credit: Daily Kos via Newseum] But they are wrong. As it turns out, even in Mississippi where Santorum got the most votes, Mitt Romney walked away with more delegates that poor Rick. In fact, yesterday Romney ended up with […]

END_OF_DOCUMENT_TOKEN_TO_BE_REPLACED

The never-ending Clown Show™ As I wrote about yesterday, Rick Santorum is fighting tooth and nail for that one Michigan delegate that they believe was inappropriately awarded to Mitt Romney. So, they staged a protest rally outside the headquarters of the Michigan Republican Party (MRP) headquarters. It drew three. Not three busloads. Not three dozen. Three. People. These Republicans could […]

END_OF_DOCUMENT_TOKEN_TO_BE_REPLACED

Time to ship the Santorum Surge to the Smithsonian’s collection of Unfortunate Metaphors   -Follow @DemocratMachine With Eric Cantor, Tom Coburn and John Ashcroft’s endorsements, Barbara Bush making robocalls and the Drudge Report ignoring the biggest story of the campaign, the GOP establishment is determined to make Super Tuesday Mitt Romney’s big night. And it will probably work. I think […]

END_OF_DOCUMENT_TOKEN_TO_BE_REPLACED

Santorum continues fight for that one Michigan delegate – UPDATED

Dele-gate Honestly, I never thought that Michigan GOP Primary Clown Show™ would still be the gift to Democrats that keeps on giving a week later but, well, it is. Though the state’s primary was almost a week ago, the Rick Santorum campaign is continuing to dispute the primary’s results. The campaign has taken their fight over the way the Michigan […]

END_OF_DOCUMENT_TOKEN_TO_BE_REPLACED

The best nomination money can buy Yesterday, GOP Presidential candidate Mitt Romney squeeked out a win over his opponent Rick Santorum by a mere three percentage points. He got 410,517 votes across the state to Santorum’s 378,124. Romney and his supporting PAC (Restore Our Future) outspent Santorum and his supportive PACs (Red White and Blue Fund & Susan B. Anthony […]

END_OF_DOCUMENT_TOKEN_TO_BE_REPLACED 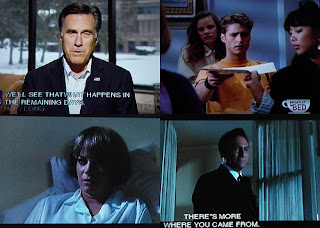 Basically, Mitt Romney has already lost Michigan. In 2008, Mitt Romney won the GOP primary in the state where he was born—the state where his father was governor for three terms—easily. And as of last night’s polls, Mitt was losing to Santorum by a point, knowing that Rick Santorum has outperformed polls consistently in this primary. Despite any mischief and […]

END_OF_DOCUMENT_TOKEN_TO_BE_REPLACED

So, Michigan Dems, you gonna go support the guy that’s against kids going to college?

Breathe deep and think about what you are doing Tomorrow is the Michigan primary. A significant number of Dem-leaning pundits and commentators are encouraging Democrats to cross over and vote for Rick Santorum in the GOP primary. You can do that. It’s totally legal. I’m asking you not to. I’ve already gone on record as to why I think this […]

END_OF_DOCUMENT_TOKEN_TO_BE_REPLACED 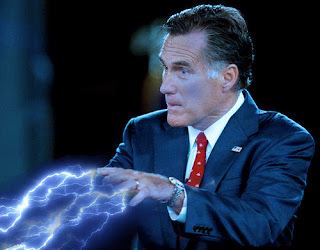 His morals have been in a blind trust for decades Mitt Romney isn’t stupid. Okay, in 2007-2008 he apparently invested $35.4 million in a presidential run that was over by Valentine’s Day. But that was to be the next Reagan. Priceless. He hasn’t spent any of his quarter billion in assets yet for this Reaganpalooza. He isn’t receiving much support […]