When a Trump-supporting bail bondsman is your chief critic, that says … everything

I don’t typically write about the failings of mainstream media sources because, in general, I think they do a pretty good job, considering the environment they are working in. But an article in this morning’s edition of The Detroit News is so bad that it warrants comment. 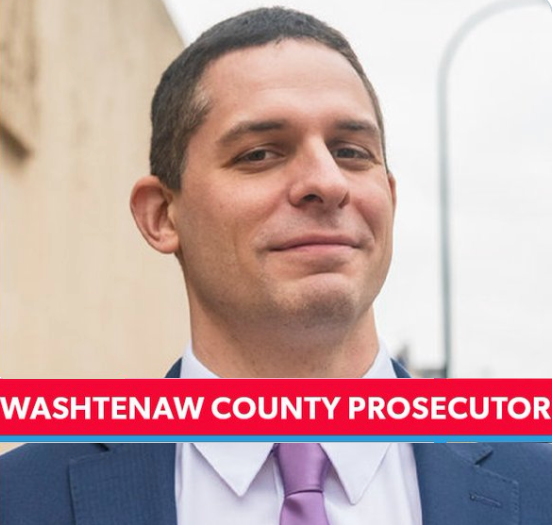 The article is titled “Discretion or abdication? Washtenaw prosecutor disrupts law enforcement traditions“, which suggests there is significant controversy surrounding the exciting new progressive policies being instituted by newly-elected Washtenaw County Prosecutor Eli Savit and his team. The first half the article does a credible job of laying out Savit’s new policies such as the elimination of cash bail, decisions not to prosecute consensual sex work, and not charging juvenile offenders for low-level offenses. It’s not until halfway through that we get to the heading of “Critics weigh in”.

When we interviewed Savit on our podcast recently, I asked him how much pushback he was getting for his forward-thinking, data-driven policy changes. He pointed out that, while they do get a bit of pushback from the places you would expect, he actually doesn’t have to spend much time arguing with his critics because he always lays out the justification for his policies with well-documented research and rationale. He also works hard to build consensus as he makes changes.

Savit’s savvy approach to institutional change seems to have confounded the reporter who wrote today’s article. In her “Critics weigh in” section, she identified only two critics. One is some rather tepid criticism from the St. Clair County Prosecutor. This is not entirely unexpected because he’s likely to be facing some criticism of his own for not enacting policies for which there is solid supporting data.

The other critic, and I swear I am not making this up, is a rabidly Trump-supporting state legislator, Matt Maddock. Maddock and his wife, Michigan Republican Party Chair MeShawn Maddock chartered multiple buses to Washington, D.C. to participate in the violent insurrection that took place on January 6th. One detail about Maddock that is barely mentioned is that he makes his living as a bail bondsman. In other words, if Prosecutor Savit’s “no cash bail” policy were to spread, it would kill the golden goose that pays Maddock’s bills. And, make no mistake, Maddock loves loves loves to exploit government policies to pad his income. In addition to his paycheck as a state legislator and the money he makes from defendants paying his bondsman fees, last year he and his wife received $68,300 in COVID relief funds (and, shortly thereafter, contributed $10,000 of it to Maddock’s state House political campaign.)

It’s no surprise to me that The Detroit News couldn’t find many legitimate critics of Savit’s policy changes. He’s making these changes because he knows they are fair and, because he does his research and these policies have largely already proven to be successful in other municipalities, he knows they work and actually make us safer.

If you want to see what the future of law enforcement looks like from the prosecution side of things, pay very close attention to Eli Savit and what he’s doing in Washtenaw County. Because that is, without a doubt, where things are headed. And we’ll ALL benefit from that.