When it comes to off-the-rails Trump devotion, there are few people in Michigan more dedicated that Meshawn Maddock. Maddock is a leader in the Michigan Conservative Coalition that organized of protests against Gov. Whitmer’s COVID-19 response measures last spring where armed militants entered the Capitol and shocked the state and the nation. More recently the group organized numerous buses to take Trump supporters to the “Stop the Steal” rally in Washington, DC that led to the violent attack on the Capitol Building. Maddock and her husband, state Representative Matthew Maddock, spoke at a rally their on January 5th and she said in a tweet, “The most incredible crowd and sea of people I’ve ever walked with”, showing video of a throng of Trump supporters marching toward the Capitol in the lead-up to the insurrectionist riot.

More recently, the couple joined a Facebook group discussing civil war in America over their fraudulent claims that Donald Trump had his reelection stolen from him.

Maddock is now poised to become the next Co-Chair of the Michigan Republican Party.

Despite her so-called conservative values, Maddock and her husband aren’t above using federal tax dollars to support their political aspirations, however. As first noticed by Sarah May-Seward on Twitter, Maddock and her husband, who co-own the A1 Bail Bonds Agency, applied for a Paycheck Protection Program (PPP) loan and the loan for $68,300 was approved in May of last year: 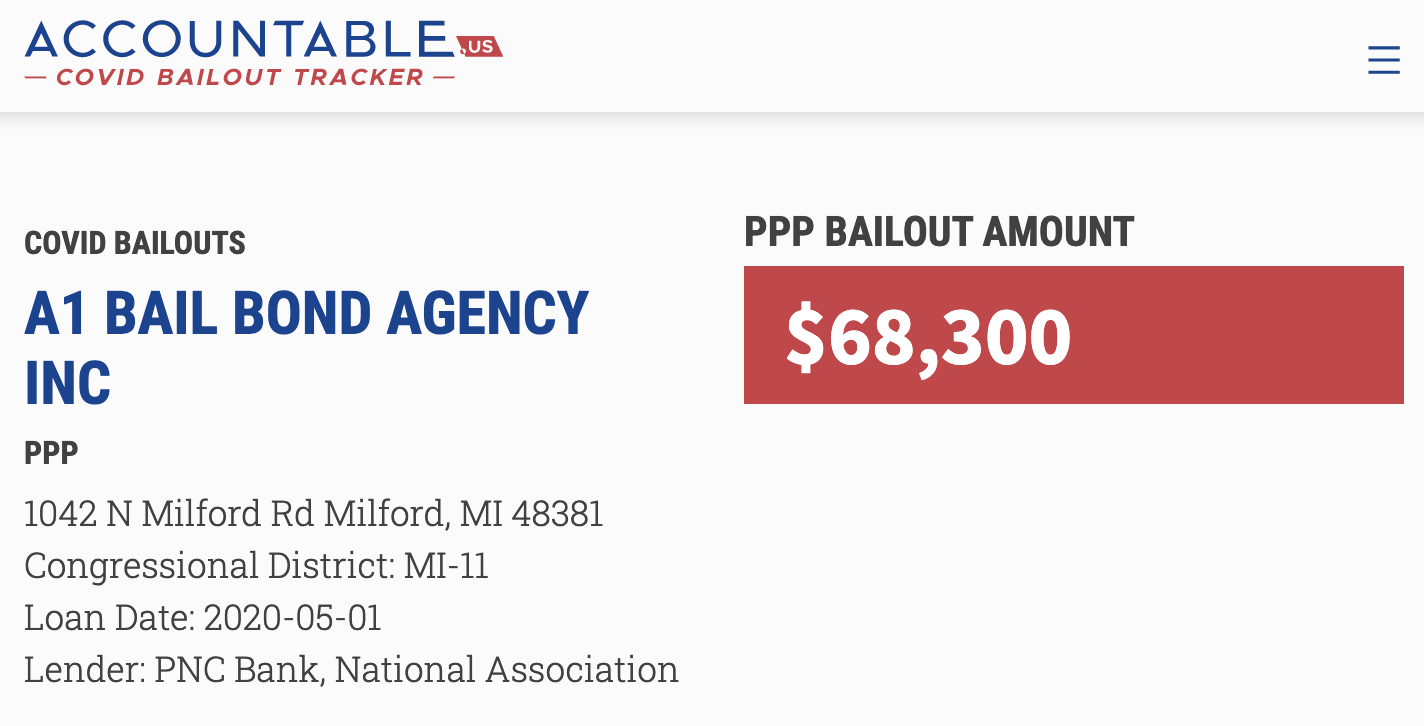 Then, just two months later, Maddock made a $10,000 donation to her husband’s state House campaign:

This is the so-called “leadership” of today’s Michigan Republican Party, a Party now led by a known grifter. It’s going to be a wild ride for the next couple of years.