And here’s the plan Democrats must embrace to stop them 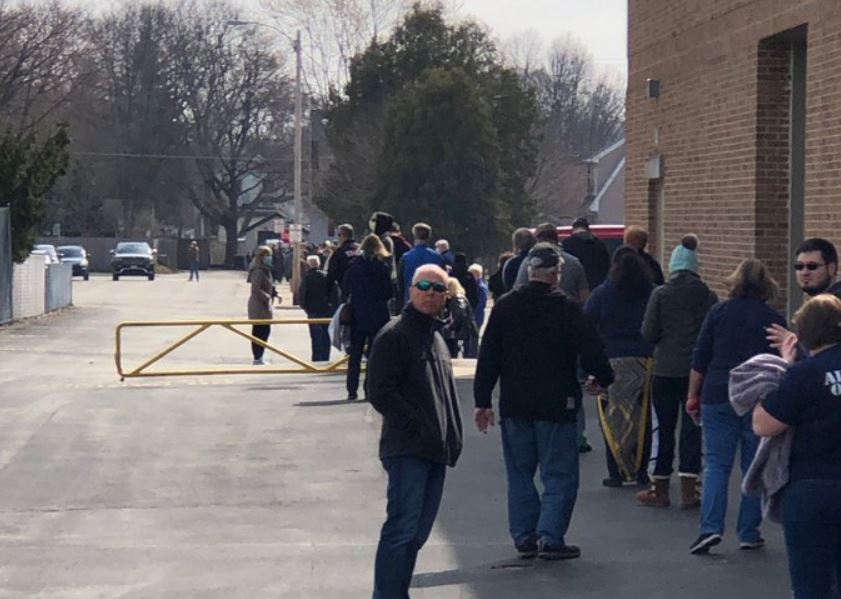 Even if no one dies from the GOP unnecessarily sending Wisconsinites to the polls on Tuesday, it was still a crime against humanity. It was a crime that targeted not only the black and poor voters likely to vote Democratic and the poll workers risking their lives but also, to a lesser degree, likely Republican voters. It was crime based on sophistry and lies sanctified by a Republican majority on the Supreme Court that knew the arguments to be fallacious but reaffirmed them anyway, because it would help the far right keep a state Supreme Court seat.

And it’s a chilling reminder that the GOP knows exactly what it will have to do in order to steal the November election and is willing to do it — no matter how many lives this costs. We have to expect an Election Day where Democratic voters are forced to wait in long lines as their polling places are shuttered while Republican voters are offered the chance to vote absentee.

We’ve now seen it enacted in Wisconsin. Combine it with the proven methods to steal an election in Georgia and you have the formula for the greatest failure in the history of the presidency being reelected in the most illegitimate possible election.

And Democrats have a chance to prevent this predictable disaster.

They must simply refuse to pass any more stimulus unless it includes a plan to make sure every American can vote safely.

SCOOP: @SenWarren has new plan to protect elections from coronavirus. It includes:

-mail a ballot to every registered voter

Next recovery bill must include these reforms she says https://t.co/KqX7RA8Qyi

On this week’s episode of The GOTMFV Show, Mike Grunwald — who wrote the book on the Obama Stimulus — explained how Nancy Pelosi has all the leverage in any stimulus deal that passes Congress.

This is true for political reasons — we’ll likely see a record unemployment rate in the next month or two and Trump needs major stimulus or all the voter suppression in the world won’t save him.

This is also true for basic common sense reasons — why would we spend trillions trying to save an economy knowing we could easily restart the pandemic we’re trying to crush by forcing tens of millions of voters to the polls in November (if we’re lucky enough to quell COVID-19, despite Trump’s worst efforts)?

There’s no decent argument against securing the foundations of our democracy (and making stimulus permanent based on economic conditions, as Brian Beutler keeps recommending). The people are with us. And Trump’s argument against voting by mail — which he does, along with millions of Americans every election — is so transparent that it doesn’t even require rebuttal.

Yet there’s no guarantee that Pelosi will make November’s elections a priority in a “phase four” stimulus bill. In fact, there’s not even a hint yet that Wisconsin was the wake up call she needed.

But now that we have seen what’s coming, anything less that a national commitment to safe elections in November as a foundation for the next stimulus will make us an accomplice in Trump’s plot to steal another election and restart a pandemic.