How to tell if you’re suffering from impeachmentphobia

Call your Member of Congress to ask if becoming catatonic in the face of massive corruption, collusion, and crimes is right for your country. 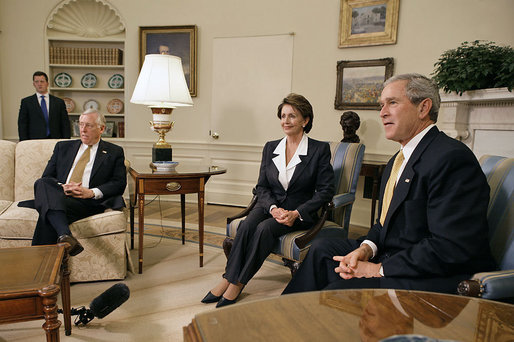 At the Constitutional Convention, James Madison imagined impeachment as a relief from a chief executive who “might lose his capacity after his appointment. He might pervert his administration into a scheme of peculation or oppression. He might betray his trust to foreign powers.”

We now know Madison was a fortune teller.

Yet House Democrats can’t summon the energy and focus to oppose the most obviously corrupt and compromised president in U.S. history that Republicans brought to their seventh Benghazi investigation.

The only explanation is impeachmentphobia.

That’s what Jeff Hauser of the “Revolving Door Project” keeps calling it.

Symptoms of this irrational fear include taking the subpoena powers the nation gave you in the largest House midterm victory in American history and using them to do nearly as little oversight as we saw in the first two years of this administration, when the House was led by guys who knew Russia was paying Trump and didn’t care.

I hold with those who believe Nancy Pelosi — having over-learned the lessons of 2007-2008 that led to the landslide that elected Barack Obama — is pursuing a strategy of running out the clock on impeachment. Thus, not only is she reluctant to open the impeachment proceedings we would have seen for any other president, she’s hesitant to do anything that will expose the unprecedented corruption, collision and crimes of Donald Trump or create a standoff that will result in Trump defying a court order and requiring impeachment or surrender.

Why would the most effective legislator of this century pursue this path?

Because she knows how to get the results she wants, which is no impeachment.

“If Pelosi acts like Trump is a lawless menace, the case for ‘impeaching that [menace]’ gets stronger,” Hauser wrote.

This is why we get pablum about “self-impeachment,” which must poll well with someone, instead of leadership from the only branch of our government that was actually elected by a majority of voters.

Given Pelosi’s effectiveness at dampening the calls for impeachment, it’s almost a miracle that support for considering charges that could lead to removal is at 45%. But as long as the Democratic base is not rising up and demanding justice now in the way they did to save the ACA or oppose Brett Kavanaugh, impeachmentphobia will only intensify.

What could break your impeachmentphobia?

Only a sudden revulsion, a moral uprising that demands action — or a realization that by leaving Trump unchecked for the crimes committed related to winning and taking the president, Democrats are inviting him to do whatever he can to steal another election, including prosecuting his political opponents.

This is a bad bet. Underestimating Donald Trump and expecting him to self-destruct is how we got to this point.

One hope for a sudden epiphany comes in the form of the testimony of Robert Mueller before Congress. Never has a more anticipated event been easier to predict. We pretty much know exactly what Mueller will say, because he’s told us.

We also know what Republicans are going to do. They’re going to try to “expose” Mueller.” As Greg Sargent has explained, this reveals a fundamental absurdity in the coverup of the report engineered by William Barr:

If Mueller’s investigation exonerated Trump, you would think the best strategy for Trump’s allies would be to simply sit back while Mueller describes his findings in as detailed and unvarnished way as possible. Oddly enough, that’s not what they’re planning on doing.

Marcy Wheeler told us that the trial of Roger Stone could reveal details about Trump’s involvement in the Wikileaks releases that could also motivate a groundswell demanding impeachment. But given how the Department of Justice under Jeff Sessions let Paul Manafort avoid a hearing that would have damned Trump with details before the 2018 election with a fake plea deal, I’d be shocked that William Barr, who is more Trump’s personal lawyer than Attorney General, would let such a trial ever happen.

So for now, the big question is how the public will respond to Mueller’s restatement of the facts in his report.

If it’s just more of the numbness Pelosi has encouraged, if not engineered, expect impeachmentphobia to be listed as among the causes of death what’s left of our democracy.