Tales of a foolish traveler: Or, random notes from a week in Shanghai… 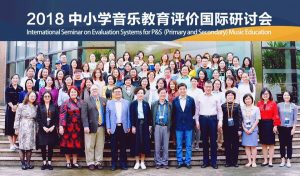 I recently returned from a week in Shanghai, China, where I had been invited to speak at a conference and serve as a consultant to a group of Chinese music educators who are developing a music assessment system for use in their schools. While I was there I kept a running log of reflections on what I noticed, and the similarities and differences between our two countries.