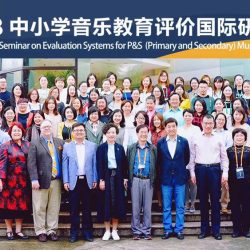 Tales of a foolish traveler: Or, random notes from a week in Shanghai…

I recently returned from a week in Shanghai, China, where I had been invited to speak at a conference and serve as a consultant to a group of Chinese music educators who are developing a music assessment system for use in their schools. While I was there I kept a running log of reflections on what I noticed, and the […]

END_OF_DOCUMENT_TOKEN_TO_BE_REPLACED In 2009, the Obama administration imposed harsh tariffs on tires imported from China. This move, called a “safeguard provision”, is allowed under a 2000 law. China agreed to the provision when it negotiated its membership in the World Trade Organization (WTO). The provision allows such tariffs to be imposed when a surge in imports into the U.S. damages our industries.

China retaliated by placing antidumping and countervailing duties on imports of American-produced automobiles in 2011. This week, the U.S. government filed a challenge with WTO, saying these duties are based on phony allegations.

[More after the jump.]

END_OF_DOCUMENT_TOKEN_TO_BE_REPLACED

It IS a matter of national security, actually The Obama administration announced this morning that it is requesting a “consultation” with China with the World Trade Organization over unfair export restraints on rare earth metals, as well tungsten and molybdenum, materials used in a wide array of electronics including the burgeoning industry of electric vehicle batteries. U.S. Trade Representative Ron […]

END_OF_DOCUMENT_TOKEN_TO_BE_REPLACED

Lies, damn lies. Take your pick. The racist ad by Senatorial candidate Pete Hoekstra was not just racist. It is based on a complete lie. Here’s what is said in his ad by a woman who is clearly faking her Asian accent in what Hoekstra is calling “satire”: “Thank you, Michigan Senator Debbie Spenditnow. Debbie spend so much American money. […]

END_OF_DOCUMENT_TOKEN_TO_BE_REPLACED

Michigan Militiamen display hilarious lack of knowledge about the Constitution

Hoo boy. THIS is absolutely hilarious. Most people are aware of the Michigan Militia, a very disorganized group of separatists who believe the government is the enemy and that there’s a conspiracy behind every tree. Timothy McVeigh spent time with them before he blew up the Alfred P. Murrah Federal Building in Oklahoma City and they have been in and […]