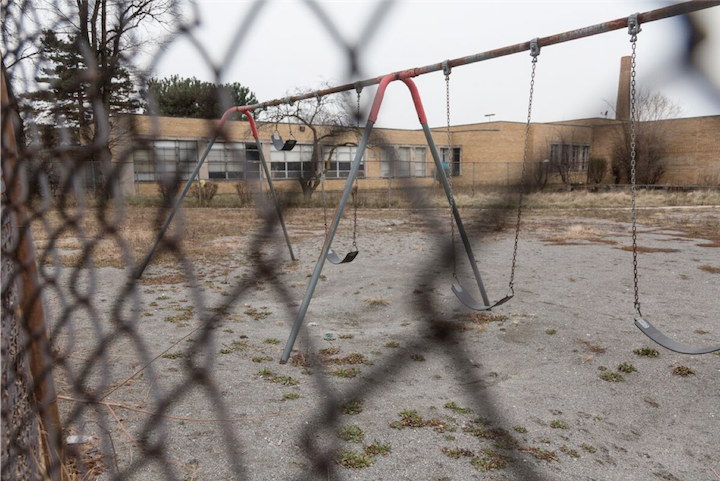 As classes began this week in the Detroit Public Schools Community District (DPSCD), teachers learned they are beginning the year with the sort of austerity and inadequate supplies that has become the tragic hallmark of this neglected school system.

A teacher at one of the high schools in the DPSCD sent me an email received by all of the teachers in their building shortly before school opened for 2018-2019 school year. This particular teacher works with over 170 students every day. Here is a list of supplies they were informed they’d be starting the year with:

The teacher went on to tell me this:

We have also been told that our classroom printers will not be provided with ink. If we wish to use them, we will have to buy our own. So my building has 1200+ students and ONE accessible copier in the main office teachers can sometimes use. No alternative has been given to us, and we are not equipped with the technology we need to go paperless. Clearly the expectation is that we are expected to once again dig into our pockets to meet the gap, or suffer the consequences.

Not only that, classrooms in DPSCD schools are literally ovens this week as temperatures soared into the 90s. Teachers were told, basically, to suck it up and tough it out because, thanks to Republican policies, largely crafted and promoted by Education Secretary Betsy DeVos and her family, they are in direct competition with charter and private schools for students (and the money that comes in with each student):

It’s worth noting that other school districts around the state did NOT feel compelled to force students and teachers to sweat it out in their classrooms and cancelled classes.

This all sounds remarkably similar to the situation teachers encountered in schools in the Education Achievement Authority: forced austerity, terrible teaching and learning conditions, and school infrastructure that is literally crumbling around them. A few miles outside of Detroit, kids in more affluent areas attend air-conditioned schools that are well stocked with supplies. It’s little wonder that M-Step scores show that, once again, our state is profoundly failing the children of Detroit:

If Republican lawmakers have their way, many, if not most of these schools will be unceremoniously shut down in the not-too-distant future:

Less encouraging are the results for so-called “partnership schools,” the dozens of schools that were targeted for closure by the state last year.

The schools — 24 of the 38 schools on the list were in Detroit – were threatened with closure in January 2017 under a new state law that called for schools with years of low tests scores to be closed down. Parents were sent letters encouraging them to apply to higher-performing schools. Then, with pressure mounting from lawmakers and a slew of lawsuits looming, Gov. Rick Snyder scrapped the closures and agreed to let schools remain open if they committed to improving test scores in coming years.

The test scores released Wednesday morning are the first to offer a glimpse at how the schools have done since then. The early results are concerning.

Most schools on the list fell short of targets spelled out in the partnership agreements, which typically called for schools to improve their scores by nearly two percentage points per year. At Law Elementary School in Detroit, which was returned to the city’s main district last year after a state-run recovery district dissolved, scores fell in every grade and subject. At Durfee Elementary-Middle School, English scores rose — but not enough to hit state targets.

This is the plan of so-called “education reformers”, corporatists who want to disband the public school system and turn our education dollars over to charters and private, even religious schools: impose severe austerity making it nearly impossible for students to achieve and then use the “failure” to justify dismantling the public school systems. And, since Michigan leads the country in the percentage for-profit charters, our tax dollars will then be siphoned off to bank accounts of the charter schools put in place to replace public schools. As we have written about at length on Eclectablog, the data shows that charter schools are no more successful than public schools and the for-profit model only encourages more corner-cutting in order to bolster profits at the expense of students and their teachers.

If you are a teacher in DPSCD and have a story to tell, please use the Contact button at the top left side of the page to share it. Given what’s at stake (i.e., your job), you may remain anonymous if you wish.