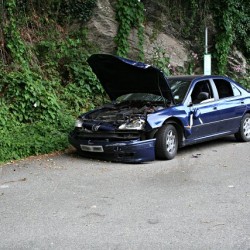 A big factor trapping people in unemployment? The answer may surprise you.

To get and keep a job, you need a reliable way to get there. If you lose your job – particularly if your income was low to start with – affording and maintaining a reliable vehicle is difficult, maybe impossible. And without a reliable vehicle, it’s harder to get or keep a job. Especially in areas, like much of Southeast […]

END_OF_DOCUMENT_TOKEN_TO_BE_REPLACED

Michigan Gov. Rick Snyder has been doing a LOT of bragging this year about how Michigan is the “Comeback State”. The data, he says, “is in”. However, his presentation of the data is flawed and doesn’t tell the entire story. Yes, the number of people employed in Michigan is up since he took office. However, even though Gov. Snyder claims […]

END_OF_DOCUMENT_TOKEN_TO_BE_REPLACED

New study: Washtenaw County is a case study of the realities of income inequality in a “knowledge economy”

Conventional wisdom in the 21st Century says that the salvation of our economic future will come from the so-called “knowledge economy“, an economy based largely on technology and that sees education and knowledge as both a business product and a productive asset. In knowledge economies, the need for high-skill workers is amped up and these workers are, presumably, paid more […]

END_OF_DOCUMENT_TOKEN_TO_BE_REPLACED When Rick Snyder came into office, Michigan had the nation’s 5th highest unemployment rate. After nearly four years of his relentless positive Republican action, guess where we’re ranked now? Yup: 5th. That number doesn’t tell the full story either. The only reason we’re ranked 5th instead of 4th or less is because so many Michiganders have left the job market. […]

END_OF_DOCUMENT_TOKEN_TO_BE_REPLACED

If you go to Rick Snyder’s Facebook page, you’ll see a picture of him smiling smugly under the banner “Michigan’s Comeback Kid”. Putting aside the fact that “comeback kid” actually refers to a person who has come back from some personal trauma, something our Governor has not done, the suggestion that Michigan is somehow roaring back to economic prosperity under […]

END_OF_DOCUMENT_TOKEN_TO_BE_REPLACED

Michigan unemployment rate up, now 3rd highest in the country

NOW can we ask, “Where are the jobs”??? Back in February, Michigan had the 4th highest unemployment rate in the country. Today, we have the 3rd highest at 7.5%. That’s up from last month, by the way. In fact, only Mississippi and Rhode Island – who are tied for last place – and Nevada are higher. 46 states and the […]

END_OF_DOCUMENT_TOKEN_TO_BE_REPLACED 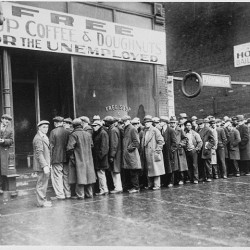 Tens of thousands have been cut off from the benefits they earned.

A study released this week found that the Michigan legislature’s cuts to unemployment insurance have meant a loss of benefits for 14,000 to 32,000 Michiganders a week. (full disclosure here, one of the study’s authors is a personal friend, and has been a client on other issues).

For those who may have missed it at the time, Governor Snyder and the legislature shorted the period the short-term jobless can collect unemployment from 26 weeks to 20 weeks, along with reducing eligibility and making it easier for employers to contest claims. And this was during a period where the national unemployment rate has remained high, and Michigan’s jobless rate one of the highest in the nation.

END_OF_DOCUMENT_TOKEN_TO_BE_REPLACED Rick Snyder’s record: Michigan is 49th in job growth & has the 4th highest unemployment rate in the USA

END_OF_DOCUMENT_TOKEN_TO_BE_REPLACED

Tim Walberg: No support for hard-hit or low-wage workers but says govt. should be “feared”, is “an aristocracy”

The only thing we have to fear is … heartless Republicans The U.S. Senate has passed legislation that would extend unemployment benefits for 1.3 million Americans who saw it run out due to Congressional inaction in December of 2013. The bill extends the Emergency Unemployment Compensation program which provides additional weeks of benefits after state-based unemployment benefits come to an […]

END_OF_DOCUMENT_TOKEN_TO_BE_REPLACED Michigan unemployment rate falls for the first time since May, still 2nd worst in the USA

Comeback state? Ferreals? The Bureau of Labor Statistics released its November unemployment numbers and, for the first time since May, Michigan’s number went down. To 8.8%. Almost 2 points above the national average of 7.0%. Here’s how our numbers have tracked the national average since late 2010 (November data not included): You can play with this graph yourself HERE. The […]

END_OF_DOCUMENT_TOKEN_TO_BE_REPLACED

Debunking the Republican myth that Michigan is a “Comeback State”

come·back – noun \ˈkəm-ˌbak\ — A return to a former position or condition (as of success or prosperity) I feel like Governor Snyder and his administration have a different dictionary than I do. He has repeatedly claimed lately (as part of the non-launch of his 2014 campaign) that Michigan is the “Comeback State”. The only thing that I can figure […]