Ypsilanti blogger (and my good friend) Mark Maynard of the most-excellent MarkMaynard.com recently interviewed Dr. Syed Taj, candidate for Michigan’s 11th Congressional District. After Thaddeus McCotter resigned his seat in disgrace after his campaign staff engaged in egregious election fraud, Dr. Taj found himself in a race against Tea Party activist Kerry Bentivolio and white supremacist Daniel Johnson. Dr. Taj is an excellent Democrat and, with some good fortune and good Democratic turnout, is likely to be the next Congressman from MI-11. 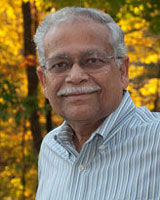 Thanks, Thad. Allow us to clean up this huge mess you left behind for you.

When last we left the Thad McCotter MI-11 Trainwreck, Republican Kerry “Reindeer Farmer/9-11 Truther” Bentivolio had $300,000 dumped into his pocket by a Ron Paul SuperPAC, while the Michigan GOP desperately tried to save face (and the House seat) by scrambling to run former state Senator Nancy Cassis as a write-in candidate.

Meanwhile, on the Democratic side, Dr. Syed Taj, Canton Township Trustee, former head of medicine at Oakwood hospital and all around good egg, could nary believe his good fortune by seeing his campaign–which was already solidly run and raising some decent money ($200K in the spring quarter)–suddenly go from a longshot against 5-term incumbent McCotter to reasonable odds (if still an underdog) in an unexpectedly open, and very confusing seat.

Well, there have been three major developments since then.

You’ll find them and more after the jump.

END_OF_DOCUMENT_TOKEN_TO_BE_REPLACED This isn’t any better…

There’s a lot of laughing and giggling and guffawing bout the utter failure of Congressman Thad McCotter. Since it was discovered that almost 90% of the signatures he turned in to get on the August primary ballot were invalid, he has now dropped out of the race and won’t be running a write-in campaign.

Unfortunately, the guy who did make the ballot is as bad or worse than McCotter.