You’ve probably heard the House Republicans are planning another useless vote to repeal ObamaCare. This 30-somethingth display of their impotence is the kind of sabre-rattling that appeals to GOP primary voters — the only voters they care about — while wasting our precious time and money as millions of Americans struggle to find work. Imagine if House Republicans had voted […]

END_OF_DOCUMENT_TOKEN_TO_BE_REPLACED

Oh, for the love of Goddess…

If you don’t believe the headline of this post, I really don’t blame you. I myself was skeptical until I clicked the link to the Arizona Daily Star article and was forced to confront the unfortunate fact that there are actually people this stupid, this unbelievably moronic roaming the earth.

But there it was, in black and white: “Ex-Tucson mayoral hopeful McClusky plans free shotguns for high-crime areas”.

All the facepalming details after the jump.

END_OF_DOCUMENT_TOKEN_TO_BE_REPLACED 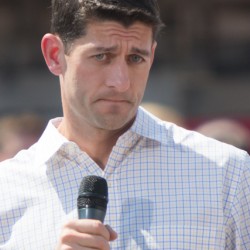 Paul Ryan: “We’re not going to give up on destroying the health care system for the American people”

Honesty comes out in the funniest ways sometimes

It’s not that this comes as a surprise or anything, we just never thought you’d be so brazen about it, Mr. Ryan.

To quote a former candidate for president: “Oops”.

END_OF_DOCUMENT_TOKEN_TO_BE_REPLACED Let the states decide if Republicans can marry

END_OF_DOCUMENT_TOKEN_TO_BE_REPLACED Details and photos after the jump.

END_OF_DOCUMENT_TOKEN_TO_BE_REPLACED 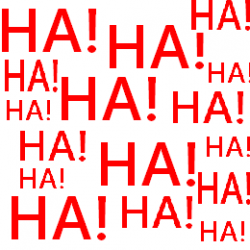 Ladies and gentlemen: the “Savior of the Republican Party”, Marco Rubio

Excuse me while I take this drink…

Submitted without comment but with peals of mocking laughter:

END_OF_DOCUMENT_TOKEN_TO_BE_REPLACED Are you woman? Are you man? We’re your biggest Twittered-up fans

Last night, LOLGOP was on SiriusXM’s Politics Powered By Twitter show. You can listen to it after the jump. If the link doesn’t work for you, hop over to the HyperVocal website where they have transcribed some of the highlights and included their own commentary and impressions after talking to our very own Eclectablogger.

It’s a spectacularly fun interview. Enjoy (after the jump.)

END_OF_DOCUMENT_TOKEN_TO_BE_REPLACED Are you enjoying the GOP’s worst rebranding ever?

The current meltdown reminds us that 2010 was a massive fluke that we must avenge In the summer of 2012, House Minority Leader Nancy Pelosi pushed a plan that would extend the Bush tax breaks for all income under $1,000,000. She did this for one reason: To prove the House GOP would never vote for a tax increase ever, despite […]

END_OF_DOCUMENT_TOKEN_TO_BE_REPLACED How the GOP’s rebranding became even less popular than the GOP If you’re ever feeling masochistic, take a look into the comments of a post on Breitbart.com. You’ll see gems like this one from “Patriot”: We have quit. Mitt won hands down & we did nothing. Whats left to do? Become a terrorest against our own country? ( “terrorest” must […]

END_OF_DOCUMENT_TOKEN_TO_BE_REPLACED

Former Clinton advisor-turned-tea party freak, Dick Morris has a new book out called Here Come the Black Helicopters: UN Global Governance and the Loss of Freedom. In it, he postulates, among other things, that if President Obama is reelected to a second term, he will allow the United Nations to tax Americans so that they can redistribute the money to less fortunate countries.

You think I’m kidding but I’m not. He put it out there in an “opinion” piece (i.e., book advertisement) at Fox News, reposted from his own website.

END_OF_DOCUMENT_TOKEN_TO_BE_REPLACED How to Talk Dirty to a Tea Partier – w4m (Ann Arbor)

ann arbor craigslist > personals > casual encounters Date: 2012-10-7, 3:04AM EDT Seeking a common sense conservative who woke up from a coma on the day President Barack Hussein Obama was inaugurated. Seeking a small government conservative who honestly believes that that the government is way too big, except when it comes to policing women’s vaginas, blocking gay marriages and […]