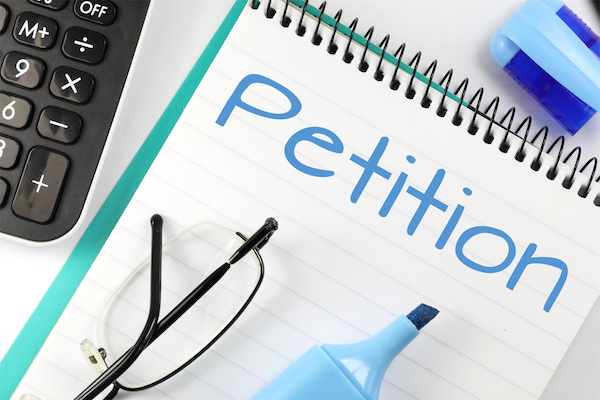 Gathering petition signatures is an act as old as democracy itself. It is direct and easy to understand: Sign the petition to show your support. Sign the petition and the person or issue will be placed on the ballot for everyone to decide on. Many of us have signed or circulated petitions for issues or candidates that we believe in.

It is reasonable for voters to assume that signing petitions is not a final act. In most cases, they could expect that a candidate would find their way onto the ballot during an election or that a proposal would be voted on at a later time.

However, this is not always the case and is why I feel it necessary to issue this Public Service Announcement.

The new in-vogue petition to circulate is for “Citizen-Initiated Legislation” and they are handled differently than how you might expect from a traditional ballot proposal petition. The biggest difference is that Citizen-Initiated Legislation petitions may never come before the voters of Michigan. If enough valid signatures are collected and the Legislature approves of the new law, it becomes State Law. It bypasses the Governor, who would not be given the opportunity to veto the bill.

You might be asking yourself why these are being circulated right now. The answer is surprisingly simple: The Republicans control the State Legislature, but not the Governor’s Office. They know, and have seen, that Governor Whitmer will veto hyper-partisan legislation that they want to see enacted into law. They know that the issues are not popular enough, and would be defeated if put to a vote of the entire state. So they have found a way to exploit a loophole in State Law and get their hardcore supporters and those who don’t know the difference between a Ballot Initiative and Citizen-Initiated Legislation to assist.

The Republican Party is trying to get these extreme measures passed urgently because they know that their days in control of the State Legislature are numbered.

The Michigan Independent Redistricting Commission created, for the first time in our history, district maps for the State House and State Senate that were not gerrymandered and influenced by partisan chicanery. The Michigan GOP has had a stranglehold on the State Senate for 38 years thanks to their control over the redistricting process for the previous four mapmaking sessions.

Now, in the face of these new maps, which are much likelier to see Senators that are representative of Michigan’s political makeup, the GOP is scorching the earth and supporting these initiatives so that they can pass them before they lose this November.

Republicans and their operatives are paying petition circulators to parachute in from other states (the one in this video clearly states that he just arrived from Florida) to get people to sign these petitions by any means necessary.

These petition circulators are also comfortable lying because they were caught red-handed during a previous petition drive for the since-passed Unlock Michigan proposal and were never charged or prosecuted.

In the case of Secure MI Vote, one of the many petitions that circulators are pushing: The bills have already been vetoed by the Governor, and now the GOP is trying to get it done by cutting her and the Voters of Michigan out of the process.

The takeaway here is be VERY careful when you are approached to sign petitions. Know that these circulators may lie to you, they may try to get you to sign out of empathy to get them paid. There are a number of sleazy tactics that are (or should be) illegal.

Read the petition language fully and be absolutely sure that you know the full extent of what a petition would do, or else we may be stuck with a law that was sponsored by big Republican donors and passed by a vindictive Legislative majority.

Also, I would be remiss if I didn’t ask that voters DECLINE TO SIGN the “Secure MI Vote” petition, as it will do anything but make our elections secure.

For those that witness petition circulators who are lying to voters, decline to sign their petitions and report the activity by calling 517-481-2165.

If you have any election questions or concerns, I  can always be reached @BarbByrum on Twitter or [email protected].