The following essay was written by my good friend Hugh Madden. I can’t think of a better way to contemplate the importance of thankfulness on Thanksgiving Day (or any other day, for that matter.)

“Thankfulness”
By Hugh Madden
Each year as Americans gather around dinner tables for Thanksgiving, we use the holiday to pause and reflect on what we are thankful for that year. Another year of health, time with our loved ones or more material things such as our current home, our car or job. I often get caught without a good answer when the conversation turns to me to give thanks.

Mourning Doesn’t Always Have to Include Grief 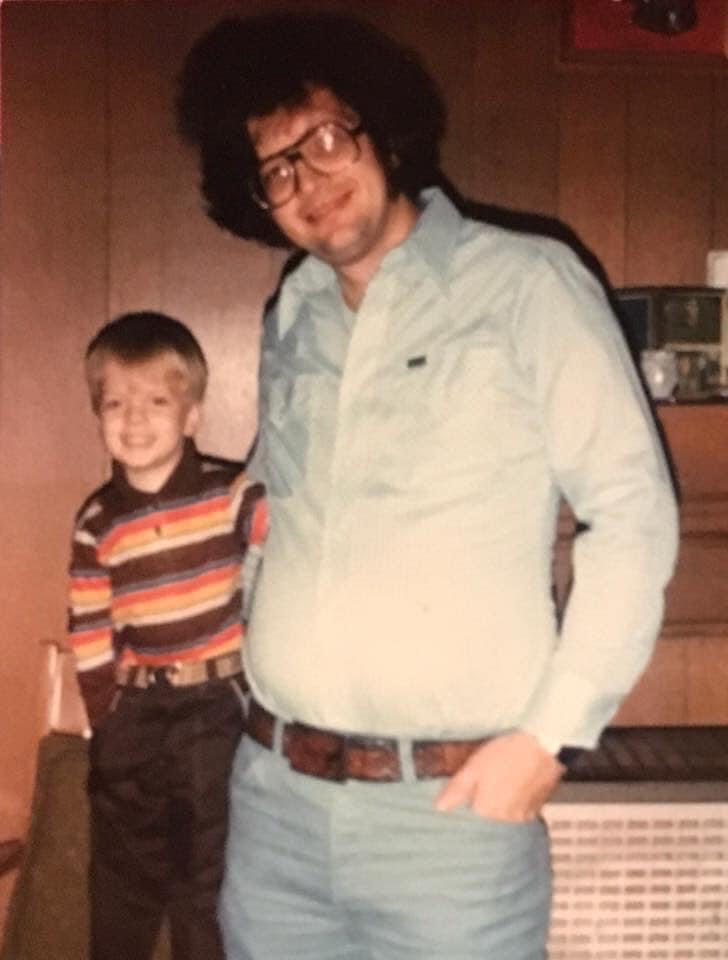 This year will be my third Thanksgiving holiday since my dad passed away in 2019. I miss him every day, but the holidays often can make mourning loss exponentially harder. But this year, I’m going to mourn with gratitude. I’m grateful for the time I had with my dad. For the lessons I learned that I carry with me and impart to my children. I’m grateful for memories that we made and how I can still reach out to him through our shared music and love of baseball. This year, I’m grateful my dad left me years of memories and lessons to sustain me.

One of those lessons I think of often was something he said to me when I was a kid. He told me there were three types of men as he saw it. First, there were the type of men who couldn’t grow up until their dad died. Next, there were men who fell apart and were unable to move on – caught in a spiral of grief. Finally, and he made clear this is what he hoped for me, there were men who understand that death is part of life, and they carry on knowing that not a single day is promised and are able to mourn and move forward. He punctuated this lesson by pointing out a recent episode of “Days of our Lives” where the main characters laughed at a party just hours after attending a funeral and saying, “That’s life. Pain, joy, laughter and the mundane all happen to us at the same time.”

So, this year, I’m thankful for the time I had with my dad, with my grandparents, so many aunts and uncle who have passed on and I’m thankful for memories I made with those who are still here. Remembering someone who has passed doesn’t have to always be a sad occasion. This year, I will mourn through a lens of happiness and gratefulness.

It’s the Small Things
We often try to think of big things to be thankful for on a holiday. But I’ve found that the moments of solace are often small, unexpected moments reveal that life in its finest hour. A small breeze during a stroll on a hot day, a smile from a stranger. It’s watching my kids grow and learn and those moments where you get a sense that they’ll be o.k. when they get older.

Thinking about my dad, I’m more aware that our best moments were the small moments. I don’t remember who won the Tiger game we went to in 1987 but I remember asking him for money to buy a drink and him missing an inside-the-park homerun. He gave me a hard time for missing the homerun for years but always with a laugh and the name of the hitter – Gary Gaetti – became our shorthand for a dad missing something to take care of his kids.

This year, I’m thankful for small things – the moments in life when we feel our best. Even though it’s not time to make a resolution for the following year. I’m resolving now to spend the next year pausing and letting those little moments add up and try to appreciate them in the moment.

Today is a Good Day to Reflect on Progress
As a progressive who desperately wants America to live up to its promise, it can be soul crushing to read the headlines, doom scroll Twitter, and, sometimes, to watch election results. It’s easy to give in to despair when we see cultural battles spring up – seemingly out of nowhere – that we go on to lose. As progressives, we should lift our heads up from the current battles to reflect on the ways in which we’ve made this country better.

In just the first fifth of this century, we have led and participated in movements that have elected America’s first Black President, first woman Vice President, made our healthcare system fairer and more affordable, made marriage equality a Constitutional right, protected Roe v. Wade, and moved the cultural needle on abortion rights away from right-wing reactionism and toward a focus on choice.

More people are vaccinated than not. President Biden has passed the American Rescue Plan, the Bi-Partisan Infrastructure Bill and Build Back Better is in the process of being passed. This is a monumental time for progressive policy and we should both recognize our work that has led to this moment and the progress we’ve made. Any sober reflection on our country over the past twenty years would conclude that our country is more progressive. And yet, there is still so much to be done.

It’s always a good to reflect on progress because none of us are blessed with a life long enough to fix all the issues that need fixing.

Choosing Optimism
We live in challenging times. A global pandemic has raged for nearly two years with those who seek to divide us using disinformation to do so. The song “Allentown” by Billy Joel that captured the plight of the decline of manufacturing towns was written forty years ago and we all know too many towns that have continued to shed jobs and opportunity. So many issues need to be addressed it can sometimes be debilitating because it’s hard to know where to begin.

But I’m thankful for optimism because history tells us that, even in the darkest of times, goodness is present. That even when the challenges seem too much to bear, movements come along and inspire us to action. When problems have seemed impossible to solve, innovation and ingenuity came through with vaccines, scientific discoveries, and new ways to organize together for progress.

It’s not naïve to celebrate progress while also understanding that, for some, progress comes too late. Too often, that is for Black and Brown people in our country. It’s almost a requirement of progressives to be optimistic about the future. Optimism is hope. Hope for a better future, hope that our problems can be solved. The belief that we each have agency in our own lives and the broader issues of our times.

Therefore, I’m choosing to be thankful for those who continue to lift-up the downtrodden, to love their neighbor as themselves, and to recognize that we are not perfect but we are also not paralyzed by fear of failure or the pursuit of perfection.

Lessons in Action
A few weeks after my dad passed away, I took my son to see the movie “Jo Jo Rabbit.” The movie was good but the time with my son was something I cherish. During the end credits, an excerpt of a poem by Rainer Maria Rilke filled the screen:

“Let everything happen to you. Beauty and terror. Just keep going. No feeling is final.”

I reflect on this often. No feeling is final. Grief is sometimes pain and then remembrance. Some days the small things we take for granted are the best part of our day as we are awakened anew to simple pleasures. The way things are now are not necessarily the way things will always be. Sometimes the world can be harsh and cold, but we get to choose how we face it and, with determination and some luck, we have the power to make our world a better place.

THAT is something to be thankful for.