But, the truth is, it doesn’t have to be this way, especially as we grow older and find ourselves needing prescription drugs more frequently. And there’s something we can do about it.

Here are some facts about prescription drugs that you may not know:

Taxpayers fund the research on nearly ALL new prescription drugs 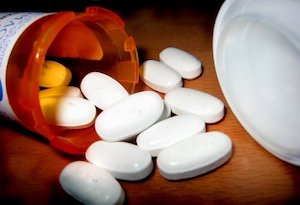 A common myth – largely spread by Big Pharma corporations – is that they have to keep their drug prices high to pay for all of the research they do to develop new drugs. But the fact is, the research on most new drugs was funded by taxpayers through the National Institute for Health (NIH). Only after a new drug shows promise and is likely to turn a profit is it handed off to the drug manufacturers.

One study found that 9 out of 10 Big Pharma corporations spent more on marketing than on new drug research.

So, taxpayers fund the risk and Big Pharma earns the profits.

And, make no mistake, they are WILDLY profitable. Drug companies earn an average 15-20% profit margin (compared to an average of 4-9% for non-drug companies) and raked in roughly $851 BILLION of revenue in 2020. That translates to an industry profit of $127-$170 billion dollars in a single year.

If you work for a large company, chances are they negotiate with their insurance companies on the cost of your healthcare coverage, including how much you’ll pay for your prescriptions. Not many people know this but the federal government is prohibited BY LAW from negotiating with big pharmaceutical companies for the prices of the drugs they buy as part of Medicare.

This is such a good deal for Big Pharma that they are spending a LOT of money to stop progress on allowing the government to negotiate with them. When a small handful of Democrats (yes, sadly, they are Democrats) decided to pull their support from provisions in the current reconciliation bill that do away with the prohibition on Medicare negotiating with the drug makers, the pharmaceutical lobby began an ad campaign praising them. In addition to this, a phony senior citizens advocacy group funded by the Koch brothers’ empire is running an incredibly deceptive ad that makes false claims about the bill.

It’s easy to see why Big Pharma likes things the way they are. It is estimated that the federal government would save A HALF TRILLION DOLLARS over ten years if they were allowed to negotiate with the drug makers.

If the reconciliation bill working its way through Congress is passed into law, those savings will be reinvested to cover dental, hearing, and vision in Medicare (which are currently NOT covered, believe it or not), enormously offsetting the total and without increasing taxes. That benefits EVERYONE because, like it or not, sooner or later nearly all of us will be at an age where we are eligible for Medicare.

In these polarized times, there are few things that most Americans agree on. However, when it comes to getting rid of the ban on the federal government negotiating Medicare drug prices, that is not at all the case. In a recent poll asking about provisions in President Biden’s “Build Back Better” plan, it was the most popular element.

And it’s not just Democrats who like it. In a recent Kaiser Family Foundation poll, 83% of Americans support the government being able to negotiate with drug companies, including 71% of Republicans.

The law prohibiting the federal government negotiating with Big Pharma to control the cost of Medicare prescription drugs exists only because the pharmaceutical corporation lobbyists and donations from these companies have convinced even some Democrats to go against the will of their constituents and against doing what’s right for average Americans so they can keep the campaign cash flowing.

One of things you can do to help solve this greed-driven problem is to make sure your U.S. Senator backs two things: getting rid of the filibuster so we can begin to pass laws with a majority vote and making sure they support doing away with the law that prohibits the federal government from negotiating Medicare prescription drug prices with the Big Pharma corporations by making sure this provision remains part of the current reconciliation bill and that it gets the support it needs to be passed into law.

You can also support groups like the Committee to Protect Healthcare who are working hard on this and a wide array of other issues around expanding access to affordable, quality health care for EVERY American. You can do that by clicking HERE.