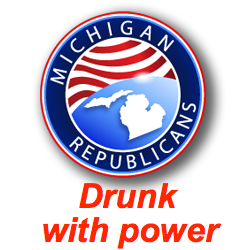 Nearly two months ago, the federal government made billions of dollars in COVID-19 relief funds available to the states. Michigan is in line for over $5 billion in relief funding, including $2.1 billion to re-open schools in our state. However, so far, none of that money has been allocated and, if its not used by the end of March, we will forfeit it. The only reason the money has not been accepted is because Republicans will not agree to accept it until Governor Gretchen Whitmer cedes her authority to keep our state safe and allows local school districts to decide for themselves when and how to reopen schools. The condition they are putting on the acceptance of over two billion dollars is nothing short of a power play to maintain their gerrymandered control over our state.

This morning, a group of parents from around the state held a press conference demanding that Republican legislators stop using the lives of their children as a bargaining chip in the quest to diminish Governor Whitmer. Tinu Roland, a parent in the Detroit Charter School District, was blunt: “People like [State Representative] Thomas Albert think it’s okay to play games with our children,” she said. “It feels like our kids are in a different pandemic than he is.” Rep. Albert, a Republican from Lowell, is the Chair of the House Appropriations Committee. In addition to his demand that Gov. Whitmer relinquish her authority to protect all Michiganders, he refuses to release all of the funding from the federal government at once, instead making the funds available only on a quarterly basis. “If the governor performs in that time period, then we’ll continue on with the next installment,” he told The Detroit News.

Dallas Flippen, a parent and pastor with a child in the Jackson Public School system, pointed out that sometimes it’s the little things that can trip a student up, things like not enough charger cords for the laptops and other electronic devices kids are using both at home and for in-person classes. “This financial support can solve these sorts of problems,” he said. Speaking as a pastor, he pointed out that “moral failure isn’t just doing something bad, it’s also failing to do good” when the oppportunity presents itself.

Another parent from Detroit, Arlyssa Heard, has a child with learning challenges. She described how important it is for him to have a structured learning environment and how hard remote learning has been for him. Getting schools open safely is a priority for her. “I am outraged that this money is being withheld due to political squabbles and plays for power,” Heard said. She has one message for Republicans who are holding up this desperately-needed education funding: “Grow up and listen to our children for once!”

It’s not just parents who are livid at the Republicans’ game playing. School administrators are equally angry. Robert McCann, executive director of the K-12 Alliance, had this to say:

Congress worked tirelessly to pass COVID-19 relief funding for schools and intentionally left no discretion to the states on how it is to be used. The Michigan Legislature has only one job as it relates to this funding: allocate it. […]

The K-12 Alliance is comprised of every public school superintendent from Genesee, Macomb, Oakland, St. Clair, and Wayne counties. Their districts have a combined 580,000 students.

“We’re caught in the middle of this political struggle in Lansing. It’s not a great place to be,” said Kevin Miller, the Superintendent of St. Clair County Regional Educational Service Agency. […]

[T]tying these dollars to health-related debates is unacceptable. It’s unconscionable,” said Peter Spadafore, the deputy executive director for external affairs at the state’s association of superintendents and administrators. […]

Other costs like after-school activities, summer school programs, public transportation to school buildings are also outlets where the money is spent. Another is refitting the ducts to improve airflow in buildings – a popular remodeling project during the pandemic. But that kind of project can take months to complete.

Education dollars aren’t the only federal funding that Republicans are sitting on in their effort to stick their thumb in Governor Whitmer’s eye. Rental assistance is going unallocated, too. In fact, there is quite a list of people waiting for Republicans to stop flexing their biceps and start doing their jobs:

It’s important to focus on the fact that Republicans aren’t harming just one group of people with their intransigence. They are harming ALL of us by unnecessarily prolonging the societal impacts of the pandemic and by further stalling the restart of our economy. It doesn’t matter if you are rich or poor, if you’re white or brown, or where you live, by delaying our eventual recovery simply to exert political power, Michigan Republicans are hurting ALL of us. It’s time for them to put aside their pettiness and frustration with the results of the 2018 and 2020 elections and do what’s right for ALL of the residents of Michigan.