ATTENTION MICHIGANDERS! Now is the time to request an absentee ballot for the March primary election! 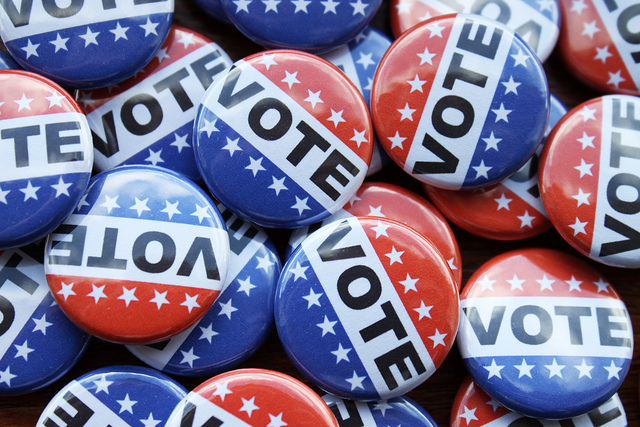 With the March 2020 Presidential Primary Election right around the corner, county, city, and township clerks are making preparations. We are also seeing an increase in voters utilizing the opportunity to vote via absent voter (AV) ballot (also known in some states as “Vote at Home”) since the passage of Proposal 3 in 2018.

Local clerks are sending out Absent Voter Ballot Request Applications to those individuals on their Permanent AV Application List so that those voters may return the completed application and an absent voter ballot may be mailed out promptly.

It is important to note that in Michigan, a voter is not registered as a Democrat or a Republican, but when requesting a ballot for the March Presidential Primary Election, the voter must request a specific ballot style, as there may be up to three different types of ballots for this coming election: Democratic, Republican, and No Party Declaration, the third of which will only be available for those jurisdictions that are also holding local contests in March. How a voter votes is anonymous, however, what type of ballot the voter requests during such a Presidential Primary Election, and if they vote, is public information.

To be clear, if a jurisdiction only has the presidential candidates on the March Presidential Primary Election ballot (i.e., no county, local, or school proposals), there will only be an option of a Republican or Democratic ballot.

Please note, both partisan ballots will each have a choice as “Uncommitted,” which means that the voter selecting this choice is exercising a vote for that political party, but is not committed to voting for any of the candidates listed on the ballot. If enough voters cast “Uncommitted” votes, that political party may send delegates to their national nominating convention who are not committed to a specific candidate.

Also public information is if a voter has requested an absent voter ballot, when the request was received, when the ballot was mailed out, and when the voted ballot was returned. That is why voters receive numerous calls, the closer we get to Election Day, as campaigns are paying attention to those absent voters who have not yet returned their ballots to their local clerks.

The federal requirement to have ballots available to Military and Overseas Voters (MOVE) is 45 days before an election, which in this case is January 25, 2020, and typically, ballots are mailed to all voters that have requested an absent voter ballot around that date as well.

To address a common myth: absent voter ballots are absolutely counted! Michigan has strict rules regarding how absent voter ballots are processed and counted. Specifically, when received, the local clerk is to do the data entry into the state system as soon as possible so that voters (and campaigns) know when ballots have been received. The signature on the return envelope must be present and is then compared to the voter’s signature on the Absent Voter Ballot Application they completed for that election. Absent voter ballot envelopes may only be opened once polls have opened on Election Day. They are then removed from the envelope (still in a secrecy envelope) and fed through the tabulator.

The Michigan Bureau of Elections is encouraging local clerks to open Absent Voter Counting Boards, which will increase the need for tabulators but will allow for faster tabulation of absent voter ballots, as they will be processed separately from in-precinct ballots on Election Day.

I, along with more than 1,500 clerks across Michigan, have been working hard to prepare for the 2020 elections and to ensure your right to vote securely – whether that is by absent voter ballot from home or wherever you may be in the world, or on Election Day. In light of that, I ask that voters take the opportunity to make sure they are prepared for these elections as well. To check the status, update your voter registration and see your sample ballot, please visit the Michigan Voter Information Center (MVIC). To request an absent voter ballot for the March Presidential Primary Election, please complete the request form and send it to your local (city or township) clerk.

As always, if I may ever be of assistance to your or your neighbors in exercising the right to vote, please feel free to contact me.