Don’t feel sorry for me

“I feel sorry for you…I wish you weren’t missing out”
“So like…what do you do for fun, then?”
“So were you forced to wear the hijab? Do you have to keep it on when you get married? Oh and do you have a say in your marriage or are your parents going to decide for you? Cuz I know how your culture can be”

These are things I’ve heard over the years, even by people who know me well and wish only the best for me. The idea is that, because I only eat halal or that I don’t drink, and by extension don’t engage in particular social activities, I should be pitied. If only I were free and did whatever I wanted instead of being restricted by my religious beliefs. It’s as though I should want to do the same things as everyone else -— if only it weren’t for my lack of agency.

This sort of comment may seem small, but it stems from a larger problem in our society. It is exemplary of a history of a white savior complex that pities the Muslim woman because she is supposedly oppressed. If she did things that other more “normal” people did, then she would loosen up and feel better about her life. It’s the same white savior complex that led to colonialism and the destruction of civilizations and led to a white liberal feminist agenda that excludes the narratives and perspectives of women of color. It questions the capability of Muslim women to think critically and intelligently about their own socio-political and historical contexts and to arrive at their own conclusions about what they believe is best for their own lives.

Some people cannot fathom that I could possibly be happy or fulfilled with the life choices I make. They cannot comprehend that I’m content to NOT drink or be involved in a culture that heavily relies on alcohol for amusement. They can’t understand that my freedom lies not in actively working against my faith by sinning; rather, it lies in my ability to practice my faith openly and without being reprimanded or pitied.

They’re the ones limiting my agency. Those people who tell me they feel sorry for me, who make it harder for me to be myself around them because they’ll make some sort of comment about how Islam is holding me back. Or those who think that my veil strips me of my agency, when in fact after living with my veil I’ve come to conclude that my agency as a woman has only increased in many ways.

If you want to feel sorry for any Muslims, it should be for the Uyghur Muslims in Xinjiang who are currently under captivity by the Chinese government. President Xi Xinping himself said that the Uyghurs should be shown “absolutely no mercy”. Or the Kashmiris who are facing communication shutdowns thanks to the Indian government and the rise of Hindu nationalism. Or the Rohingya Muslims who are under repression by Myanmar authorities. Or for the Palestinians who are losing their homes due to Israeli settlements. Or by the white supremacy that has always viewed Islam and the people who follow it as a threat to American ideals because it attracts people to a life of terrorism. It should be for the Muslims who don’t receive any aid or support from majority-Muslim countries because their governments are so corrupt. 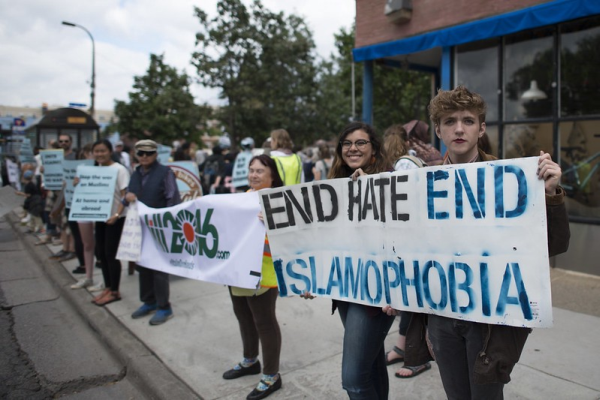 This is not to say that Islamophobia is the end all, be all of injustices in the world. Corruption of all forms is on the rise. I am speaking merely to my own experiences as a Muslim woman and how people often forget to contextualize and to listen to narratives as they are told as opposed to how they want to hear them. And how there are bigger problems of injustice than someone not drinking, for instance. Oppression against Muslim women is real, but it doesn’t stem from their faith. It stems from people.

Focus your energies on real problems. But please, don’t feel sorry for me.