Late last month, the Michigan Democratic Party revealed photos of Michigan Republican Senate candidate John James with indicted Ukrainian criminal Lev Parnas, who was doing what amounted to a whistlestop tour around the country with human-Gollum Rudy Giuliani. It was odd to see Parnas with various candidates around the country and it began to raise questions about how much involvement Parnas, indicted on campaign finance crimes, had in financing James’ campaign, specifically.

This past week, the MDP uncovered a tweet that James posted last year that, in the classic modus operandi of the president he supports “2000%” and who favors tweeting out his crimes in broad daylight, actually shows himself in a meeting with Parnas and Giuliani:

Thank you, @RudyGiuliani for joining us on Mission: Vote John James!💪 We are FIRED UP to protect the American Dream🇺🇸 -> and WILL secure victory on Nov. 6th! 🗳 LET’S FLY! 🦅>https://t.co/R24KGtLlEP< #LetsFlyMI #MISen #TeamJohnJames pic.twitter.com/5lY5VeJxne

Two of the photos in the tweet show James with Parnas and one shows them in a sit-down meeting: 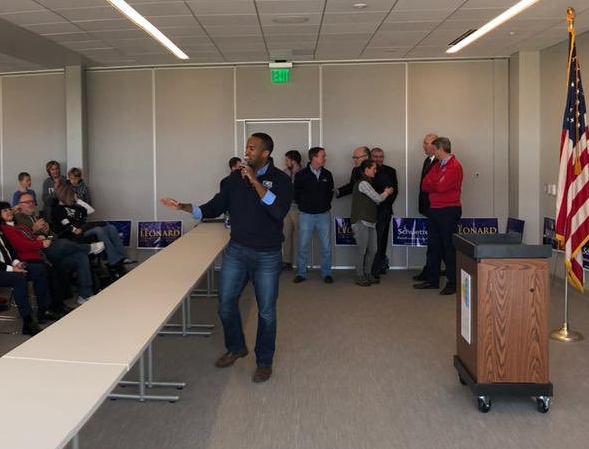 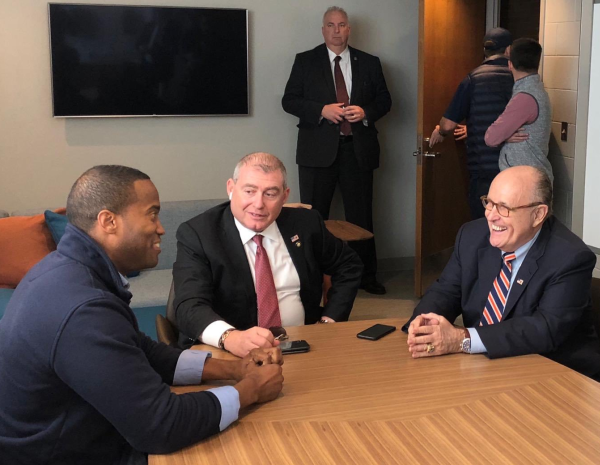 I get why John James would sit down with Giuliani. Giuliani is now a Republican hot shot who has close connections with Trump. But I continue to scratch my head as to why he would sit down with a dude with a strong Ukranian accent who seems to be shadowing the president’s fixer. As I showed in my previous post, unlike other Michigan Republican candidates like Mike Bishop, James never got any direct donations from Parnas and his partner in crime, Igor Furman. Or, as Furman often refers to himself, Igor “FURman”. Turns out he stole another guy’s identity in an apparent and stupidly clumsy effort to disguise his crimes.

Keep in mind, Parnas and Furman/Frumman laundered all the illegal campaign funds through at company named FRAUD GUARANTEE. I’m not kidding.

What’s even more perplexing is why James still has the tweet up now that Parnas has been indicted. John James has spent enormous energy since he got crushed by Debbie Stabenow in 2016 trying to scrub the internet of anything relevant about himself, including his first campaign ad which featured a swastika. I took a screenshot of the tweet in case he takes it down and you can see the swastika video HERE.

Now that he’s been indicted, Parnas is trying to cut a deal with impeachment investigators so perhaps he’ll have more to reveal about why he was traipsing around the country with Giuliani, handing out illegal political donations like John Boehner handing out Big Tobacco lobbyist checks on the floor of the House of Representatives.

In the meantime, the MDP has set up a new website to keep an eye on John James, JohnJamesRevealed.com. 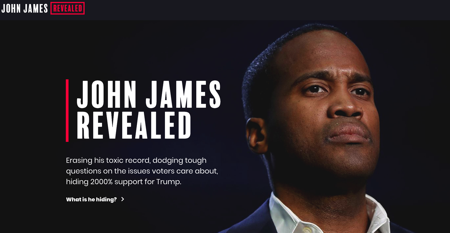 If you want to make sure that John James gets routed by an incumbent Democratic U.S. Senator again in 2020, you can make a donation to Gary Peters HERE.