Earlier this month, Ukrainian “businessmen” Lev Parnas and Igor Fruman were arrested at Dulles International Airport. They were apprehended as they were attempting to leave the country on one-way tickets on a Lufthansa Airlines flight to Frankfurt after having lunch with Rudy Giuliani.

The two were indicted on campaign finance crimes:

The indictment of the two men, Lev Parnas and Igor Fruman, sketched a complex scheme to violate campaign finance laws and did not accuse Mr. Trump of wrongdoing. But it revealed new details about the push to pressure Ukraine: a campaign encouraged by Mr. Trump, led by his private lawyer Rudolph W. Giuliani and assisted by obscure figures like Mr. Parnas and Mr. Fruman. 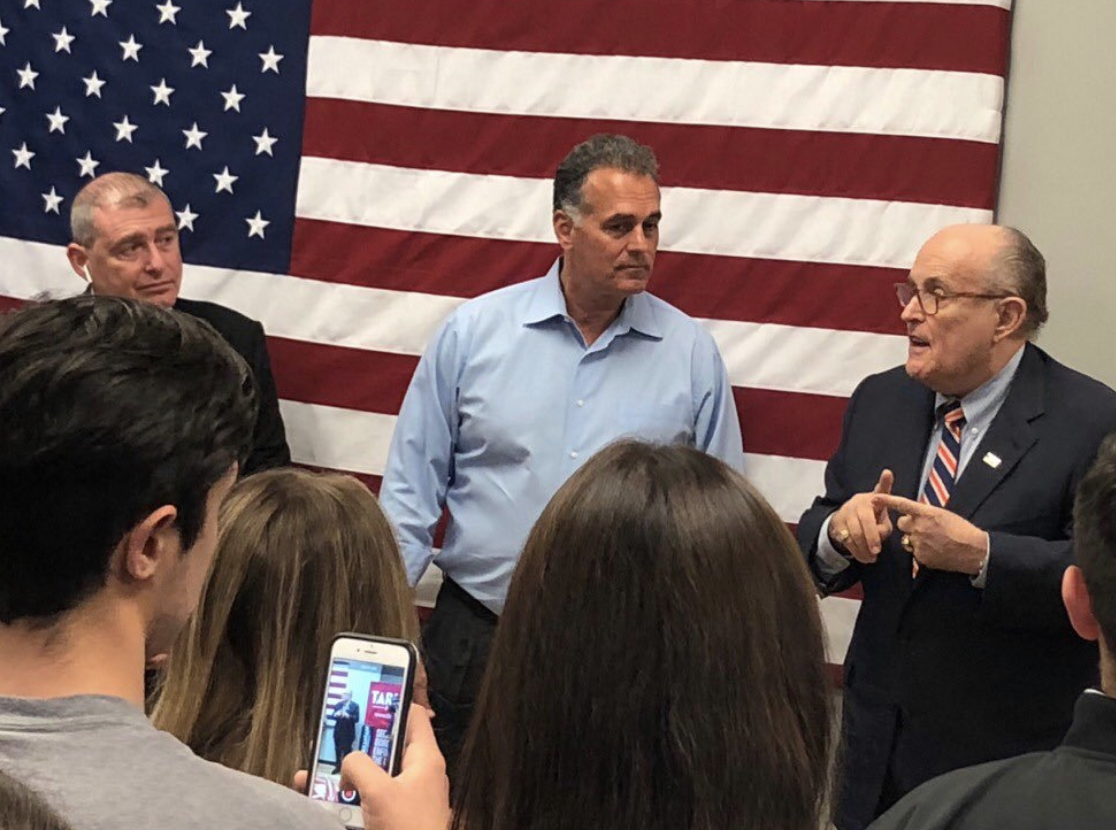 Giuliani and Parnas were there for Nevada candidates Dean Heller and Adam Laxalt, as well:

During the same trip, Parnas and Giuiani spent time in Michigan at events for U.S. Senate candidate John James. Again, he appears in several photos: 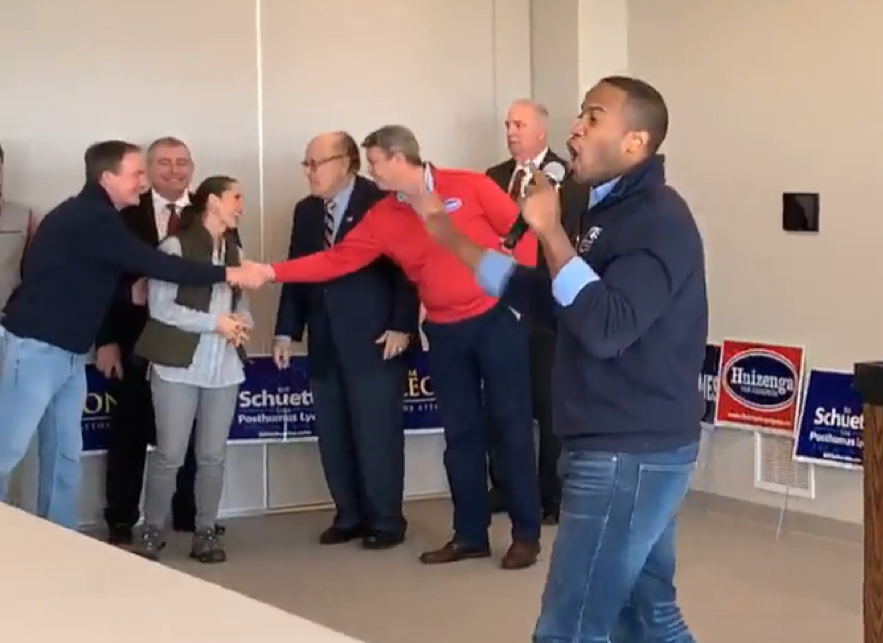 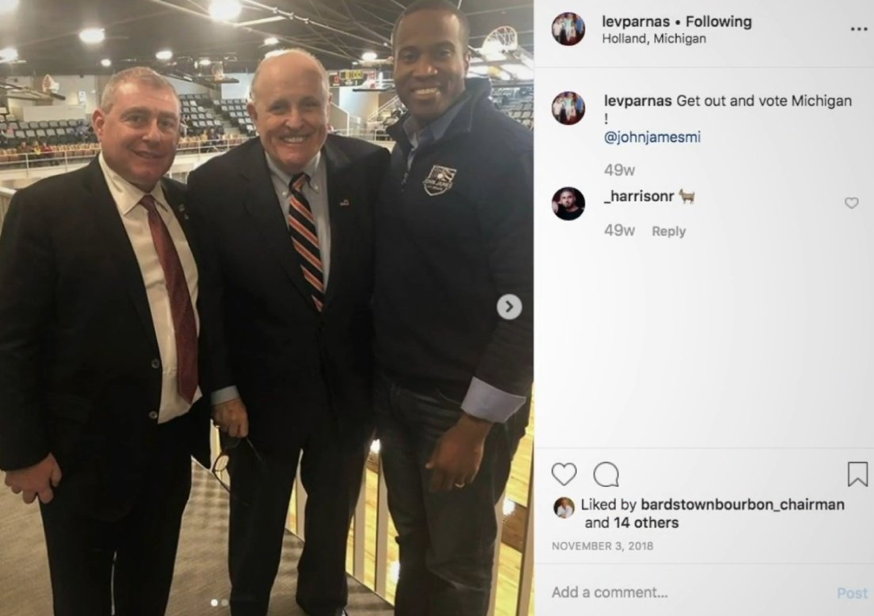 In the first photo, Parnas can be seen grinning broadly in the background as Congressman Bill Huizenga shakes hands with then-gubernatorial candidate Bill Shuette with Schuette’s running mate and current Kent County Clerk Lisa Lyons looking on. Why Parnas was at the front of the room with the others is unknown. You can see video of the event HERE.

Shuette and Lyons went on to be soundly defeated in their election to Democrats Gretchen Whitmer and Garlin Gilchrist while John James was beaten by Debbie Stabenow.

Lest you think Parnas was the only one of the two who was involved in Michigan elections, it’s quite clear that his partner in criminal campaign finance activities, Igor Fruman, was also intimately involved. Indivisible Michigan has been sharing the details in a series of tweets showing that Fruman donated huge sums of money to the failed campaign of Mike Bishop in Michigan’s 8th Congressional District and, indirectly, to John James himself:

Note the (intentional?) mispelling of Fruman’s last name. You can see other donations Fruman/Furman made HERE and HERE.

I understand that candidates might not know EVERY person who shows up to their rallies but you would think that they would at least question why a dude with a strong Ukrainian accent was traveling with Giuliani and rubbing elbows at the front of the room. It certainly makes one wonder how much John James and the rest of the Republicans Parnas and Fruman helped out knew about their criminal enterprise. At the very least, it calls into question their judgment.

And why on earth was Fruman so busy supporting Republicans here in Michigan and elsewhere?

If all of this has you rightly concerned, you can make a donation to Senator Gary Peters’ reelection campaign HERE and make sure that, like Debbie Stabenow, Gary sends John James back to wherever it is he came from.