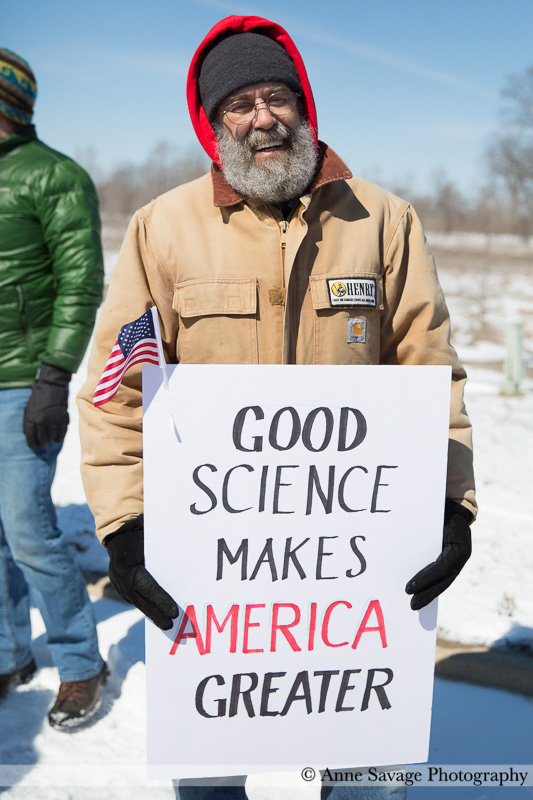 The Clean Air Act requires U.S. Environmental Protection Agency (EPA) to set National Ambient Air Quality Standards for pollutants that are considered harmful to the public and environment. In order to do this, the EPA has a long history of including the advice of independent groups of scientists. However, in October of 2018, Trump’s EPA administrator, Andrew Wheeler, appointed a new Clean Air Scientific Advisory Committee, replaced several of the independent experts with state and local regulatory agencies, and then installed “a chairperson with fringe scientific views who consults for the American Petroleum Institute.” Wheeler then took the extraordinary step of completely disbanding the 20-person Particulate Matter Review Panel, a panel of experts that advise(d) the federal government on policies related to soot and other airborne pollutants that threaten public health and safety.

The 20-person Particulate Matter Review Panel, made up of experts in microscopic airborne pollutants known to cause respiratory disease, is responsible for helping the agency decide what levels of pollutants are safe to breathe. Agency officials declined to say why the E.P.A. intends to stop convening the panel next year, particularly as the agency considers whether to revise air quality standards.

Environmental activists criticized the move as a way for the Trump administration to avoid what they described as the panel’s lengthy but critical assessment of how much exposure to particulate matter is acceptable in the atmosphere.

“To me this is part of a pattern,” said Gretchen Goldman, research director at the Union of Concerned Scientists, a science-oriented environmental nonprofit. “We’re seeing E.P.A. trying to cut science out of the process.”

However, the disbanded panel is getting the band back together and taking it on the road. Under the sponsorship of the Union of Concerned Scientists (UCS), they are meeting in October, exactly one year after the Trump administration told them their services were no longer needed or valuable.

The U.S. Environmental Protection Agency has taken steps to cut independent science from the process by which the agency sets ambient air pollution standards to protect public health. On October 10, 2018, EPA leaders disbanded the Particulate Matter Review Panel, a group of 20 independent experts on particulate pollution and health set to inform the EPA’s review of the ambient particulate matter standard, leaving the agency without the scientific expertise it needs to ensure a particulate standard based on the best available science. Exactly one year later, members of the disbanded panel, now called the Independent Particulate Matter Review Panel, will reconvene to insure independent science advice reaches EPA decision makers

Members of the media and the public are welcome to attend the meeting.

According to Gretchen Goldman, Research Director for the UCS’s Center for Science and Democracy, “The meeting will be run as if it is an official EPA meeting. It will be open to the public and media. We will take public comments. And top experts on particulate and health will discuss the state of the science and policy recommendations.”

Dr. Goldman’s important overview of what has transpired, why it’s important, and what the UCS hopes to accomplish with this act of scientific resistance, was laid out in this Twitter thread:

This is big. It’s never been done before. And I’m excited to share it with you today. We are pushing back on the sidelining of air pollution science at the EPA in a monumental way.

On October 10-11, we will be bringing together the very group of science advisers that EPA leaders disbanded a year ago–to the day–to ensure independent science advice informs the particulate pollution standard.

20 members of the disbanded Particulate Matter Review Panel will come together on October 11 to discuss the science and policy around particulate matter and public health, and make recommendations to the EPA, even though its leaders tried to stop it.

Since then, Trump administration officials at the EPA have taken other steps to dismantle the process that ensures independent science informs EPA’s ambient air quality standards.

This isn’t just politics. For decades, under both democratic and republican administrations, EPA has preserved a process that ensures the best available science informs air pollution protections. This administration is tearing it down. More on that HERE.

And this isn’t only about science for science’s sake. The EPA’s science-based process means standards that protect public health. We enjoy cleaner air in this country because EPA staff and independent scientists have dedicated time and expertise to this process.

That’s why it is so significant that the 20-member (now independent) Particulate Matter Review Panel is stepping up to ensure that science advice continues to inform EPA decisionmaking on health-based air pollution standards.

The meeting will be run as if it is an official EPA meeting. It will be open to the public and media. We will take public comments. And top experts on particulate and health will discuss the state of the science and policy recommendations.

Our meeting is a stark contrast from recent EPA moves that have restricted the kind of open scientific discussion on the particulate matter standard and detached public comments from the science advisors meeting.

Join us on October 10 in Washington DC or on the livestream as we make history and put science advice back into EPA air pollution decisionmaking and help ensure a particulate matter standard that protects public health.

NOTE: Read the whole thread on Twitter for links to pertinent essays and articles.

All of us have a role to play in the resistance. It’s incredibly gratifying to see that scientists, normally an apolitical group that tends to keep their heads down and just do the research, are stepping up on behalf of America to do the right thing.