The antidote to Trump’s fascist hate rallies — knocking on doors

In the battle for brains, conversations fight fascism 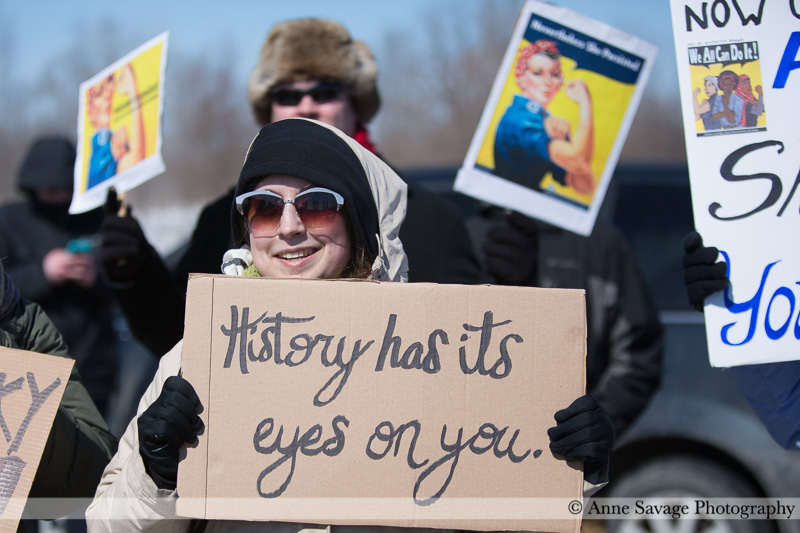 Donald Trump’s unique value proposition to the Republican Party is his shamelessness in giving voice to the fear that white political dominance is fading, a fear that has long guided conservative strategies to maintaining white power while representing fewer and fewer Americans — both in its demographics and its policies.

A large if not majority share of white voters, and a majority of Republicans, say this change will threaten American customs and values — a prospect that they say makes them anxious, even angry.

But without a politician of the president’s stature so vocally exploiting it, political scientists say, this lurking sense of white status loss would probably not be such a combustible theme in American politics.

There’s no denying that Trump’s strategy of winning reelection with 43-45 percent of the vote is despicable. But it is a strategy and it could work.

Cable news’ tendency to inject Trump’s unfiltered lies and racism directly into the country’s blood stream doesn’t just amplify the fear of change. It physically changes brains to make them more disposed to his demagoguery.

How can we fight back?

Fact checking isn’t going to do it. Repeating his hatred even to rebut it only makes it more powerful.

“What we fight, we feed,” Anat Shenker-Osorio, Founder and Principal of ASO Communications, said. “The more time we spend rebutting their garbage is time robbed from articulating our truths.”

So what can an American who doesn’t own a cable network do to change minds?

A strategy called “deep canvassing” has been proven to work.

In 2015, 56 volunteers Miami responded to the backlash about a law protecting trans people from discrimination by knocking on doors and engaging people in structured conversations:

It was a deliberate strategy, and it worked—durably and dramatically. These ten-minute conversations, known as “deep canvassing,” substantially reduced  prejudice against transgender people for at least three months, even in the face of anti-transgender ad campaigns. Not all the voters were swayed, but on average, they experienced a drop in transphobia greater than the fall in homophobia among average Americans from 1998 to 2012. The canvassers, through ten-minute chats, had produced the equivalent of 14 years of social change.

Research has long found that face-to-face conversations are the most effective way to swing persuadable voters. In the Trump era, these conversations take on a new significance, by combining two of Timothy Snyder’s recommendations 20 lessons from history on resisting tyranny — “Make eye contact and small talk” and “Practice corporeal politics.”

Despite everyone knowing knocking on doors is essential, it’s rarely done effectively.

This makes some sense. Not everyone can do it. It’s challenging. It can be scary and you have to put your phone away to do it.

How it Works: Each month, the four candidates who knock on the most doors among the nine will each receive a $20,000 direct contribution to their campaigns from FNF’s Challenge Account. The first month will start the day after the primary and go until July 15. Funds will be distributed once FNF has had time to tabulate the results (expected to be a few days). There will be three more measurement periods ending on August 15, September 15 and October 15, with distributions following shortly thereafter.

Future Now’s data back approach to securing fair electoral maps by winning key state legislative seats starting in Virginia is one of the few things you can feel genuinely excited about in 2019.

And if you can’t knock on doors yourself, it’s one of the best ways to give what you can to fight the contagious hate that’s probably on TV right now.