How Donald Trump can win with 43% of the popular vote

By not impeaching, Democrats are inviting Trump up to destroy the Democratic nominee 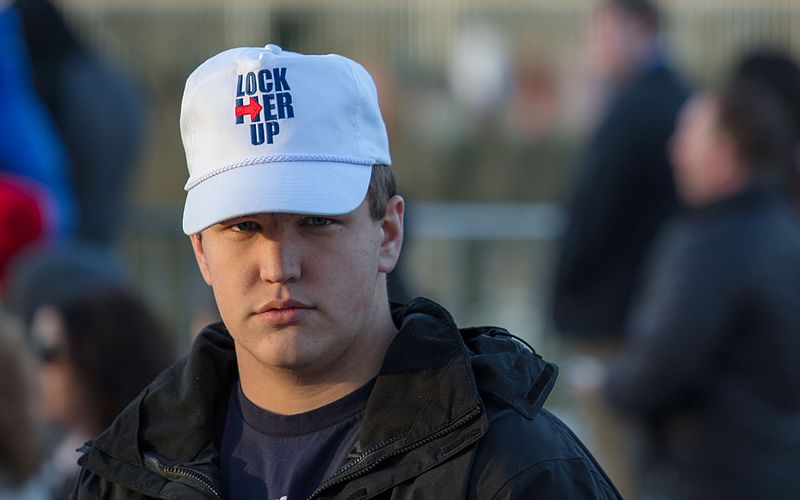 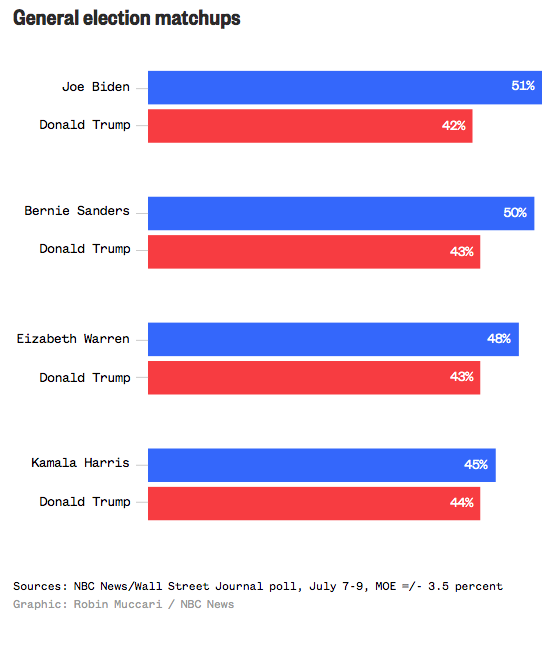 The new NBC/WSJ poll, which has Biden, Sanders, and Warren beating Trump, finds that the “swing” voters are anti-Trump voters who are nervous about Sanders/Warren. Trump gets 42% against Biden and 43% against the others. https://t.co/dYsIlvOTTL

And he adds, “Been saying it all year, but the single best thing that could happen to Trump is a ‘billionaire’s veto’ by Howard Schultz. Trump seemingly refuses to campaign outside his base; Schultz could turn 43% into a winning plurality.”

The evidence that Trump is only trying to win over his base looks like roundups, concentration camps and Trump telling Alexandria Ocasio-Cortez, Ayanna Pressley, Rashida Tlaib and Ilhan Omar to “go back” to their countries.

Howard Schultz, who definitely won’t run if Biden is the nominee, isn’t the only third party candidate who could reelect Trump. Justin Amash running by a Libertarian or any Green Party candidate who could harness potential frustration that could arise if Bernie Sanders is not the nominee could pull more than the 4% of the third-party vote that helped Trump eek by Hillary Clinton in 2016.

What Trump has figured out is there’s likely no Democratic nominee who would help inspire some sort of third party insurgency. He’s aiming for the 43-46% that could reelect him anyway.

But he won’t just have third-party voters to count on, he has William Barr leading the Department of Justice. The idea that there won’t be politically motivated investigations and possibly even indictments of Trump’s Democratic opponent or other prominent Democrats is beyond naive.

People keep pointing out that impeachment proceedings will not likely lead to removal, which Trump will claim as exoneration. How this is an argument for exoneration now is beyond me.

There is a Constitutional obligation to impeach but there’s also political obligation. We have responsiblity to see Trump’s strategy and counter it.

Trump is going to do everything he can to tear apart his Democratic nominee and he has assets that dwarf what we saw in 2016.

The decision to not impeach, to not do the duty of making the case against this man’s flagrant corruption, collusion and crimes, is not a decision to focus on prescription drug prices — it’s a decision to stand back and watch as he swings the executive branch at the knees of our nominee.