Bring on the hundred-year turnout storm 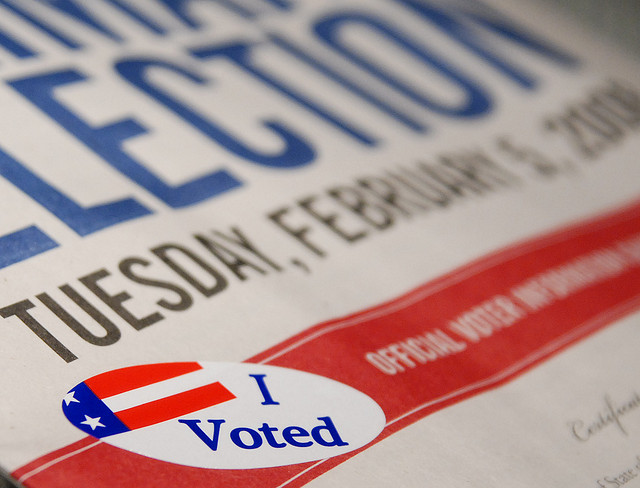 One of the most under-reported stories of 2018 was that we saw the highest voter turnout in a midterm election in a century, according to the United States Elections Project. This means that 2018 we saw the most voter activation since before only white males were guaranteed the vote.

And you should expect the same thing in 2020 primaries, says Michael McDonald, the professor who runs The United States Elections Project.

“We already know interest is running high given so many other indicators, so I expect turnout will run high for the 2020 primaries on the Democratic side,” he told The New York Times. “We may see a hundred-year storm for turnout.”

For Democrats, this probably sounds like good news — given that 4 million Obama voters stayed home in 2012.

But McDonald isn’t making this prediction because he thinks only Democrats will be showing up in record numbers. He tweeted that “[W]e may see higher than typical turnout on the Republican side of the presidential nomination contests, too: even if no candidate challenges Trump, his supporters may simply want to express their support for him by voting.”

Holding these committed voters could be enough for Donald Trump, especially if an extremely cynical, well-funded third party candidate makes it possible for Trump to win with less than 46% of the vote.

And then McDonald spoke directly to his main audience for his prediction, “Election officials: start preparing now for a hundred-year turnout storm.” Overwhelmed polling places are just another form of voter suppression, which is why everyone should have excuse-free mail-in voting like we just voted ourselves in Michigan.

Wandering through downtown Grand Rapids on the way to Trump’s “Celebrate me and my kids not getting indicted rally,” I realized the devotion of Trump fans ranges from affection for a beloved sports team to actual idol worship. He has failed to grow his base but he has solidified it in a way that’s increasingly resembling a death cult. It can be hard to hard the hard core cultists seriously because it’s ridiculous to watch Baby Boomer get caught up something so bizarrely childlike that it resembles a psychedelic Sesame Street segment teaching kids the letter Q. But it is real and increasingly dangerous.

I don’t need to remind you of the many things the 2020 election will decide. But I will.

He’s already gotten away with a life built on fraud, birtherism, not showing his tax returns, encouraging the worst foreign attack on elections in history, and multiple high abuses of power and dereliction of duty, including leaving thousands of Americans to die during Hurricane Maria and purposely orphaning hundreds if not thousands of children.

This moment of rabid civic re-engagement is the result of multiple emergencies that will be decided in 2020. It’s also an opportunity to not only score wins on the federal level that reverse some of the most destructive trends we face. It’s also a census year. So on the state level, it could create fair maps that would transform democracy over the next decade.

Pessimism is warranted but so is some cautious hope. Nurture it by doing the most you can do with your limited time and money. Join the Progressives Everywhere and Future Now email lists to find out where you money matters most. And let us know what projects you’re supporting to help make sure the hundred-year event we should expect in 2020 doesn’t become another perfect storm.