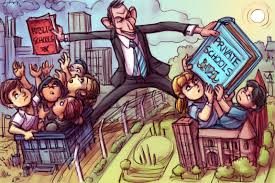 The conversation around charters and choice, however, like so many discussions in the public square, is far too superficial. It lacks nuance and depth, and winds up reducing a complex, complicated issue down to isolated images and simplistic terms. And while everyone is entitled to their own opinion about the schools, they are not entitled to their own facts.

For example, one of the most common “talking points” trotted out in these discussions is that of “failing schools”–here’s an example from a recent Facebook thread…

If a school is failing that also hurts the neighborhoods. Just because it is a traditional public does not mean its acceptable. Its clear parents are opting to other districts and charters for many reasons. All which seem to be ignored. The reason other school keep opening is because others keep failing.

I don’t doubt that this poster believes this rhetoric; I just wish that we’d all dig a little deeper, and be curious as to the reasons that some schools struggle while others are flourishing. Because the reasons that things happen are pretty important, and tell us a lot about what we should believe.

So let’s try an analogy… 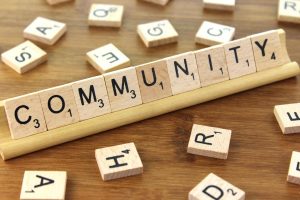 Let’s say that you’re renting an apartment from a landlord. That landlord inherited the building, which was once in beautiful shape, and lovingly maintained, from his father. The building had been “home” to hundreds of families, keeping them warm in the winter and putting a roof over their heads, allowing those families to survive tough times, grow, and prosper.

As is common in many old apartment buildings, units are often “handed down” from parent to child, sometimes for generations. The building becomes a community, with neighbors who look out for one another, take care of each other, and work together to make things better for everyone in the community. There’s even a “building board of directors,” with elected officers, who meet once a month to address any problems in the building, and make sure lines of communication between the occupants and the landlord remain open.

Are there ever problems? Sure, but the renters and the landlord work together to come up with solutions whenever possible. The building board establishes various committees, like a “welcome wagon” to greet new renters and make their transition to the area easier, and a “building and grounds committee”, whose members plant flowers and make plans for a vegetable garden on the building’s roof.

Things are good. Not perfect, but good. 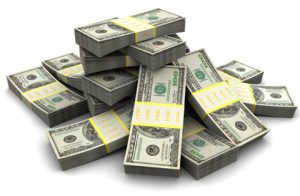 Then the building is purchased by a new landlord. This landlord’s goal is less about nurturing the community that has grown in the building, and more about extracting as much profit as he can from its inhabitants.

So what does the new landlord do?

He raises rents. He cuts corners on maintenance and upkeep. Instead of replacing a furnace when it shows signs of wear and tear, he turns down the heat and does a quick fix or two to eke out another few months of life from the dying unit. He closes the fitness center, claiming it’s an “insurance liability.” When the roof springs a leak, he slides a bucket under the hole. Weeds begin to pop up in the parking lot and playground. Broken windows get “repaired” with a piece of cardboard, or not at all.

In a surprisingly short period of time, the once vibrant community in the building frays into tatters, no longer able to sustain itself amid deteriorating facilities, transience of tenants, and a lack of communication. It’s almost as though this new landlord cares more about making money than he does about providing a safe, clean place for people he cares about to live and grow.

Those who can afford to leave, do. Those who can’t are forced to stay. Rents continue to rise, and the building keeps crumbling around them.

Soon, the new landlord opens up a new apartment building across town, with glossy fliers plastered on lamp poles and store windows promising a “New Tablet!” or “Free Cellphone!” to every new customer. And the disgruntled occupants of the old building, feeling that their needs have been ignored, and looking for a better, safer place to live for themselves and their families, figure they have nothing to lose, and take a chance on the new building.

But it’s still the same landlord. And now, there’s no “building board,” so the residents don’t really have any “voice” in how the building is run. In fact, the landlord hires an “apartment management corporation” to run the building on a day-to-day basis, and the results are quickly apparent. The sense of “community” that so many had loved about their old building was gone, replaced by new policies that the renters had no say in developing–no rooftop gardens, no fitness center, no playground, armed security guards stationed around the building day and night, creating a threatening presence for anyone approaching the structure.

When renters try to contact the building management corporation, the headquarters of which are located in a different state, hundreds of miles away, they get no response.

Again, those who can afford to leave, do. And many do, for other new buildings that are springing up like weeds all across town–many of them operated by the same apartment management chain. These folks move only to find that some of these “new buildings” wind up closing overnight, with no advance notice, leaving families scrambling for new places to live. Or that the managers of these “new buildings” are embezzling thousands of dollars from their rent payments, and using those dollars to support their extravagant lifestyles.

And many of those folks wind up moving from apartment building to apartment building, losing thousands of dollars in down payments, security deposits, and utility charges, without improving their living conditions or housing security. It’s like a giant, real-life game of Whack-A-Mole…except that no one wins.

From Apartment Buildings to Schools

This is where we are in education these days in Michigan. The state’s public schools were once admired across the nation. They were well-funded and supported, and provided an excellent education for children. These schools became “the center of community life” in many places in the state, and still do in many communities.

But our state’s “new landlord”, aided and abetted by the “multi-level marketing robber barons” of West Michigan, stopped funding our schools, allowing too many of them, especially in our largest cities, to fall into neglect and disrepair. Michigan’s last governor took $1 billion from the state’s education fund, while declaring himself the “education governor”, and we wonder why Detroit’s schools don’t have the resources needed to maintain their facilities, or pay their teachers a competitive salary. Our current Secretary of Education suggested the best solution to the problems with Detroit’s schools would be to simply shut down the entire district, and let families find other places to send their children–and this is the person in charge of the nation’s public schools. 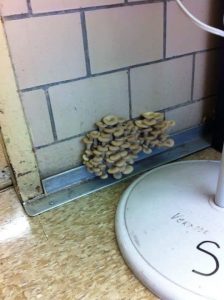 It’s little wonder, and no coincidence, then that the families whose children have attended these neglected schools feel that they’ve been ignored–especially when they see their friends in the suburbs enjoy state-of-the-art schools, with gleaming football stadiums with artificial turf, impressive performing arts facilities, and science classrooms that wouldn’t look out of place at a pharmaceutical corporation. Who would blame them for being intrigued at the promise of the “new charter school” opening up across town? Even as the evidence mounts that these “innovative” new charters don’t do any better at educating our children, are not held to the same expectations and requirements as their public school “competitors,” and on balance have been a disaster for our state.

So, the conversation about public education in Michigan is one that is well worth having. There are lots of hard questions to be asked, and many possible solutions to be considered. But reducing this conversation down to simplistic talking points about “failing schools” without considering the context around public education in our state is not only disingenuous, it’s dishonest.

And the next time you hear, or read, someone use this as a reason for the proliferation of charter schools in our state, push back–hard.