Cory Booker is a Hard Pass for this Democratic Educator 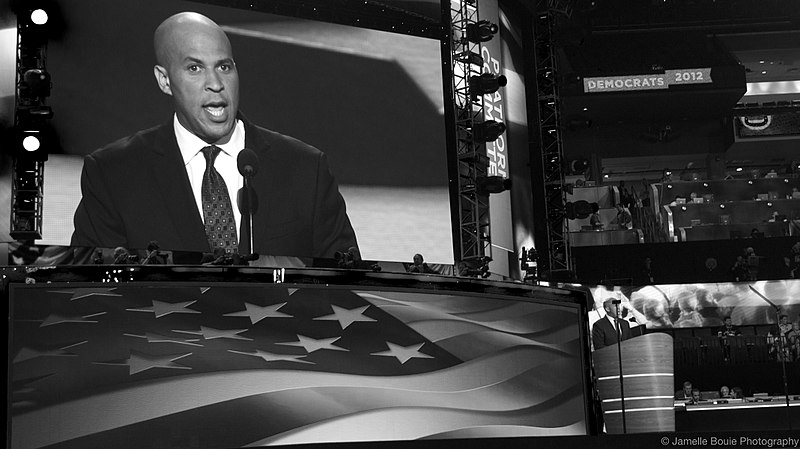 In what may be the least surprising political development of the past 2 years, New Jersey Senator Cory Booker recently announced his candidacy for President of the United States. Mr. Booker has been running for president seemingly forever. He’s been planning for this moment since he was a kid, and everything he’s ever done has been designed for just this moment.

And the time will never be better for Booker to run–because he’s the opposite of Trump in so many ways:

Perhaps more importantly, Cory Booker is the poster child for the craven, made-for-TV, ambitious political creature. He knows that Trump is the most unpopular opponent he’ll ever have the chance to run against, and that the GOP has now moved so far right that he can position himself as a “liberal” on plenty of issues. In a cartoon race, which this is shaping up to be, Booker is right out of central casting.

The only problem is that Booker is a pro-corporate, pro-privatization, pro-big pharma DINO (Democrat in name only) at a time when what’s needed is a true progressive to offer a real alternative to the lunacy on the far-right.

I really don’t want to be a single-issue voter, but education will almost always be the most important issue for me–and Booker is catastrophically wrong and bad on education. His corporate leanings and pro-pharma stance are just the gravy for me on Booker.

So, if you like for-profit charters, then Cory Booker is your guy.

If you want to privatize public education, then Cory Booker is your guy.

If you think that state tax dollars should go toward vouchers to pay for private and religious school tuition, then Cory Booker is your guy.

If you think that Betsy DeVos’ education policies are making schools work better for kids, families, and communities, then Cory Booker is your guy.

And if you think that scapegoating the “failing public schools” takes the heat off your candidate’s support of a corrupt Wall St., or the crushing costs of prescription drugs, or our nightmare of a health care system, then Cory Booker is your guy.

But if you think it’s about time for the Democratic Party to return to their historic support of public education, and teachers unions, and abandon their somewhat recent neo-liberal dalliance with charter schools, and school privatization, and the corporate reform of education agenda, then look for a candidate who isn’t a charter member of “Democrats for Education Reform” (spoiler alert: they aren’t Democrats, and they aren’t *for* education), and who doesn’t have more ties to Betsy DeVos than her yachts have non-US flags, and who was willing to work with Chris Christie to sell-out Newark’s schools to Mark Zuckerberg.

That candidate won’t be Cory Booker.

Booker is a hard pass for me.