If You Can’t Beat ‘Em, Lie: The Trump/DeVos Doctrine of Redefinition 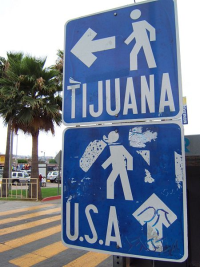 Trump and his Republican enablers, like Secretary of Education Betsy DeVos, are beginning to realize that they have approximately zero chance of ever winning another election–if held and run fairly–on the issues, so they are scrambling frantically to redefine these issues in a clumsy and desperate effort to confuse and distract voters.

Here are just 2 examples; one from national security, and the other from education policy:

No one is against secure borders; not Republicans, not Democrats, not Independents…no one. But almost no one thinks a physical wall, fence, or structure will do anything to stem the flow of illegal drugs, or victims of human trafficking, or undocumented immigrants seeking asylum. So what has Trump done? He’s tried to “redefine” his wall as an essential part of “border security,” which it is not. A far better solution, endorsed by virtually everyone who is actually familiar with the situation at the border, is a combination of more border guards, drones, and hi-tech monitoring. But Trump persists in characterizing Democrats opposed to his wall as being in favor of “open borders” (they are not), crime (ridiculous), and mass invasions of rapists, drug dealers, and other criminals across our Southern border (immigrants commit crimes in the US at lower rates than American citizens).

This is nothing more than a blatant attempt to recast “border security” as an existential threat to “homeland security,” when the truth is that immigration at the Southern border is near its all-time low. Put simply, there is no “national emergency” at the border, no one is against “border security,” and there is no need for a wall. This issue, if defined honestly and clearly, is a loser for Trump, and he knows it. So he’s just decided to lie about it, and pretend it’s something it’s not.

In a fascinating turn of events, the public has begun to realize that the “charter school experiment” has been a colossal failure, and support for traditional public schools is on the rise again. This has been a source of real concern for Trump and his Secretary of Education, Michigan’s Betsy DeVos, who sense that their window to implement their $20 billion private and religious school federal voucher initiative is now slamming shut.

It’s also become something of a political “third rail” for a handful of potential Democratic presidential contenders such as Beto O’Rourke and Cory Booker, who have been longtime supporters of charter schools and school choice, and now see that their shared ideology on these issues with Trump and DeVos is a serious political liability.

(Indeed, Booker and DeVos have been associates for a long time, and allies on the issue of school choice. Booker and DeVos served together on the Board of Directors of pro school choice think tank Alliance for School Choice (AFC), and Booker has been invited by Dick DeVos to speak at the group’s conferences. Sen. Booker has also been complimentary of the initiatives the American Federation for Children pursued under DeVos’ leadership. This relationship has profited both parties, but has now become, shall we say, “uncomfortable,” for Mr. Booker, who attempted to put some distance between him and Ms. DeVos by voting against her confirmation as Sec. of Education. Which must have been awkward given that they share virtually the same set of beliefs with respect to education policy.)

So, knowing that the tide of public opinion is about to turn into a political tsunami, what are these charter and choice cheerleaders doing?

They are trying to redefine the “debate” surrounding charters, of course. In just the last week, former Obama chief of staff and Mayor of Chicago, Rahm Emanuel, has attempted to walk back his reputation as an “education reformer” by redefining the charter vs. traditional public school debate:

The 20-year debate between charter and neighborhood is totally misguided, and should be replaced with a focus on quality versus mediocrity. It’s high time we stop fighting about brands, because the only thing that really matters is whether a school is providing a top-notch education.

Other charter boosters are doing their best to help gaslight the public on this issue.

“There’s a distinction between Obama-style charter schools, which are public and have accountability measures, and Trump-DeVos style, which are for-profits and don’t,” explains Shavar Jeffries, the president of Democrats for Education Reform, an astroturf charter advocacy group that, like Emanuel and Booker, advocate public charters as a means for education improvement.

However, this is a distinction without a difference. Because, as much as Trump, DeVos, Jeffries, Emanuel, Booker, and the rest of the “corporate reform of education” crowd would like us to believe, there are no meaningful differences between for-profit charters and not-for-profit charters.

“School choice” is another education policy issue currently receiving a face-lift in hopes of disguising a destructive policy as an avenue of freedom and empowerment for urban children and families.

“Schools of Choice” (SoC) legislation, first passed in Michigan in 1996, has been a disaster in the state, especially for urban schools. According to Michigan State University professor Joshua Cowen, the number of students in SoC schools increased from 66,560 in 2005-06 to 115,209 in 2012-13 – a 42 percent spike in just seven years. There was virtually no way for districts to plan for that kind of financial “hit” during that time, especially with corresponding cuts to the state’s education funding.  I don’t think anyone in Michigan would say that public education has improved in this time frame as a result of SoC.

Here’s how “school choice” works at the district level: Every time a kid from Lansing, for example, leaves to go to school in a neighboring suburban district like East Lansing, or Okemos, or Haslett, the foundation grant allowance for that child is deducted from the Lansing School District (LSD) budget and added to the suburban school’s appropriation. In other words, it’s classic reverse Robin Hood–the rich get richer, the poor get poorer.

And the students who leave Lansing, and other urban districts, tend to be from families who can afford to drive them 10-15 miles to their suburban school each morning, and pick them up from school in the afternoon–which means that the student population in the home school district becomes less well off in terms of socioeconomic status. So, even as we deduct funding from urban school budgets, the proportion of kids in these schools who require special education instruction, free and reduced lunch, and other support services becomes more concentrated–and the district has to supply those services with ever-dwindling resources due to SoC.

[An important aside: It’s important to remember here that when Betsy DeVos talks about choice, she doesn’t mean “choice” for kids or families—she means redistributing public dollars to private charter management companies—some of which, like National Heritage Academies, she has been associated with for years.

An issue that is mysteriously under-discussed with respect to charters and school choice is that of parental “voice” and control. The fundamental idea that undergirds our system of public education is the notion of “local control”. The federal government actually has very little authority over public schools–that authority is constitutionally ceded to the states. This is why local school districts are governed by locally-elected school boards, who are responsible for hiring and supervising superintendents, principals, other administrators, and teachers who work in the community’s schools.

It’s also why folks like Ms. DeVos would like to see the federal Department of Education–which she now conveniently controls–have the authority to dole out $20 billion in private and religious school vouchers.

Let’s not forget what Ms. DeVos said not too long ago, in one of her rare public statements before becoming Secretary of Education, about the public schools in her state’s largest city (emphasis mine):

While the state Legislature continues to debate whether Michigan taxpayers should fund a $715 million bailout of the Detroit Public Schools, we must acknowledge the simple fact that DPS has failed academically and financially – for decades. We need to retire DPS and provide new and better education options that focus on Detroit schoolchildren.

Rather than create a new traditional school district to replace the failed DPS, we should liberate all students from this woefully under-performing district model and provide in its place a system of schools where performance and competition create high-quality opportunities for kids. We shouldn’t create a new district that is nothing more than a DPS retread. Absent urgent and serious reforms, the new district will only continue the downward spiral of poor academic performance, declining enrollment and financial instability we’ve seen for decades from DPS.

To repeat, our current Secretary of Education was in favor of simply closing the largest public school district in her state, rather than attempting to come up with any solutions for the problems these schools face–problems that have been caused in large part by the policies she had rammed through the MI legislature over the past decade or so.]

So, back to our school choice scenario: Those parents in urban school districts who take advantage of the state’s SoC legislation to send their children to suburban schools effectively give up their voice in the governance of their children’s schools in those communities. Sure, they can attend school board meetings, and parent-teacher conferences, and communicate with school principals. But because they don’t live in those communities they don’t have a vote in those school board elections. For Sec. DeVos, more school choice means less parental voice–especially for parents of children in urban public schools.

This becomes in very real terms a matter of taxation without representation–which we’ve fought wars over in this country.

So, Betsy DeVos demanding that public school supporters “compromise” with her on education reform policies like school choice by trying to reframe the debate about charter and neighborhood schools into one about “quality over mediocrity” is a lot like Trump demanding that Democrats compromise with him on funding for his wall by calling it a “fence”. It’s nothing more than a last-gasp, pathetic attempt to redefine the rules of political engagement by lying about what charters, choice–and walls–really are all about.

Maybe she’s right on the “brain dead” part after all.

"The brain-dead debate between charter and neighborhood schools should be replaced with a focus on quality over mediocrity." I agree, @ChicagosMayor. “Labels” don’t matter, quality does. https://t.co/SLDiAyn1DA