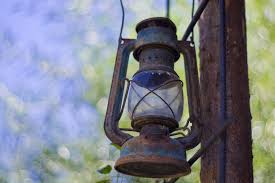 Aaaaand, the gaslighting around the Covington Catholic High School controversy has begun.

“He wasn’t smirking…he was nervous.”
“He was frightened…that man was right in his face!”
“There were black Muslims saying awful things to those boys!”
“The press is distorting the narrative because of their hatred for Trump!”
“Just because those boys were wearing MAGA hats doesn’t mean they were Trump supporters!”

And my favorite: “Did you watch the full, unedited 2 hour video? You can’t see the truth unless you see the whole thing!”

All of these comments, no matter how well-intentioned, are designed to plant seeds of doubt in the minds of the viewers of the video of this incident…to suggest that you didn’t really see what you thought you saw…to make you wonder if there was “more to the story.” In short, to “gaslight” you to question what you believe is true, and perhaps adopt a competing narrative of the events that’s more forgiving of the boys.

Now, the Covington student at the center of this brouhaha has released his own statement, with his version of the events in DC. Like Rashomon, the classic Kurosawa movie that showed a single event from the perspectives of different participants, this boy’s account tells a very different story than the video that started this firestorm of public outrage. Here’s an excerpt from his statement that raised my antenna:

“Because we were being loudly attacked and taunted in public, a student in our group asked one of our teacher chaperones for permission to begin our school spirit chants to counter the hateful things that were being shouted at our group.”

Here’s how we should know that what this young man is asserting above is nothing more than a weak attempt at revisionist history at best, and classic gaslighting at worst:

Under no circumstances, if we had been confronted while on a school-sanctioned field trip by a group of protesters shouting derogatory comments at us, would I have allowed or encouraged my students to respond in kind by shouting “school spirit chants” back at the protesters. All that does is escalate a potentially dangerous situation. It’s basically “Field Trip 101”–when bad, strange, or potentially dangerous stuff starts happening, get out of there.

Any teacher or administrator worth their school lunch would have quickly hustled those kids out of that location, making sure that no knuckleheads in their group started doing exactly what this kid says he asked his “teacher chaperones for permission” to do. I’ve seen other groups of kids pull this kind of stunt while on trips, and it always backfires–raising tensions, inflaming emotions, and egging on individuals with little impulse control to indulge their worst instincts. And it always seems to come from groups of students from “privileged” schools–kids who were born on 3rd base but are convinced they’ve hit a triple.

I’m not saying the Covington Catholic teachers didn’t give the kids permission to start their chants, because there is clearly an appalling lack of good judgement at this school, and among the school’s teachers and administrators–as evidenced by the fact they were on this “field trip”–to protest women’s right to control their own bodies–in the first place. That’s bad enough–full stop.

But far from exonerating the kids from Covington Catholic, the boy’s statement just pours gas on the fire, suggesting that these teachers might have sanctioned the escalation of hostilities between their students and a group of adult protesters, while on an off-campus field trip. 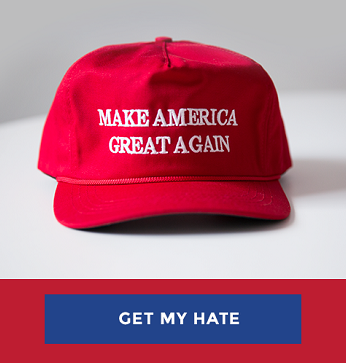 Kind of like the Gas Pourer in Chief, whose red hats these boys wore so proudly as they innocently “showed their school spirit.” Or, flexed the muscles of their unearned power and privilege in the face of a respected Native American elder and Vietnam veteran who was trying to instill a sense of peace into a smoldering powder keg of racially-infused anger and teenage bravado that was about to explode.

What does Karen Pence teaching at segregated school have in common with the Covington kids’ harassment of an Native American elder? Find out in the new episode of the GOTMFV Show.