Michigan may show the way to destroy the cancer of conservatism 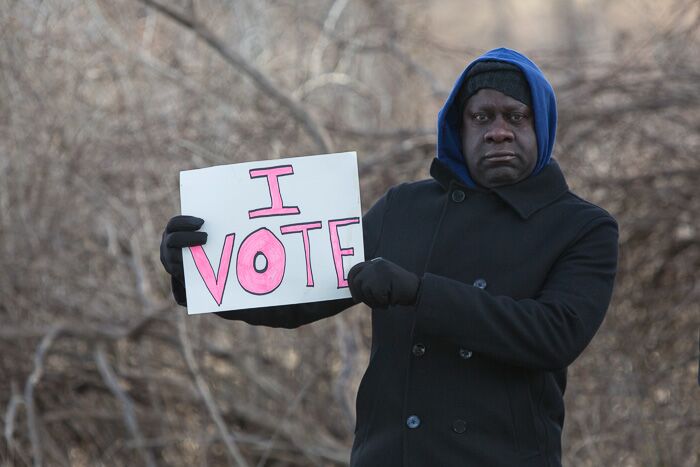 Comparing miseries is tacky. And both the Michigan GOP and the Wisconsin GOP are miseries. Indubitably.

From a distance, Republicans on both sides Lake Michigan may seem boring and technocratic. These are the states where the GOP was born to resist the expansion of slavery, after all. But this honorable legacy along with the shrugging smiles and sad suits that cloak modern Midwest Republicanism now only barely conceal a movement increasingly unwilling to contain its authoritarian instincts.

Without ever campaigning on their true intentions, Republicans in Wisconsin and Michigan have eliminated workers’ power, stolen local control from non-white communities, and gerrymandered their power in all possible ways. The result was literally poison that’s still in the drinking water of a great American city.

For eight years Rick Snyder and Scott Walker have been waging a war against what their states wanted. Wisconsin’s GOP employed voter suppression so effective that it may have given Trump the state. That should have ended in November with voters soundly rejecting the GOP agenda. Instead both Snyder and Walker signed on to their parties’ efforts to reject the voters’ will instead.

Thanks to MoveOn’s Ben Wikler and multitudes of inspired activists, much of the nation (and too little of the press) turned its eyes to Wisconsin. We watched the thumped GOP — inspired by a North Carolina GOP that has been doing everything it can to erode democracy since Obama won the state in 2008 — attack voting rights and handcuff the Democrats who’d just been elected governor and attorney general.

Meanwhile, almost the same thing was going on in Michigan — with a few notable additions.

Michigan is a state that’s known for smash-and-grab GOP lame duck sessions. Still, keen observers like Mark Brewer and Susan J. Demas think this may be the worst we (and the nation) has ever seen. Here are a few reasons that what we’re seeing from Republicans Michigan goes even farther and may be even worse than what’s happening Wisconsin, North Carolina or even Washington DC.

1. Republicans aren’t just rejecting their partisan opponents; their rejecting the voters’ will and workers will suffer — immediately.
Michigan’s Republican recognized that ballot proposals awarding every worker in the state earned sick leave and a minimum wage increase would pass easily in November — likely with at least the 2.3 million votes and 56 percent of the electorate backed marijuana legalization, the least popular of the three ballot proposals that easily passed in November.

So instead of letting voters pass these measures and then amending them with the 3/4 support of the legislature that would be required under our state constitution, they passed both into law with the intention of gutting them whether they won their elections or not. And that’s what they’ve done now. This is the first time in the 50+-year history of our current constitution that this “adopt and amend” or “catch and kill” process has ever been used in the same session.

The result? With the signature of millionaire Rick Snyder, tipped workers will still be earning up to $5 an hour in 2020 instead of the $12 an hour by 2022 that voters would have given them. And a million workers at 93.5 percent of Michigan’s businesses will not get any earned sick leave.

2. A blatant attack on women.
The story of 2018 is the story of women coming out to elect women. And this story is exemplified by what happened in Michigan, where strong female candidates for all of the state’s constitutional offices — from governor to secretary of state to attorney general — defeated weaker males.

“Faced with this apparently terrifying wave of estrogen, the state’s male-dominated GOP is, to put it precisely, freaking out,” The Huffpost’s Emily Peck wrote.

3. Republicans are terrified of a state that has taken its democracy back.
The GOP was just crushed in Michigan, losing the popular voter for everything. This happened despite Michigan being one of the hardest states to cast a ballot. And because we are one of the most gerrymandered states in the union, Republicans will still control both state houses for at least two more years.

But 2018 could be remembered as an inflection point in history when conservatism’s attack on voting was first and then eventually totally repelled.

America knows how to increase voter turnout. We know to make the electorate diverse and reflective of the actual population. We know how to make our districts fair so voters doing get packed or cracked into being represented by a politician who only has to worry about pleasing lobbyists, his future employers.

Automatic voter registration, mail-in ballots and independent redistricting commissions aren’t magic or secret. They’re simple, proven ways to overcome America’s 200+ year tradition of suppressing or diminishing voters in order to preserve residual power. These innovations are the best means of overcoming the sort of Constitutional Hardball a minority party bent on controlling a majority has to employ, as Greg Sargent explains in his great book An Uncivil War: Taking Back Our Democracy in an Age of Trumpian Disinformation and Thunderdome Politics.

Michigan has voted to do all of these things at once in 2018 with proposals 2 and 3. This lame duck session is the GOP’s last chance for at least the next years to ram through efforts to wither away the massive victories for voters that voters just gave themselves.

Republicans in Wisconsin and Michigan, like the GOP Congress that let Trump’s corruption run rampant while focusing on obstructing for him, have given up on democracy.

“The GOP is best understood as an insurgency that carried the seeds of its own corruption from the start,” George Packer writes in his diagnosis of a movement that is no longer trying to keep its mask on.

A political movement that abhors democracy and knows it cannot survive the unfettered will of the voters, is a movement that is not fit for democracy.

In our most conservative moments, Michigan is often called Michissippi. But we need to understand that Mississippi’s regressive policies aren’t the result of a dominant revanchist electorate but a repressed electorate.

As Carol Anderson explains in her fantastic new book One Person, No Vote: How Voter Suppression Is Destroying Our Democracy, conservatives in both parties have been using unnecessary obstacles to voting cloaked in “colorblind” language to preserve their power since the the Mississippi Plan of 1890.

The antidote to the Mississippi Plan may be the Michigan Plan of 2018.

We now have two test cases where the electorate was swindled into barely backing Trump and has now rejected the GOP. In Wisconsin, Republicans still have voter suppression and gerrymandering at their back for the foreseeable future. In Michigan, we will see, despite the GOP’s best efforts, and expanded electorate in 2020 and fairer districts in 2022.