Republicans starting off with a couple million votes banked to their advantage because of gerrymandering and the sick design of the Senate is just one example of the asymmetric playing field that defines modern politics.

Republicans have figured out how to insulate themselves from the press, the electorate, and even the truth. And though Donald Trump has exploited every advantage that conservatives have spent crafting, he’s invented almost none of them — unless you consider manufacturing a “racist conspiracy theory of the day” and repeating debunked lies to be innovations. 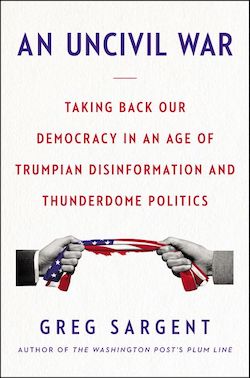 In his new book An Uncivil War – Taking Back Our Democracy in an Age of Trumpian Disinformation and Thunderdome Politics, Greg Sargent describes the current environment as “Thunderdome Politics” and he does a masterful job of not only explaining how we got into the mess but how we might be able to get out.

We wanted to talk to him about what makes Trump unique, why Trump’s whining may actually be a good sign and how Democrats can fight back without becoming the monsters we oppose.

The Plum Line at The Washington Post is HERE.

Purchase An Uncivil War – Taking Back Our Democracy in an Age of Trumpian Disinformation and Thunderdome Politics HERE.

Our new project, A Fresh Michigan, can be found by clicking the logo:

The Good — McConnell Set the Stakes 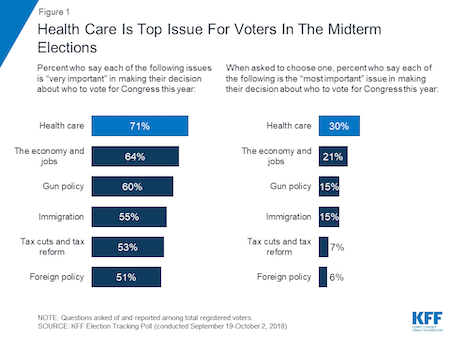 Dan Mangan at CNBC: The GOP’s health-care bill is a polling disaster, with voters much more likely to punish Senators who support it

What it would do, basically, is to amend the Civil Rights Act to include gender identity and sexual orientation alongside race, color, religion, national origin, sex, age, disability, veteran status, genetic information, and citizenship. pic.twitter.com/FVUxEmn9NR

House polls are noisy, but the Upshot/Siena numbers were pretty bad for the GOP this week after having been a bit more equivocal in early October. Even in the Senate, there were some brighter numbers for Dems in a few races (e.g. IN) this week, but probably too little/too late.

The show notes for Episode 18 of The GOTMFV Show are at http://www.eclectablog.com/2018/10/beyond-thunderdome-politics-with-special-guest-greg-sargent-from-the-washington-post.html