The Daily Kos has a new piece out today suggesting that–surprise!–the Trump Tower meeting that EVERYONE attending it claimed, insisted, and swore was “no big deal,” was actually–hold on, here’s the twist–a really big deal. Shocker, eh?

Now, how absolutely delicious would it be if this whole dumpster fire could be traced back to Secretary of Education Betsy DeVos, and her evil brother Erik Prince…he of Blackwater infamy, salivating over the opportunity to privatize and profitize the US military in the Middle East; her eager to privatize and profitize America’s schools, selling them off for parts to charter management corporations, hedge fundies, and investment bankers, so all kids can be “edumacated” by gun-toting grizzly bears at combination mega-churches/shooting ranges. Seeing a common theme here?

Because it’s starting to look like Erik was involved with this “nothing burger” meeting, along with Jared Kushner, Donald Trump Jr, and a “Rocky & Bullwinkle” cast of Russian lawyers, entertainment moguls, and hangers on, allegedly over Russian child adoptions–as if any of these monsters have ever cared about their *own* children, let alone other people’s kids–and one of Erik’s bargaining chits was to get his sis a gig in Trump’s cabinet of deplorables, so she could return her warped brand of evangelism to the “center of community life,” displacing public schools, and turning a pretty profit at the same time.

In essence, the Prince/DeVos military/industrial/hand soap cartel has been orchestrating a slow-motion “smash & grab” in real time right in front of our eyes, first on their “home turf” of Michigan, then across the country–and wherever the US is waging war–scheming to convert some of our most treasured public institutions (i.e., public schools, the US military) into sleazy multi-level marketing scams, just like the original family hustle, AMWAY.

These DeVos/Prince scams always follow a familiar script, ending with everyone below the top level of the pyramid destitute, with a garage full of unsold “product” and mountains of debt, while only the oligarchs, the “viceroys and monarchs” if you will, at the very top of the food chain become enriched. (And yes, Erik actually proposed to Trump that he, Erik, be installed as Afghanistan’s “viceroy,” reporting to Trump as the nation’s “monarch”–and he did it in writing, in the Wall St. Journal, no less.You just can’t make this stuff up, kids.)

So, keep a close eye on these developments in the coming weeks and months, as the Democrats regain control in the House and the investigations into this administration’s hijinks begin to pile up. My prediction: Betsy DeVos will announce her resignation as Secretary of Education sometime shortly after the New Year, just ahead of the flurry of subpoenas that will finally, mercifully bring this whole house of cards crashing down.

And sparing us all of the indignity of seeing AMWAY© boxed water in school cafeterias, and bottles of AMWAY© G&H Protect + Concentrated Hand Soap© in every school bathroom and locker room in the country. Right next to the unopened boxes of Trump University diplomas. 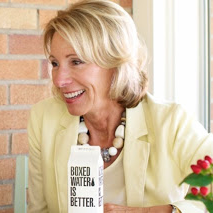 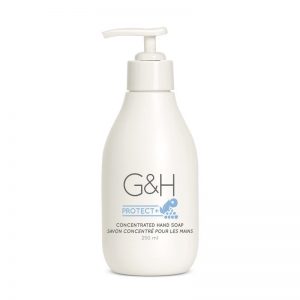