Let’s talk about Teach for America… 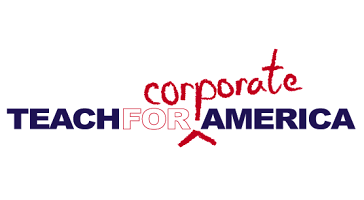 I think we need to start being very intentional with the language we use when referring to organizations like Teach for America (TfA) and the persons who decide to join them–and having made some of the mistakes I’m about to point out myself, I’m taking the liberty of making the following suggestions:

• There are no TfA “teachers”–teachers decide to enter the profession earlier than the summer after they graduate with a BA in economics from Tufts, or a BS in business from Harvard. Real teachers often make that decision in elementary or middle school, then make their college choice by determining what university has the best teacher preparation program, and applying to that institution.

I now refer to the people that go the TfA route as “edutourists”–because they think playing at being a teacher will be fun, and look good on their resumes when they apply to business school, or law school, or for an internship on Capitol Hill. The vast majority of TfA edutourists have no intention of remaining in the classroom for more than a year or two, and have “bought in” to the notion that TfA experience is best seen as a “stepping stone” to other, “more important” career choices. That’s simply not how teachers view teaching.

I often hear that criticizing TfA is ok, but that it’s unfair to be critical of the young college grads who join the organization seeking a quick entry to the classroom. While I understand that opinion, I think it’s time to start holding these young persons to a little higher standard. It’s not ok to join a group with a neo-liberal, anti-teacher, anti-union agenda, and then claim you want to be a teacher for some vague sort of social justice related reason. If you’re smart enough to get into an Ivy League school, you should be smart enough to figure out what TfA’s real goals are.

You don’t get to call yourself a “teacher” just because you spent some time on the other side of the desk in a classroom. The title of teacher isn’t one that you give yourself, or that can be appointed by a group like TfA. It must be earned.

• There are no TfA “alumni”–because they don’t graduate from anything except for a 5 week summer “boot camp.” A real alum of a teacher education degree program is someone who attended a school, worked hard for 4 or 5 years to get an undergrad degree, or went back to school for a grad degree, and whose teaching is characterized by the things they learned in those degree programs. TfA recruits don’t earn any degrees from the organization; therefore, they don’t deserve to be referred to as “alums.”

• TfA recruits are often referred to as “elite”, or “eager”, or “passionate” about education–but those terms should really be reserved for those persons who have committed themselves to becoming career teachers…who have shown up every day, under trying working conditions, with ever-shrinking classroom budgets, supplying more and more of their own classroom supplies, and doing so while dealing with seemingly endless criticism from parents, lawmakers, and policy makers…with much of that criticism based on the efforts of organizations like Teach for America, whose true agenda is to deprofessionalize teaching, destroy teachers unions, and privatize schools.

Words matter, and the words we use when talking about Teach for America are important.