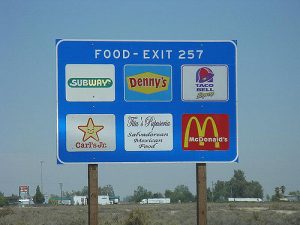 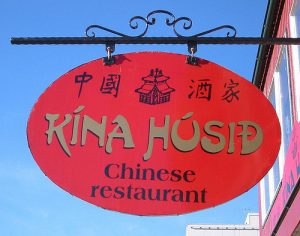 Recently, our oldest son got his first job–or, more accurately, he got his first 2 jobs: one at a fast-food franchise popular in the Midwest (let’s call it “McBurgerQueen”, or McBQ—note: it’s not McDonalds, Burger King, or Dairy Queen), the other at a family-owned Korean-Chinese restaurant in our town (we’ll call this place “Fresh Spring Rolls”, or FSR, after our favorite dish on their menu!). Our son has been working regular shifts at both restaurants on a daily basis, and his reflections on the “training” process at each place have been fascinating to hear about.

The work environment at FSR, on the other hand, is markedly different…

While he enjoys both jobs, and appreciates each for it’s own sake, it should come as no surprise that he looks forward to his shifts at FSR much more than his work at McBQ. At FSR, he says, he feels like “part of the group,” while the corporate structure at McBQ feels rigid, overly-regimented, and needlessly restrictive. His experiences working at these two restaurants have resulted in an unexpected series of lessons in the differences in working environments between “Wall Street” and “MainStreet”, and has been fascinating to observe as his parents.

At the same time, I’ve been engaged in one of my favorite parts of my job this summer: helping the newest class of graduates from our music teacher education program as they navigate their first job interviews for teaching positions, both in the state and across the country.

One of these recent alums called the other day for advice, after being offered a teaching position at a charter school. After congratulating him on being offered the position, we chatted about the interview process, and how the school district conducted their search.

Let’s contrast the charter school’s hiring process with the one I was asked to participate in recently at a local public high school searching for a new music teacher.

Although I suspect that this charter school’s leaders are simply following a set of hiring guidelines issued from their charter management company’s “corporate office”, these guidelines make about as much sense as McBurgerQueen’s “orientation meetings,” or the silly “blue hat/grey hat” uniform rules that employees are expected to follow.

While corporate education reformers are obsessed with trying to “scale up” initiatives that they claim are promising, the truth is that schools are not fast-food franchises, and are extraordinarily resistant to such “scaling up” efforts. In fact, the things that are the most distinctive and wonderful about schools–just as with human beings–are not their similarities, but their differences. A school in Detroit shouldn’t look like one in Dearborn, or Ann Arbor. Each public school should be unique, and should do its best to identify and serve the needs of the community in which it is located.

Further, public schools are locally-governed, not “managed” by a corporation that’s not accountable to the citizens of that community. So while Secretary of Education Betsy DeVos may believe that schools are nothing more than little business “franchises” that should be run like Uber, the comparisons between schools and ride-sharing companies are not very flattering:

Betsy’s analogy here conveniently ignores the fact that taxi companies are not remotely “like” public schools. Taxi companies are not publicly owned or operated; they are not funded by taxpayer dollars; they are not governed by elected school boards; they are not responsible for “serving” all of a community’s residents. Her analogy also omits the inconvenient truth that ride sharing apps like Uber and Lyft have competed unfairly with taxi companies in many major metropolitan areas by relying upon unqualified and uncertified drivers, and paying those drivers at rates that are much lower than the prevailing wage for cab drivers in that region.

A lot is being said about “school choice” in the education policy arena these days. Perhaps the most important “choice” we can make when it comes to our own schools is to insist that these schools be locally-governed and responsive to their communities.

And to resist the efforts to “franchise” our public schools so they become bland, standardized carbon-copies of corporate rigidity, rather than the vibrant centers of community life that seem to frighten our Secretary of Education, her husband, and their comrades in the education reform movement so very much…

Betsy DeVos stressed that Christians need to focus on “greater Kingdom gain” by “changing … the system of education in the country.”

Dick DeVos echoed that: As the center of the community, “The church … has been displaced by the public school.”