Pay teachers more? Absolutely, but let’s do it for the right reasons 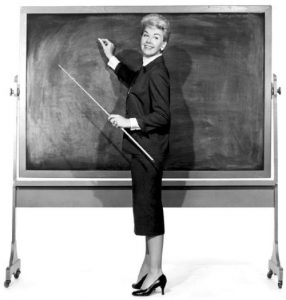 Now Texas Governor Greg Abbott wants to pay “good” teachers $100+K. With workers’ wages stagnating, and teachers being historically underpaid, how is this not great news? Don’t teachers deserve bigger paychecks? Who would turn down a 6-figure salary?!?

Well, as always, the devil is in the details…

For instance, who will determine who the “good” teachers are? Their principals? School board members? Student evaluations? Parent reviews? The governor?

And how will these “good” teachers be identified?

Just for fun, let’s extend the “good” teacher metaphor to other professions…

Are “good” dentists the ones who fill the most cavities, and work in communities without fluoridated water where cavities are more common? Should dentists who help their patients develop good oral health habits so they don’t develop those cavities in the first place be paid more? Or should dentists who open their practice in a wealthy suburb where patients have clean, safe drinking water and access to pharmacies and drug stores get the higher salary?

Are “good” firefighters the ones who put out the most fires? Who should get paid more? The firefighters who work in exclusive gated communities with McMansions sporting smoke detectors and sprinkler systems in every room, or the smoke eaters who toil in blighted neighborhoods where many homes are not up to code and arson is frequent?

Abbott isn’t alone in seemingly just now discovering that teachers are underpaid, nor is his solution the only bizarre one. Don Parker, a charter school operator in Oklahoma recently came up with this “brilliant idea” to increase teacher pay–(Hat Tip to Peter Greene…)

One of the keys to having the best teachers is to pay them better than anyone else. How do we do that in a state with one of the lowest levels of education funding in the country? The answer is leverage. The only way to pay teachers twice what we pay them today with the same level of per-pupil state funding is to have them teach twice as many students. We don’t want more 10th-grade math teachers, for example, we want the best 10th-grade math teacher in the district to teach math to all 10th-grade students [emphasis mine].

Shaking your head yet? Wait, it gets better…and by “better,” I really mean “dumber”:

I recently took a class on presidential selection from a remote college. The professor was excellent. There were 520 students in the lecture hall with him and another 120 students taking the class through a robust live streaming infrastructure. That professor is one of the best and I am sure being paid appropriately, but his skill at delivering content was being leveraged across 620 students at one time with the help of some teaching assistants and an investment in technology. Can the best 10th-grade math teacher in all of Tulsa Public Schools be teaching math in three or four different classrooms at the same time? Yes, with the help of some assistants and enabled by technology. Technology that is paid for with bond issues as opposed to the more constrained operating funds.

The strategy of having the best teachers in the country, paying them more than fairly and leveraging them through technology is applicable in various measures to all levels of K-12 education. What it requires to be successful is the leadership of the district and school board, the support of the community for infrastructure investments and the enthusiastic cooperation of the professional staff. All things within our local control.

Only someone who has never taught anyone anything could come up with the notion that the best way to improve the quality of the nation’s teaching force is to employ fewer teachers while simultaneously increasing their workload exponentially, and eliminating the things that bring most of us to the profession in the first place: the opportunity to build and develop relationships with our students, watch them grow and learn, help them find their passions in life, and become fully functioning members of society.

I’d say more about how monumentally, stupendously dumb Mr. Parker’s idea really is, but I’ll let my friend Peter Greene take over here, because he does it better than I ever could…

If only I had a robust live streaming infrastructure here on my desktop so that you could all hear the sound of my palm smacking my forehead. Parker, it turns out, is one more guy who doesn’t really understand what happens in a school. Parker is one more amateur kibbitzer who doesn’t, for instance, understand the importance of connection and relationship in teaching. Never mind the 10th grade math class that falls apart because it requires high school sophomores to behave and respectfully get their lessons from the stranger on the tv. Imagine a first grade class being taught by someone who’s not in the room, who can’t smile at or hug an individual student.

The more you think about the idea, the dumber it is. How much pay would it take to make a high school English teacher excited about grading 600 essays in a week. How effectively can one construct a classroom discussion between 600 students who aren’t even in the same room? How effectively can a teacher create the important human connection with several hundred students over an internet connection?

While there may be situations that would lend themselves to the kind of teaching-learning context that Mr. Parker is describing above, those situations do not include kindergarten classes, or middle school choruses, or 10th grade math classes. Teaching is not simply information delivery, and schools are not data transfer platforms.

While conservatives like Gov. Abbott and Mr. Parker tend to see employee compensation as a twisted, zero-sum version of Survivor (Outwit, Outplay, Outlast!), or a school-based Hunger Games, that’s not how teachers–or other professionals–are motivated. Dangling a 6-figure salary like a carrot on a stick may work with horses, but professionals are intrinsically motivated, not extrinsically motivated. The research on “merit pay” and other similar inducements for teachers suggests that not only are teachers not motivated by bonuses and other incentives, but that these incentives may actually be negatively correlated to teacher job satisfaction, work effort, and retention. In other words, when an employer tries to use money as a means to encourage employees to “work harder,” those employees actually become less productive, or simply leave. As the authors of the study linked above point out:

Our findings suggest that the Signing Bonus has not operated in the ways policy designers assumed it would. First, while those who created the program expected that an extra $20,000 over four years would be a powerful incentive to attract people who had not seriously considered teaching, participants in our study reported that the bonus money had very little influence on their decisions to enter teaching…

…Second, although the Signing Bonus was paid out over four years to encourage retention, we found that the bonus payments played virtually no role in participants’ decisions about whether (or for how long) to stay in public school teaching or in 2 Massachusetts. Instead, working conditions at the school site, and the impact they had on new teachers’ ability to realize the intrinsic rewards that they expected of teaching, played the biggest role in their decisions. While our small, nonrandom sample limits our ability to generalize, it is noteworthy that eight of the thirteen bonus recipients whom we have followed have already left public school teaching (or Massachusetts) and thus never received the full bonus payment. These findings highlight the importance of considering both intrinsic and extrinsic rewards in designing programs and policies to recruit and retain new teachers. They also suggest the importance of going beyond inducements to use a wider range of policy instruments to address problems of teacher supply and teacher quality.

With all due respect, the point of paying teachers more is not so you can “expect more” from them. That’s a management approach based on the belief that workers must be motivated by incentives to do their best work. It assumes that workers are not predisposed to give their “best effort” at all times, and are somehow “holding back” in the hope that their employer will offer an incentive to “sweeten the pot”, and make that extra effort more worthwhile.

Based on my discussions and interactions with lots of teachers, both novices and experienced educators, I can report with a fairly high level of certainty that teachers are already “maxed out” on effort. Paying them more won’t make them work harder, or teach better, or increase their students’ math and reading test scores. Teachers are already giving 100%, because they are professionals.

More disturbingly, the approach taken by Mr. Parker and Gov. Abbott is based on a view of teachers as lazy, unmotivated, time-clock punchers who give the absolute least amount of effort possible, and are only motivated by enticements, inducements…or threats.

The reason to pay teachers more is not to increase their workloads to 600 students per class, or to tie their compensation to vague assertions of teacher competence that are based on pseudo-science and invalid measures, like VAM.

The reason to pay teachers more is simply to recognize their value as professionals, and to restore the billions of dollars in compensation and school funding that’s been slashed from education budgets over the years by Republican legislators.

Fund public schools adequately and equitably, pay teachers a fair wage, and let them do their jobs without excessive and unnecessary intrusions and interferences.

And let’s put the “accountability” back where it belongs–on each of us to support our public schools, our teachers, and our kids.