Davidson sees a clear path to victory in Michigan’s 2nd Congressional District, because he knows how to listen to what people need. 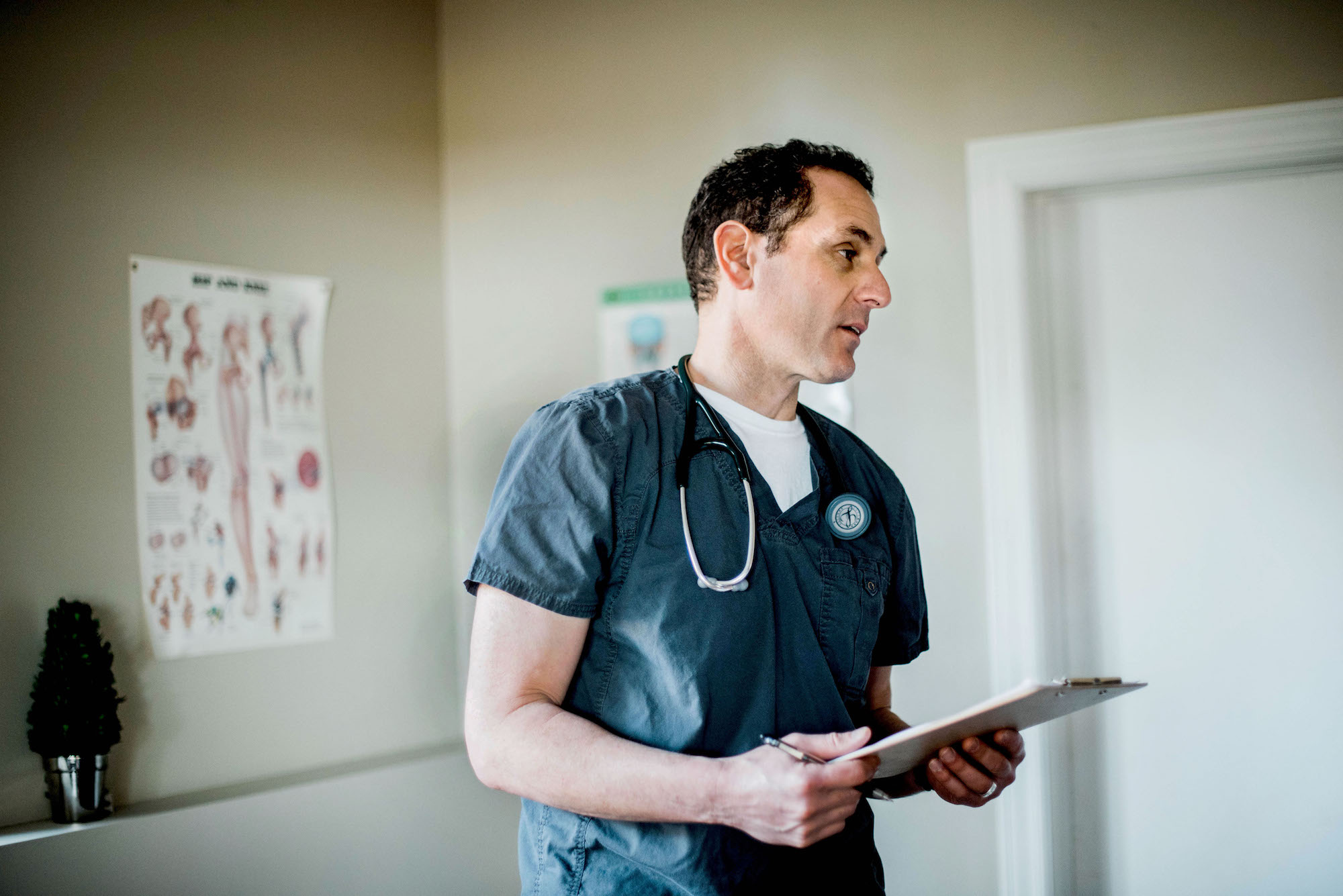 Being an emergency room (ER) physician working the night shift is an eye-opening experience, even when you know the ins and outs of the healthcare system. Dr. Rob Davidson has seen enough to know it’s time for a change.

The cancer patient who couldn’t afford the $250 deductible to see a doctor right away, so he waited until he was vomiting and dehydrated to show up in the ER. The mother who brought her three-year-old to the ER with an earache at 3 a.m. instead of taking her to the doctor during office hours, because her working family only has one vehicle and the middle of the night was the only time she could bring her child to the doctor. The woman who can’t find a provider within 20 miles who will accept her Medicaid plan, so she ends up in the ER three times in three months for issues that could have been taken care of by a primary care physician.

Rob Davidson, M.D., sees these stories on every ER shift, and they’re a big part of the reason the Democrat is running for Congress in Michigan’s 2nd District.

“Like a lot of people, I got more involved after Trump was elected,” Davidson says. “I’ve worked Presidential campaigns, knocking doors and contributing since John Kerry. But the 2016 election was a big wake-up call, so I started to get more involved.”

Moved by the drumbeat of repealing the Affordable Care Act (ACA) from Republicans, including his own Congressman, Bill Huizenga, Davidson attended one of his Representative’s town hall meetings. During the town hall, when called on by Rep. Huizenga, Davidson engaged in a lively 15-minute debate with him about healthcare.

“The phrase he loves, and that’s unfortunate for him, is that he thinks people need ‘skin in the game’ when it comes to healthcare,” Davidson says. “If people wait two days while having chest pain or stroke symptoms, it’s literally heart muscle and brain they’re putting in the game. People wait two days to be seen for time-sensitive, life-threatening conditions, which could mean life or death, or disability, because they can’t afford their deductible even if they have insurance.”

Davidson launched his campaign last year and believes he has a clear path to victory, as long as Democrats show up to the polls in November, because healthcare — his signature issue — is a message that moves people. This week, Davidson released a three-minute video making the case for his campaign and healthcare for all.

Davidson believes healthcare is a right and Huizenga has publicly stated he does not. Huizenga voted for the American Health Care Act, which threatened to take away healthcare from more than 23 million Americans, make healthcare unaffordable for patients with preexisting conditions, raise the price of prescription drugs and impose a healthcare age tax for seniors. Huizenga also voted 65 times to eliminate or significantly weaken the Affordable Care Act, which expanded healthcare to nearly 700,000 people in Michigan and prevents insurance companies from denying healthcare to patients with preexisting conditions.

As Davidson says, politics are rarely black and white, but the contrast between the two candidates could not be more stark.

Huizenga voted to take healthcare away from millions of people while I think there’s an obligation to provide a system of healthcare for everybody. There are other issues, too: For-profit schools, which Huizenga supports, environmental protections and a $15 minimum wage. Corporate PAC money — he’s taken more than $1 million this cycle alone and I signed an oath saying I don’t want any corporate PAC money. He and I are on opposite sides.

People who can afford healthcare — like Huizenga, who receives a top-shelf benefits package as a member of Congress — don’t fully understand the reality of the current healthcare system.

“If you’re a frontline healthcare provider, taking care of a lot of people who can’t afford deductibles, even with insurance, it gives you perspective,” Davidson says. “Whether or not you believe healthcare is a right isn’t critical to me. But you have to acknowledge that it’s a necessity, and there’s a disparity between groups of people based on income and zip code, in terms of who gets proper care and who doesn’t.”

Although Davidson appreciates how much the ACA helped improve healthcare access and affordability, especially through Medicaid expansion, he knows there’s more work to do. That’s why he is a full-throated supporter of Medicare for All, as proposed in the Senate bill sponsored by Senator Bernie Sanders and in a similar House version, H.R. 676. 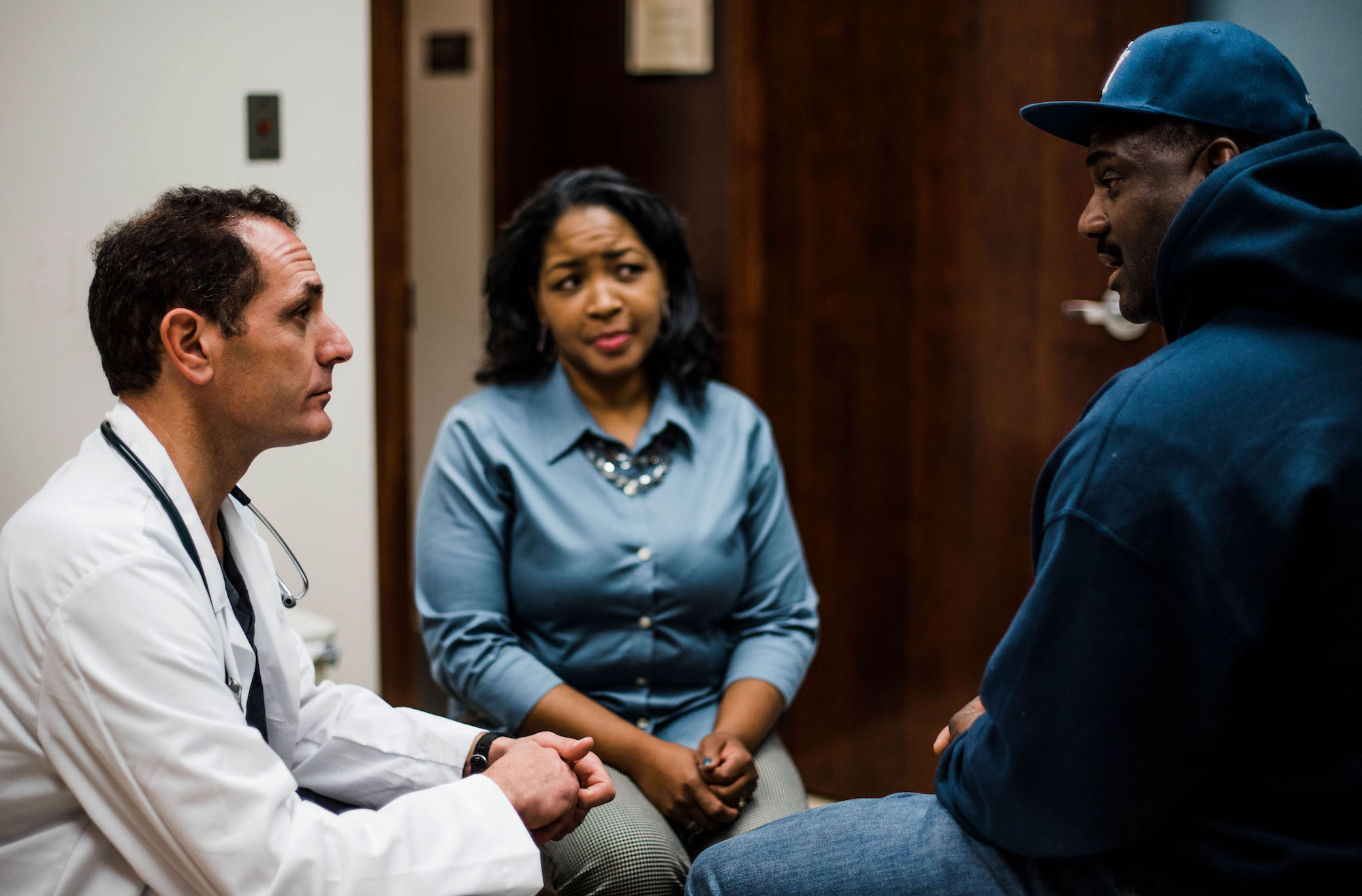 With Medicare for All, there would be no co-pays or deductibles and coverage would be expanded to include all Americans. People would contribute through payroll deductions or a Medicare tax. As Davidson points out, people don’t really care who they make their payments to, as long as they get the healthcare services they need and have more money in their pocket.

“No one would have to worry about going bankrupt under this plan,” Davidson says. “And one conservative think tank estimated it would save the federal government $2 trillion over 10 years, which would pay for the debt incurred by the ridiculous tax giveaways in the Republican tax bill while providing health insurance to 33 million more people.”

As Davidson explains, Medicare is the country’s most efficient program, serving patients who cost the healthcare system the most. By bringing younger, healthier people into a larger risk pool, which is a component of every insurance program, Medicare for All would decrease the cost curve and make it even more efficient. It would also be good for the economy, because it would eliminate the uncertainty businesses currently face over the cost of their employees’ coverage each year.

Frankly, Davidson says, the only people who would oppose a plan that saves money, boosts the economy and covers more Americans are ideologues strictly opposed to any government programs, like Rep. Huizenga.

“I’m a doctor and I don’t want government telling me what I can do as a physician,” he says. “This is government as a payer, not a provider.”

Davidson realizes there’s an uphill battle to be waged to make Medicare for All a reality, battling what he calls the “unholy trinity”: insurance companies, pharmaceutical companies and banks. There’s no role for insurance companies in a Medicare for All system, and the current bills give the government the power to bargain with pharmaceutical companies for better drug prices. As for banks — who, along with pharmaceutical companies, are among Rep. Huizenga’s contributors — they currently profit from Health Savings Accounts (HSAs), which really only help people earning more than $100,000 a year — the average family in MI-02 makes about $53,000 a year — and do little more than pay lip service to making healthcare more affordable.

But Davidson has hope. In fact, he says hope is how he thinks he wins this Congressional seat.

People like me, who won’t take corporate PAC money, if we keep winning over time it’s a snowball effect — we get enough of us to reach critical mass in Congress of people not influenced by big checks from insurance companies and banks, like Huizenga. It gives other people hope.

To that end, Davidson hopes his campaign inspires other people to get involved, too.

“I was a regular guy, living life, married 25 years and raising three kids, just doing my job — and then a spark went off: ‘Hey, there’s an opportunity here for me to be part of the change we all want,'” Davidson says. “People who are throwing things at their TV and posting on Facebook in all caps should do something, too: Run for office, make a contribution if you can or volunteer to knock doors. That’s how we change things.”

To learn more about Dr. Rob Davidson, including making a contribution, visit his website. You can also watch his new video below.